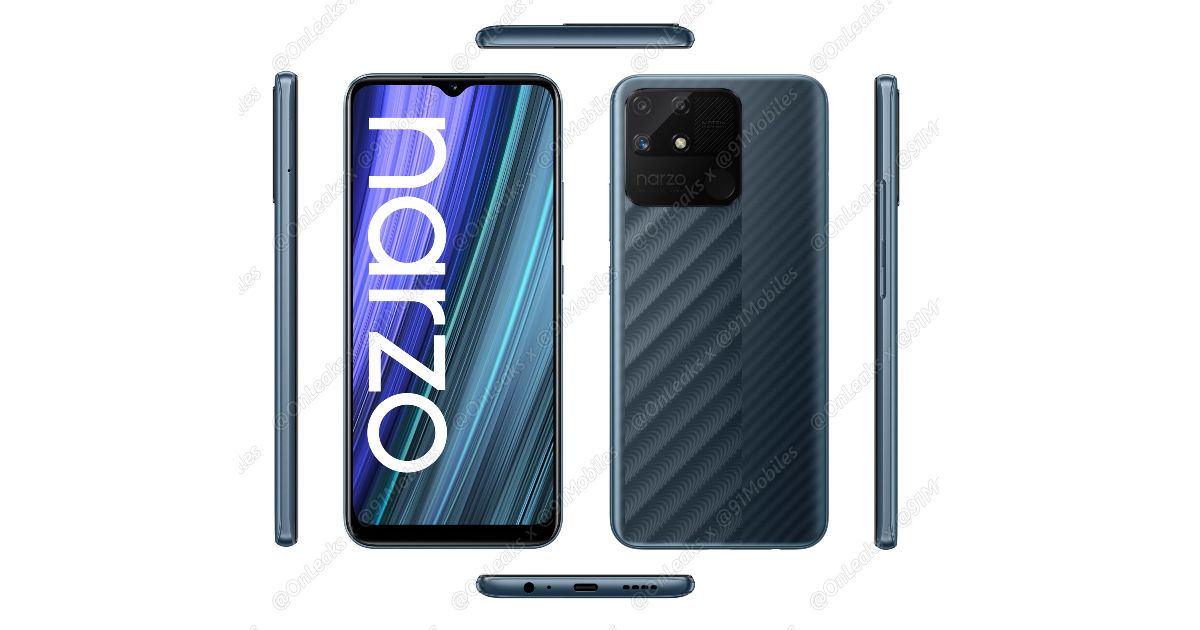 Realme Narzo 50 series has been officially teased by the company’s India and Europe CMO, Francis Wong. The lineup is expected to include multiple variants, presumably Narzo 50A, Narzo 50, and Narzo 50 Pro. Furthermore, in addition to teasing the Narzo 50 series on Twitter, the company’s executive has confirmed the Narzo 50A, which should be an affordable offering in the series, will be powered by the MediaTek Helio G85 chipset. The phone will ship with 1GHz GPU and HyperEngine enhancements for a seamless gaming experience. Unfortunately, the executive hasn’t shared the Realme Narzo 50A launch date in India yet. 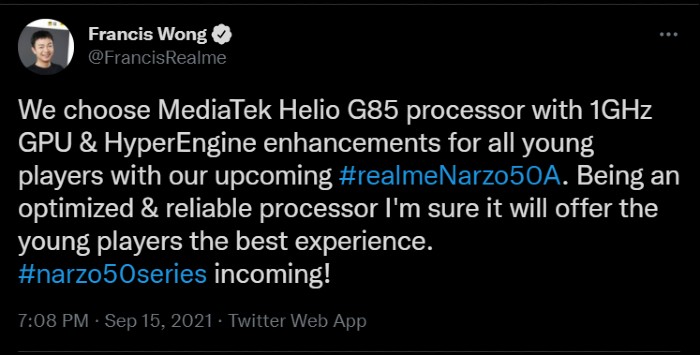 91mobiles had exclusively revealed the Realme Narzo 50A renders, showing off the entire design in full glory. The Realme Narzo 50A features a dual-tone design with vertical stripes. The large camera module on the back houses triple sensors and interestingly, the fingerprint sensor as well. The power and volume rocker are on the right side. The bottom part sees the 3.5mm audio jack, speaker grille, and USB Type-C port. On the front, it has a waterdrop notch for the selfie snapper and narrow bezels. The SIM tray section is on the right spine.

Realme Narzo 50A has received BIS certification back in August with the model number RMX3430, which suggests the India launch isn’t that far away. It is reported the phone will be available in Oxygen Green and Oxygen Blue colour variants. The handset is said to come in 4GB/64GB and 4GB/128GB variants.  The phone is said to pack an 8MP snapper on the front for selfies and video chats. It is tipped to have a triple camera setup on the back, lead by a 13MP snapper. We should know more details soon.