Home Mobiles Realme Narzo 50A Prime India launch just around the corner as the...
Highlights 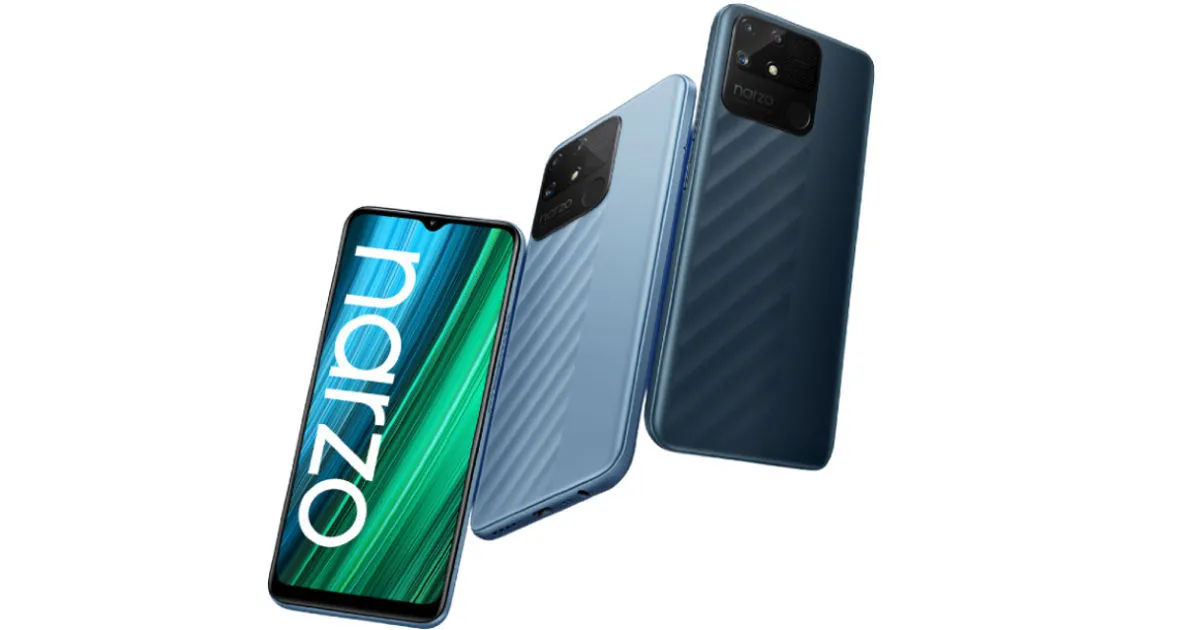 Realme Narzo 50 series so far consists of three models: Narzo 50A, Narzo 50i, and the vanilla Narzo 50. Now, it appears the company is gearing up to launch a fresh new model, dubbed as the Narzo 50A Prime. After being listed on multiple certification websites, it has now appeared on the Bureau of Indian Standards (BIS) and NBTC certification platforms with the model number RMX3516, as spotted by MySmartPrice. The latter confirms the moniker of the phone for the first time officially. This is a clear indication to suggest the launch could be inching close. The China Quality certification from earlier had confirmed some of the key specifications, such as the battery capacity. The Realme Narzo 50A Prime BIS and NBTC listing don’t really reveal much about the phone but as said the China Quality certification had spilled some beans. It is said to come with a 4890mAh capacity battery, but the brand will likely market it as a 5000mAh unit and have 18W fast charging support. It will run on Android 11 OS out of the box, which should have Realme UI 2.0 custom skin.

Separately, the FCC listing revealed it would measure 164.30 × 75.60 × 8.15mm and weighs about 193grams. It is said to support 18W fast charging support out of the box. Unfortunately, that’s pretty much everything we so far know about the Realme Narzo 50A Prime at the moment but we should learn more details about the phone as we inch close to the launch date.

Realme Narzo series is the company’s affordable gaming series and it has been pretty successful in luring younger audiences towards it. The company has even integrated 5G support for the first time with the Narzo 30 and Narzo 30 Pro Pro 5G last year, and we believe the same could happen this year as well. This comes amidst the brand working towards unveiling the Realme 9 series on March 10th, along with rumours surrounding the Realme GT 2 Pro announcement later this month.