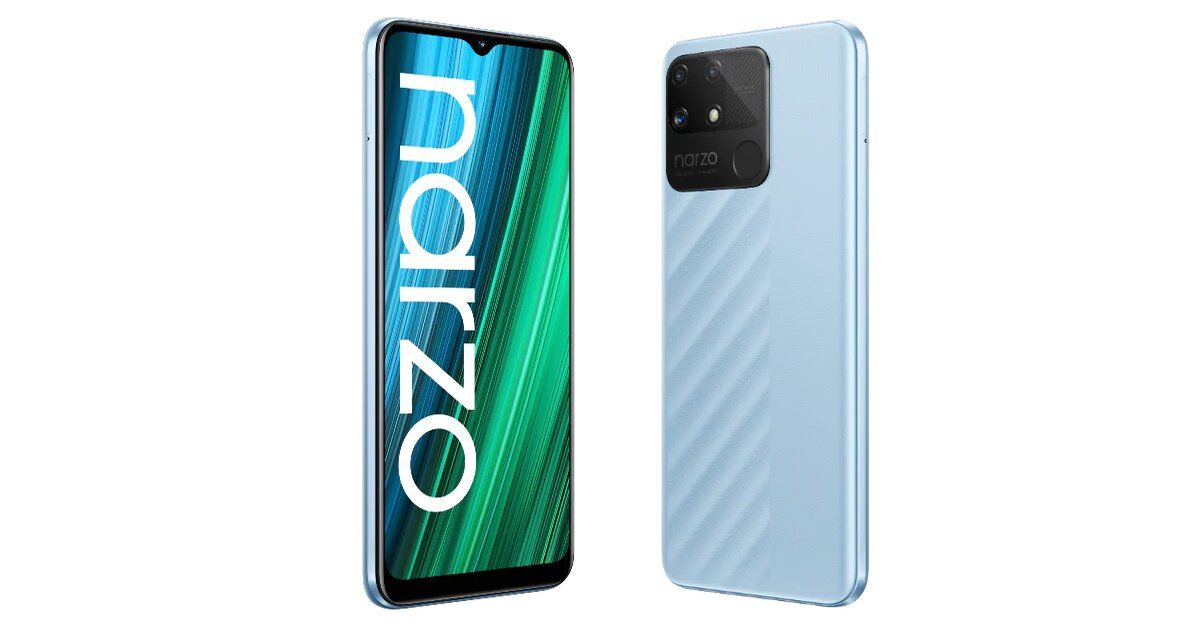 In addition, he also mentioned that the company is likely to launch a new C-series phone also, called the Realme C35. In the screenshot, he has shared the source code of both devices. It confirms that both the Realme smartphones with model numbers RMX3511 and RMX3516 respectively may arrive with final marketing names such as Realme C35 and Narzo 50A Prime.

The image also points to another Realme phone that has an RMX3521 model number. At present, there is no name mentioned of that device. The RMX3511 and RMX3516 have previously been spotted in the database of Eurasian Economic Commission (EEC) as well. So this confirms that both the devices could launch in Europe, with their timeline yet to be revealed.

Realme Narzo 50A and Narzo 50i price and specifications

The Realme Narzo 50i is an entry-level device that sports a 6.5-inch LCD HD+ display with 400 nits of peak brightness. The smartphone is powered by a Unisoc SC9863A chipset, with up to 4 GB of RAM and 64GB of internal storage. The Narzo 50i gets an 8MP rear camera and a 5MP selfie camera. The phone packs a 5,000mAh battery that supports reverse charging as well. It boots out of the box with Android 11, based on the Realme UI Go edition. The smartphone was launched at a starting price of Rs  7,499.

The Realme Narzo 50A on the other hand flaunts a similar 6.5-inch HD+ display with up to 570 nits of peak brightness. It is powered by the MediaTek Helio G85 chipset coupled with Mali-G52 GPU, 4GB RAM, and up to 128GB internal storage that is further expandable via a microSD card. The Realme Narzo 50A features a triple camera setup at the back with a 50MP primary sensor, a 2MP macro lens, and a 2MP  B&W portrait lens. There is an 8MP snapper on the front for selfies and a rear-mounted physical fingerprint sensor as well. The Realme Narzo 50A retails in India for Rs 11,499 for the 4GB+64GB model and Rs 12,499 for the 4GB+128GB storage version.