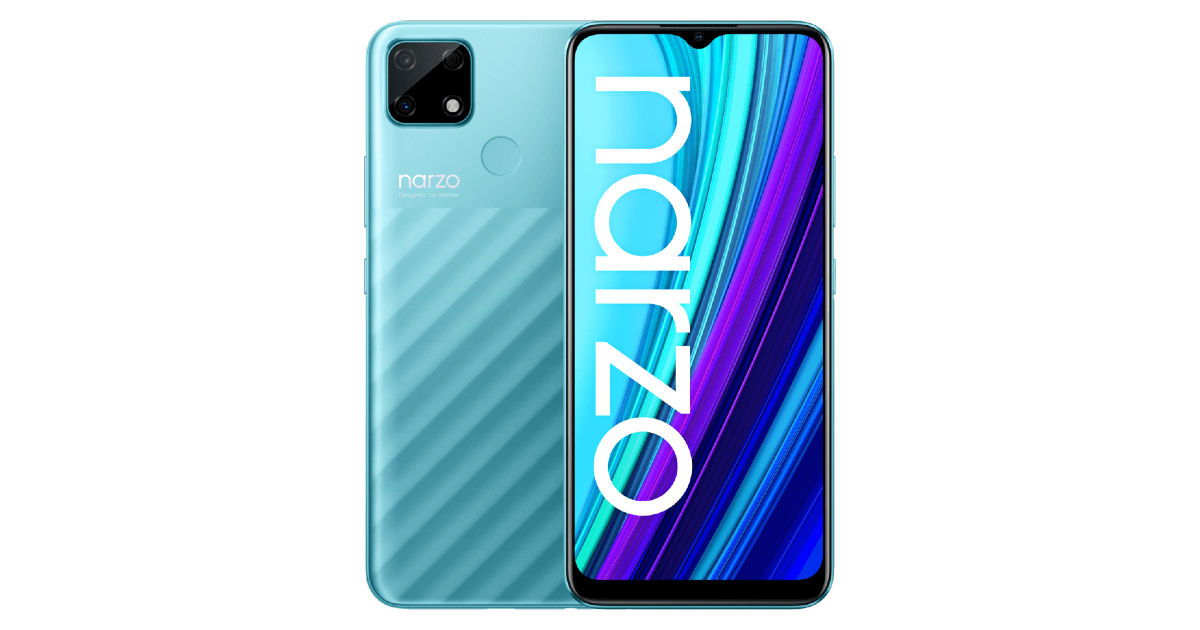 Realme Narzo 50A launch seems to be around the corner as the smartphone has appeared on the BIS and NBTC certification sites. The phone carries the model number RMX3430, which was also spotted on the IMEI database back in June. According to some tipsters, Realme has cancelled the Narzo 40 series and will launch the Narzo 50 series instead, starting with the Narzo 50A. The BIS and NBTC websites don’t reveal anything about the Realme Narzo 50A specifications, but tipster Mukul Sharma has outed the colour options and RAM and storage variants coming to India.

Realme Narzo 50A price in India could be announced soon as the phone has received the BIS certification, which means its release is around the corner. Tipster Mukul Sharma, who spotted the BIS and NBTC listing, reveals that the Realme Narzo 50A will be available in Oxygen Green and Oxygen Blue colour variants.

So yes, as I tipped long ago, Realme is indeed launching its Realme Narzo 50A soon. The device has received the NBTC and BIS certification.
Oxygen Green, Oxygen Blue, 4GB/64GB, 4GB/128GB.
Feel free to retweet.#Realme #RealmeNarzo50A pic.twitter.com/cv8kMp9VQr

Realme skipping Narzo 40 series due to

Tipster Abhishek Yadav separately tweeted that the Realme Narzo 40 series has been cancelled. This means the Narzo 50 series will succeed the Narzo 30 series. It is unclear whether he has learned this from sources or whether this is based on the fact that the Narzo 50A has received the BIS certification. Historically, the number 4 is considered bad luck in China, which is probably why Chinese companies like Realme and OnePlus have avoided the number. Realme never launched the Realme 4 series or the X4 series, while OnePlus jumped from the OnePlus 3 series to the OnePlus 5 series. The fear of number 4 is called Tetraphobia.

Separately, Realme is set to launch the Realme C21Y in India on Monday, August 23rd. The phone is a minor upgrade over the Realme C21. The handset features a 6.5-inch display and a 5,000mAh battery. It is powered by the Unisoc T610 processor and the phone comes equipped with a 13MP triple camera system. The Realme C21Y will be available in Cross Black and Cross Blue colour options.