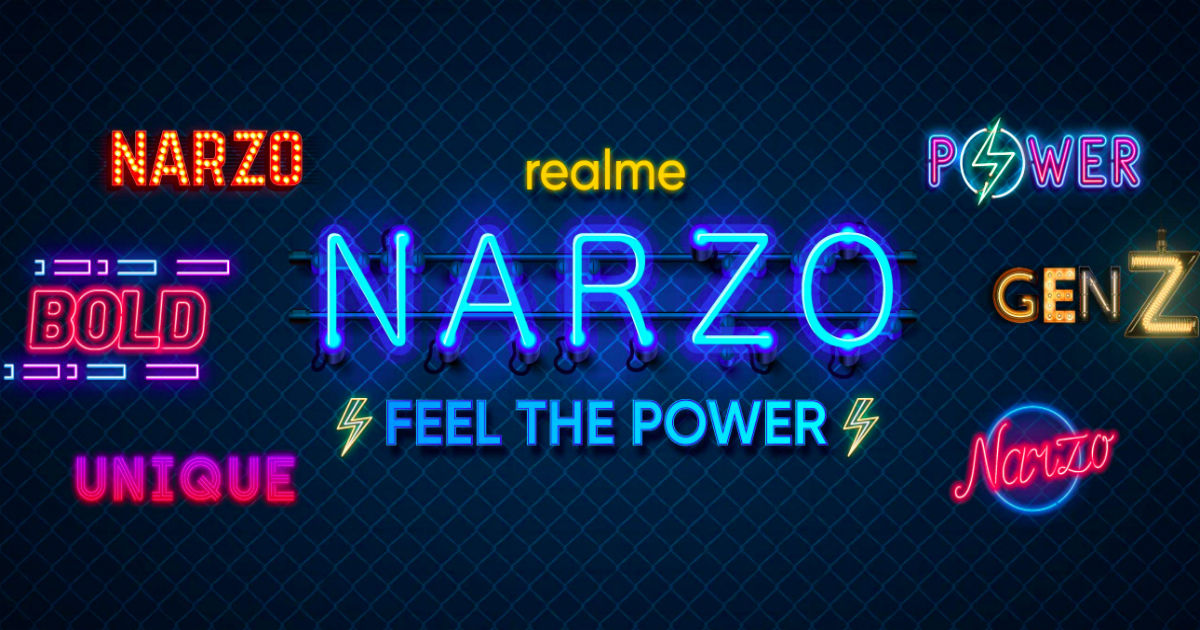 On Wednesday, Realme teased an upcoming product called Narzo. Later that day, 91mobiles exclusively reported that Realme Narzo is a new smartphone series that will compete against Redmi and POCO in India. Now, Realme has officially confirmed that Realme Narzo is indeed a new smartphone series that will be “Unique. Extraordinary. Bold” as per the company’s latest teaser. The teaser video describes Narzo as a new series with max performance in the segment and customised for Gen Z. Beyond this, the company is yet to reveal what the new series smartphone will look like, but it is expected to launch in India soon.

Unique. Extraordinary. Bold.
Words that define you, words that define it.
Get ready to #FeelThePower, with the new smartphone series, the #realmeNarzo!
Stay tuned to know more.https://t.co/fMrX6tbyLb pic.twitter.com/g9VhNGpS0N

While not much is known about the Realme Narzo series yet, sources have informed us that there will be two models at launch. It’s possible the phones could have a refreshed new design, beefy battery capacities, more storage, high-end optics, and powerful chipsets. It is unclear whether the Narzo series will be placed higher or lower than Realme’s existing X-series. We should learn more about the series in the days to come. Stick around.

In the meanwhile, the company recently announced the Realme 6i smartphone in Myanmar. It comes with a 6.5-inch HD+ display with a waterdrop notch to accommodate the selfie camera. It is powered by an octa-core MediaTek Helio G80 12nm processor with ARM Mali-G52 2EEMC2 GPU, up to 4GB of RAM and up to 128GB storage that is further expandable up to 256GB via a microSD card. The handset boots Android 10 OS with Realme UI 1.0 custom skin on top. Connectivity options include Dual SIM 4G VoLTE, Wi-Fi, Bluetooth 5, GPS/ GLONASS/ Beidou, USB Type-C, 3.5mm headphone jack, and FM radio.