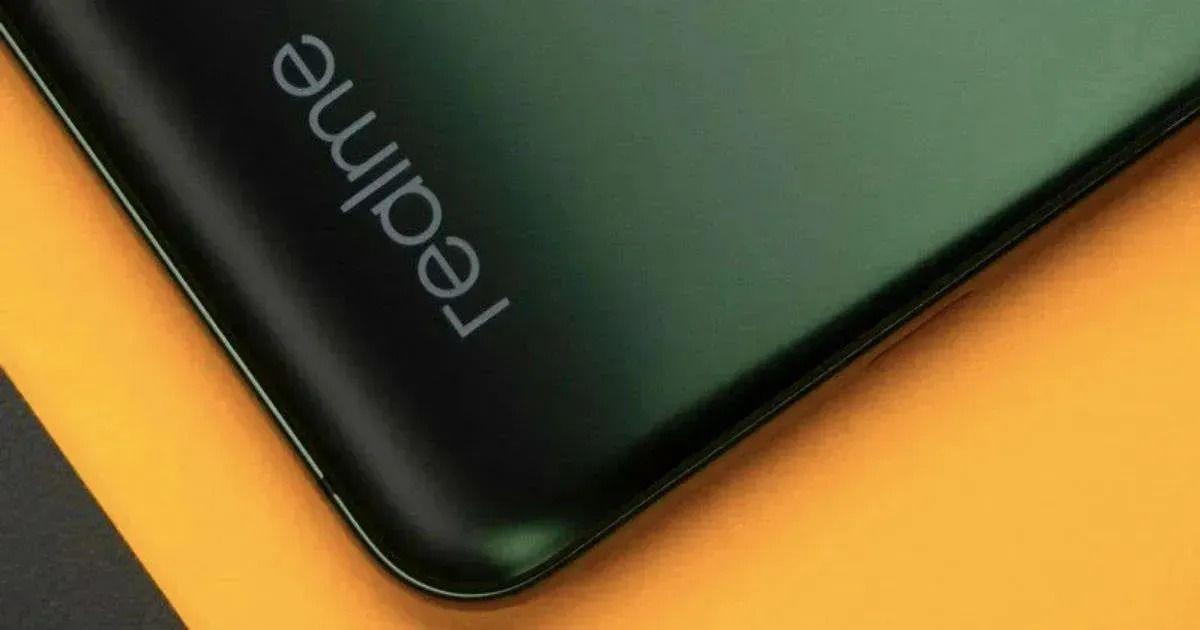 Realme has become India’s second largest smartphone maker, even as the country’s smartphone market continued to slump. The Indian market’s decline has continued in the June quarter as well, according to data from market research firm IDC’s latest quarterly devices tracker report. According to the firm, despite a 2.9 percent year-on-year (YoY) growth in devices shipments to 34.7 million units this quarter, as against 33.8 million in Q2 2021, the Indian smartphone market saw a 5% sequential decline, or decline in shipment numbers from the previous quarter.

How each smartphone OEM fares in India

China-based smartphone OEMs Realme and Vivo, meanwhile, were the biggest gainers — despite market headwinds. While Realme shipped 6.1 million smartphones in India in Q2 2022 to grow 23.7 percent, Vivo shipped 5.9 million devices during the same quarter, at 17.4 percent YoY growth. This has helped Realme jump places and become the second largest smartphone brand in India, right behind Xiaomi. The latter, which is the biggest phone brand in India at the moment, has managed to hold on to its market rank — but by far slimmer margins than before. 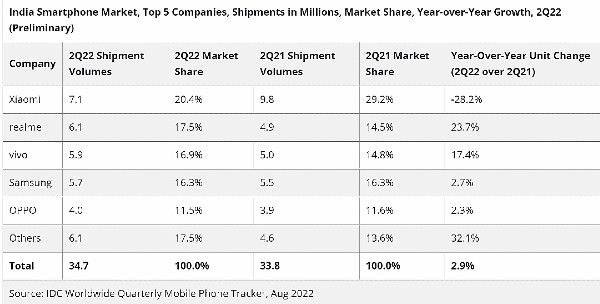 According to IDC, Xiaomi shipments declined by a whopping 28.2 percent in Q2 2022, falling to 7.1 million units. Two years ago, in Q2 2020, Xiaomi shipped three times the number of devices that Realme shipped to India. While the gap between Xiaomi and Realme back then was of nearly 20 percentage points, the same gap is now lesser than three percentage points. This further highlights Realme’s strong growth in India, since Xiaomi shipments have actually grown from two years ago.

Samsung, it is interesting to note, has fallen to the fourth place in the Indian smartphone shipment rankings. For Samsung too, while its shipments grew 2.7 percent YoY, it was outpaced by Realme and Vivo’s growth in India. Nevertheless, IDC says that Samsung has the highest average selling price (ASP) among the top five phone makers in India — with an ASP of nearly Rs 20,000. In comparison, the ASP of the Indian smartphone market as of this quarter is around Rs 16,800.

Oppo held on to its fifth spot in the rankings, growing 2.3 percent to ship 4 million smartphones in the June quarter.