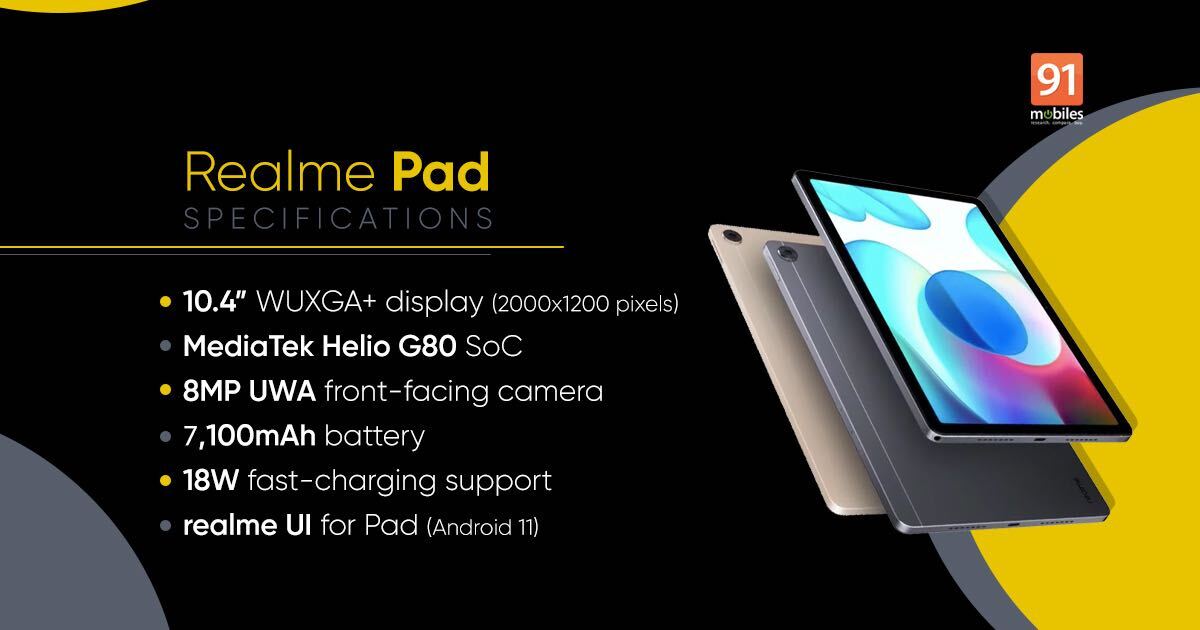 Realme Pad was launched in India on Thursday as the company’s first-ever tablet. It marks the entry of Realme in the tablet segment which sees the likes of Samsung and Apple dominating with the Galaxy Tab and iPad, respectively. The Realme Pad will look to impress first-time tablet buyers with a premium design language, lightweight build, and an attractive display, all at an aggressive price tag. Realme Pad price in India, sale date, and specifications were revealed on stage alongside the Realme 8s and Realme 8i smartphones. Read on to know more about what the Realme Pad offers.

Realme Pad price in India is set at Rs 13,999 for the Wi-Fi-only variant with 3GB RAM and 32GB internal storage. This variant, however, will not be available during the first sale. The 4G+LTE version comes in 3GB+32GB and 4GB+64GB variants that are priced at Rs 15,999 and Rs 17,999, respectively. The Realme Pad first sale in India is on September 16th at 12 noon and the tablet will be available through Flipkart, realme.com, and leading retail stores across India. The device comes in Realme Grey and Realme Gold colour options. 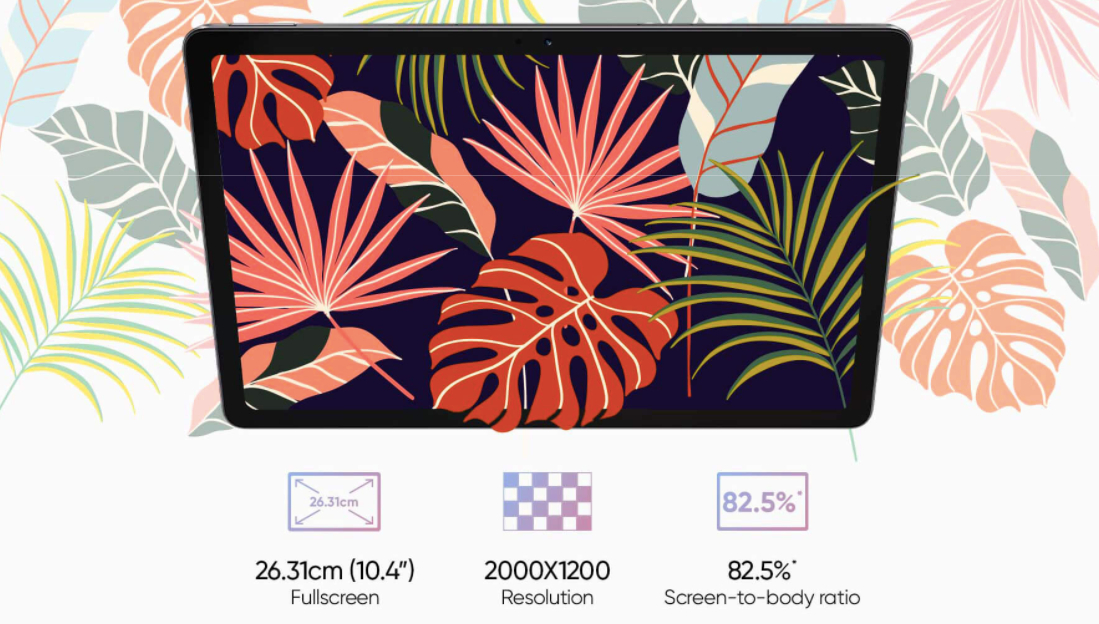 The Realme Pad features a 10.4-inch WUXGA+ display with a 2000×1200 pixel resolution and an 82.5 percent screen-to-body ratio. The tablet offers a premium look and feel with a metal body design. The Realme Pad touts a slim form factor measuring just 6.9mm at its slimmest. The Realme Pad also weighs just 440 grams, making it a lightweight tablet as well.

Powering the Realme Pad is the MediaTek Helio G80 chipset, which has been used in several mid-range smartphones. The chipset is known for offering a smooth gaming and multimedia experience, which is what one can expect from the Realme Pad as well. The chipset is paired with up to 4GB RAM and 64GB internal storage. The device comes in Wi-Fi and 4G+Wi-Fi variants. 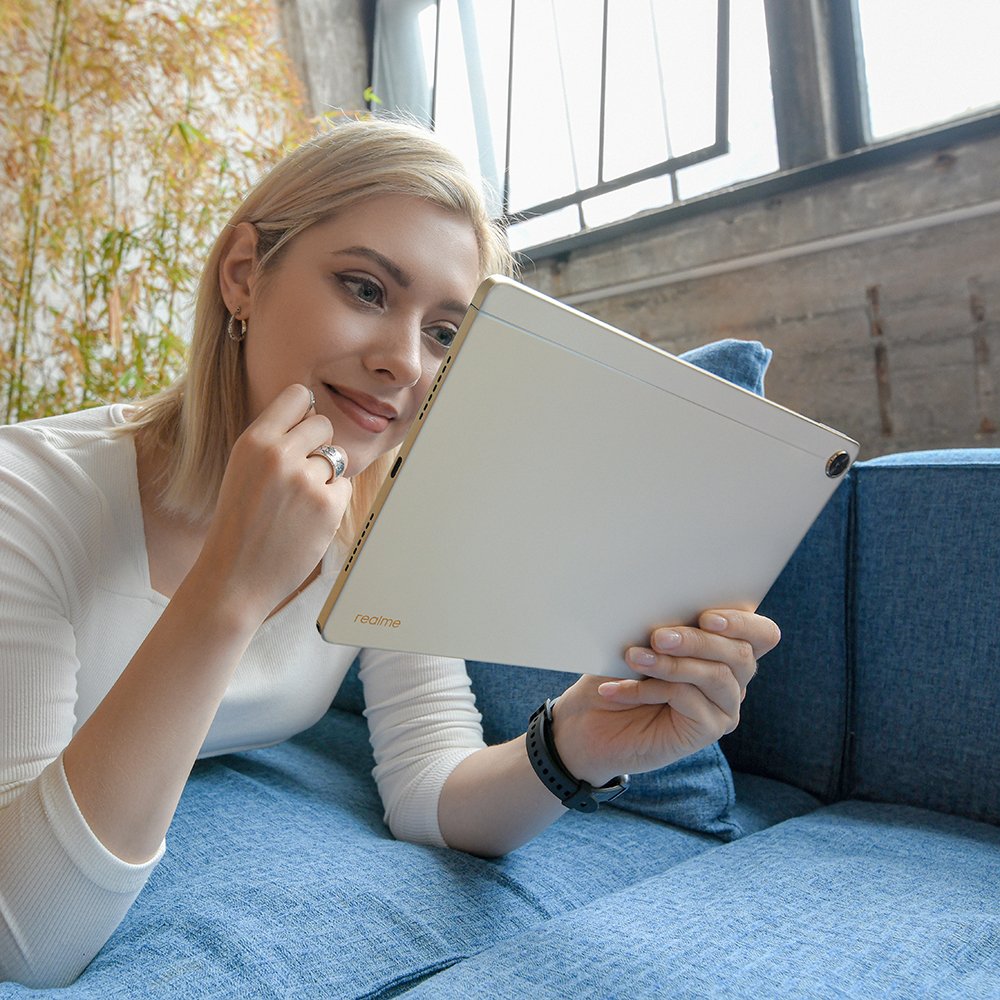 The Realme Pad features Dolby Atmos quad speakers with Hi-Res Audio certification to deliver a crisp, surround sound experience. The tablet packs a 7,100mAh battery that can last 65 days on standby and deliver up to 12 hours of video playback. The device supports 18W fast charging.

The Realme Pad gets an 8MP front camera and dual-mic noise cancellation. The Realme Pad ships with Android 11-based Realme UI design for the tab. The tablet comes with a Smart Connect feature that lets you pair it with wearables and Realme TV to project the screen. Realme says the tablet also comes with Google Kids Space to ensure a healthy and informative experience for children.