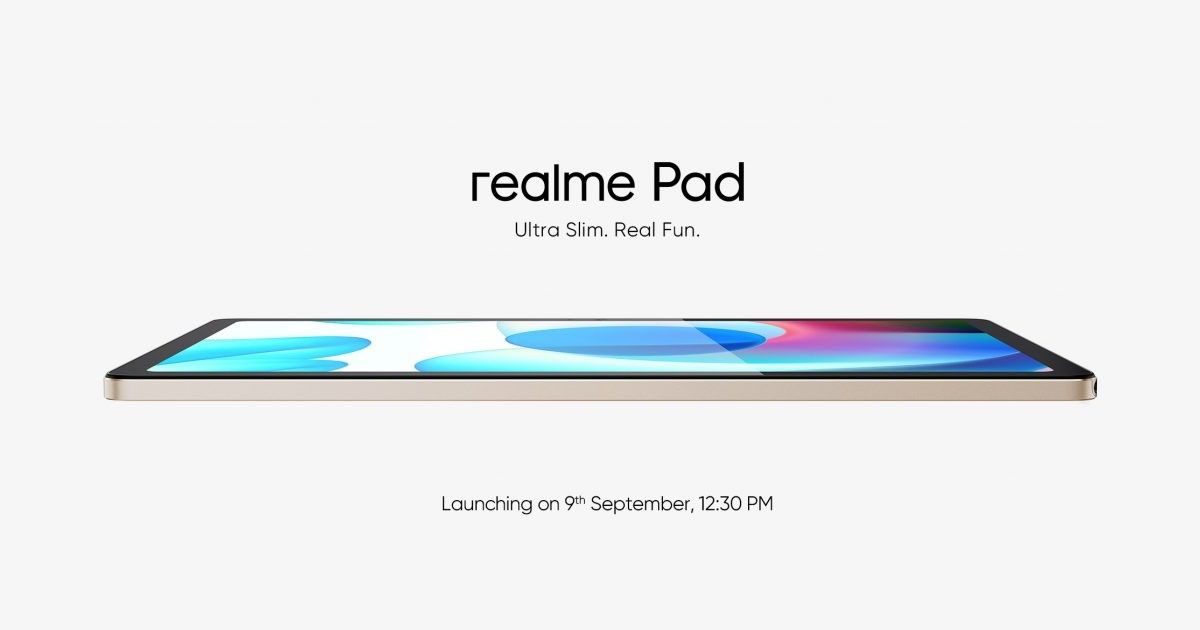 Realme Pad price in India will be revealed on September 9th at 12:30 PM IST. The tablet will arrive alongside Realme 8i and Realme 8s smartphones. The company already confirmed the tablet will be slim, measuring 6.9mm in thickness. Now, the latest teaser image shows the Realme Pad will sport a 10.4-inch display and will have a WUXGA+ immersive display with 2000×2000 pixels resolution, and an 82.5 percent screen-to-body ratio, which is impressive for a tablet. The render image shared shows the tablet has narrow bezels and a widescreen real-estate to fit more content. 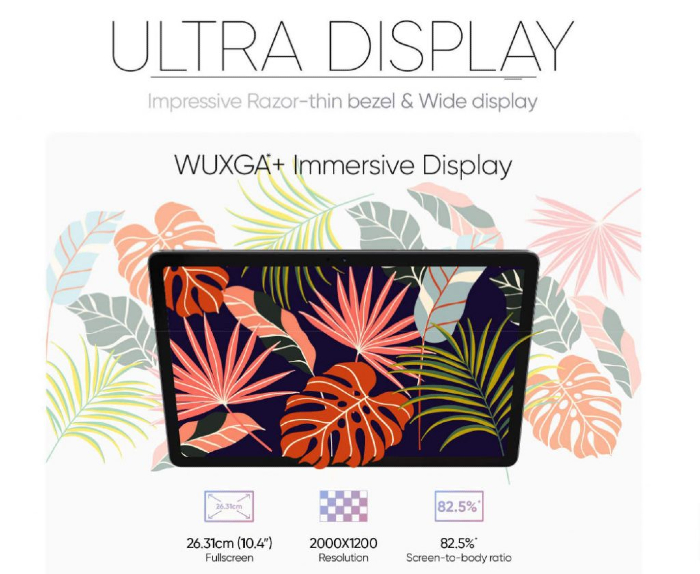 As for the specifications, the Realme tablet was recently spotted on Geekbench with the model number RMP2102. It is said to be powered by the MediaTek Helio G80 chipset coupled with 4GB RAM and Android 11 OS with Realme UI 2.0 custom skin out of the box. It is said to feature an AMOLED display and is said to feature an 8MP front and back camera with autofocus support. The tablet is said to flaunt an aluminium unibody design and have stylus support for touch support. It is said to measure 246.1 x 155.8 x 6.8~8.4mm and is expected to come with 6GB RAM and 64GB of internal storage that should be further expandable. Earlier leaked renders showed the Realme Pad will have quad speakers with two on the top and the other two at the bottom, alongside a USB Type-C port.

Separately, Realme also confirmed to launch Realme Pocket 3W and Realme Cobble 5W Bluetooth speakers in the country on September 9th. The former is said to have a compact and is said to weigh 113 grams. It comes with stereo pairing, three equalisers presets and comes with 88ms super-low latency. There is a microphone for taking calls and is IPX5 splash resistant. The Bluetooth speaker is said to pack a 600mAh battery and is claimed to last up to 6 hours and charges through a USB Type-C port. 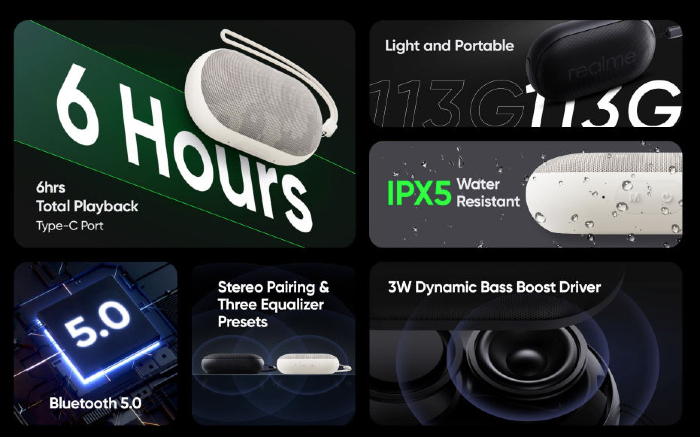 On the other hand, Realme Cobble Bluetooth Speaker has a 5W Dynamic Bass Boost Driver that offers stereo pairing, three equalisers presets. It comes with 88ms super-low latency, a microphone for taking calls, and is IPX5 splash resistant. The speaker packs a 1500mAh battery with up to 9h of playback and charges via a USB Type-C port. We should know the pricing but, for now, they’re listed on the company’s website.