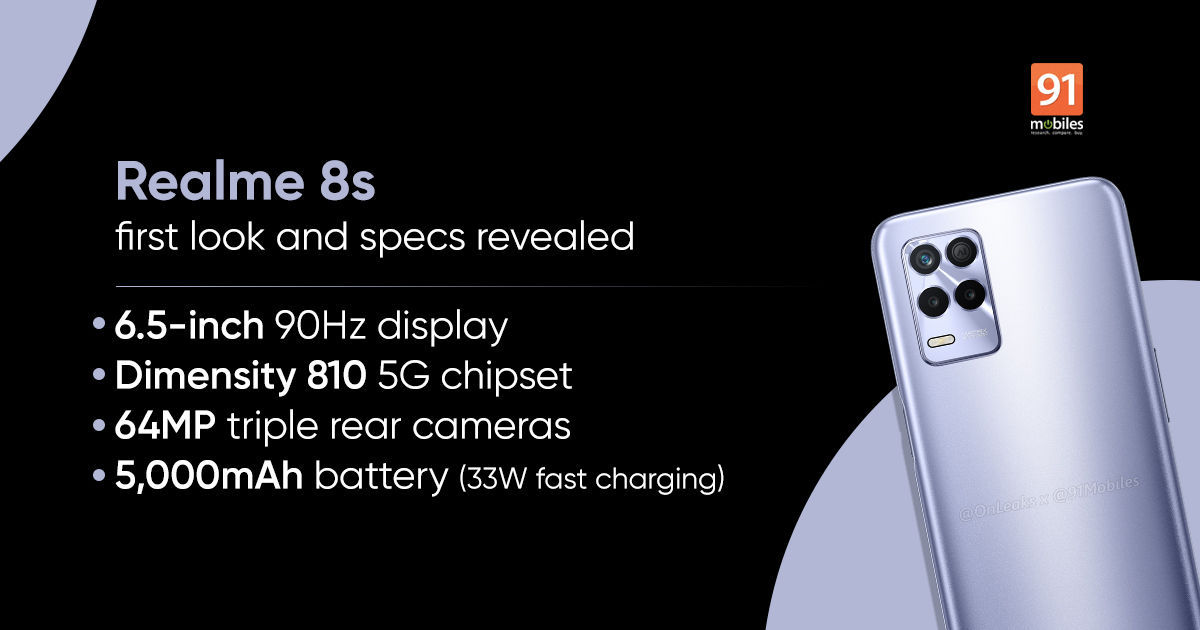 Do you want #realme to be the first to bring MediaTek Dimensity 810 Processor in the world? https://t.co/RVcrsnzvE5 The Realme 8s is most certainly the upcoming phone to be powered by the Dimensity 810 chipset. Tipster @OnLeaks told us that the Realme 8s sports a 6.5-inch display with a 90Hz refresh rate. The Dimensity 810 processor is paired with 6GB RAM and 8GB RAM options, with an additional 5GB of virtual RAM. The Realme phone will be offered with up to 256GB internal storage.

As for the cameras, the Realme 8s will feature a 64MP primary camera since the Dimensity 810 can support it. At the front, the phone gets a 16MP camera for selfies and video calls. The Realme 8s packs a 5,000mAh battery that supports 33W fast charging. The phone also features a Type-C port and a 3.5mm headphone jack. That’s all we know about the Realme 8s specifications for now.