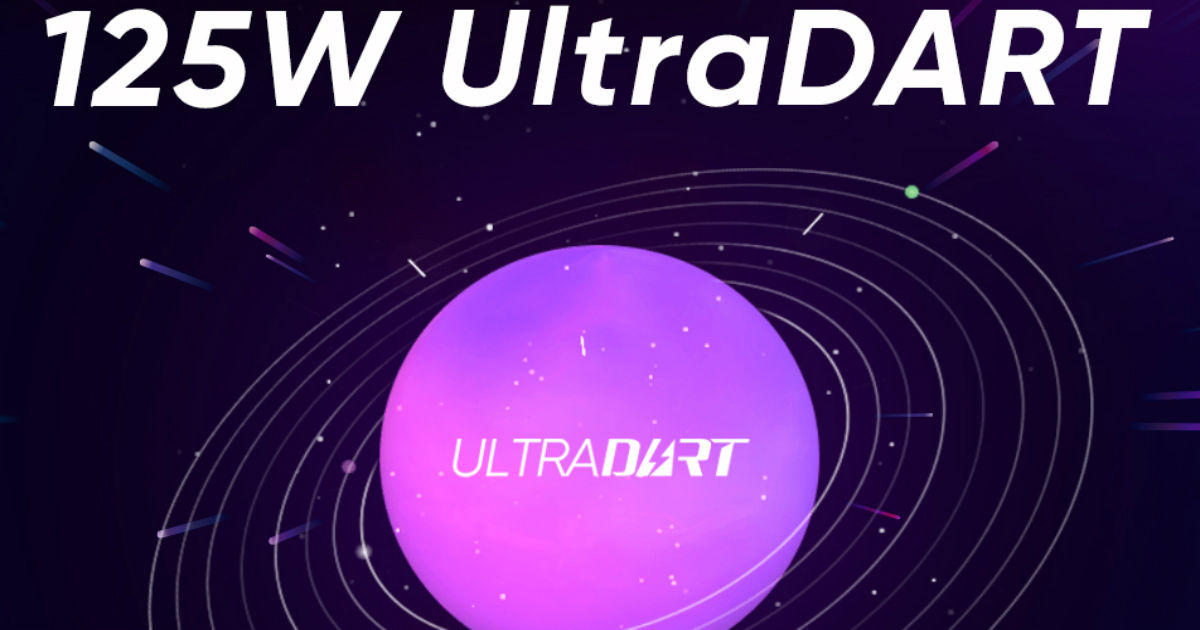 Realme 125W UltraDart fast charging technology was announced in China back in August and it seems the solution will make its debut in Europe soon. Madhav Sheth, CEO of Realme India and Europe, has teased that the new 125W UltraDart charging brick will make its debut very soon. In a tweet, the executive said, “we’re planning #FAS7ER things for Europe.” This also suggests that the first Realme phone with 125W charging support will launch soon. While the Realme chief hasn’t explicitly mentioned the model, it could be part of the Realme 7 series. The company will be launching the Realme 7 and Realme 7 Pro in Europe on October 7th. 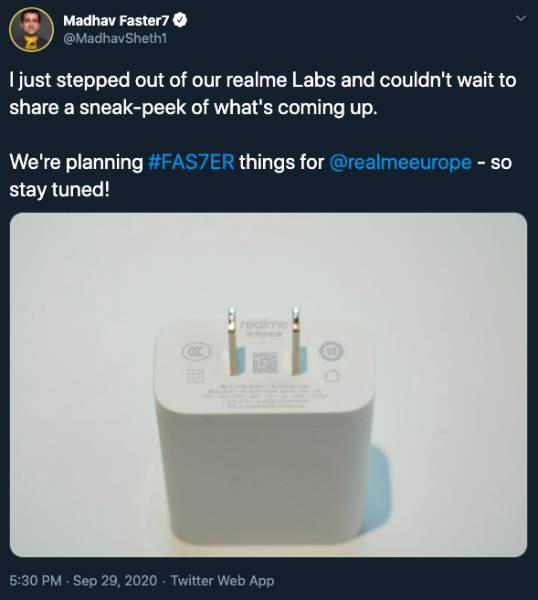 Realme 125W UltraDart Flash charging standard is claimed to charge a 4,000mAh battery up to 33 percent in just 3 minutes and to 100 percent in just under 20 minutes. The company clarified that it will maintain the temperature under 40-degrees for a safer and smarter charging speed. Realme mentioned that it will adapt to multi-layered protection and can charge the phone even while gaming. To recall, Realme was the first to introduce the 65W SuperDart fast charging solution in India with Realme X50 Pro earlier this year.

Separately, Realme is gearing up to launch Realme 7i and Realme 55-inch smart 4K TV in India on October 7th. The handset debuted in Indonesia earlier this month as a stripped-down version of the standard Realme 7. As for the Realme TV, it is the first TV in the world to come with the new SLED technology, which has been developed by the company in partnership with John Rooymans, chief scientist of SPD Technology (Spectral Power Distribution). The TV is said to be made in India and it may be priced at Rs 69,999 MRP.