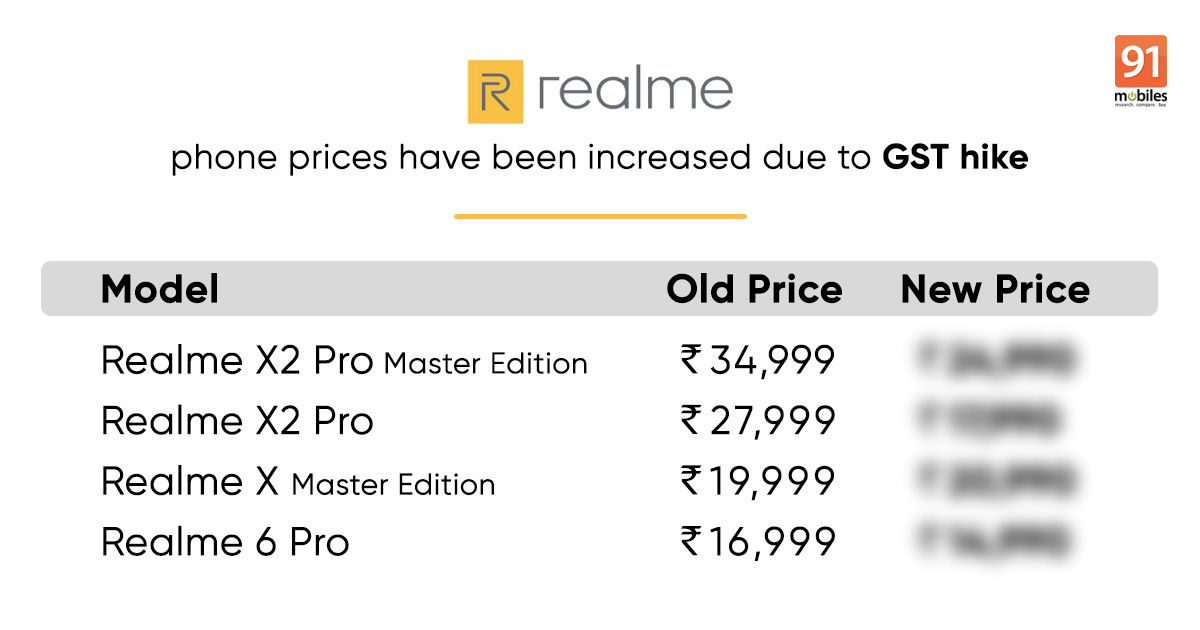 Realme phones’ prices in India have been hiked starting today as a consequence of the government raising GST on smartphones. To recall, the government last month raised GST on smartphones from 12 percent to 18 percent effect April 1st. With the Realme phone price hike announcement, the new smartphone brands has joined vendors such as Xiaomi, Samsung, OPPO, and Vivo in increasing prices of their products. This comes amid the ongoing coronavirus-induced lockdown that has put the whole country on hold as well as the depreciating value of the Indian rupee vs the US dollar.

The former OPPO sub-brand, Realme has released a statement on the price hike, saying it has been forced to increase prices of its smartphones for the first time since 2018. The company attributes the price hike to the increase in GST, the rising costs of components due to the coronavirus, and the fluctuating value of the rupee. The hiked Realme phone prices are now reflecting on the company’s website. Here’s a complete list of smartphones from Realme whose price has been hiked.

From what we can see, most of the Realme devices have gotten a Rs 1,000 bump from the prices at which they were originally launched. For the Realme 5 Pro, which had a price cut in January, the price tag now is the same as its launch price. For higher-end devices such as the Realme X2 Pro and X2 Pro Master Edition, the price hike is Rs 2,000 more. The Realme Narzo phones could also see a price hike than the intended price, whenever they launch.