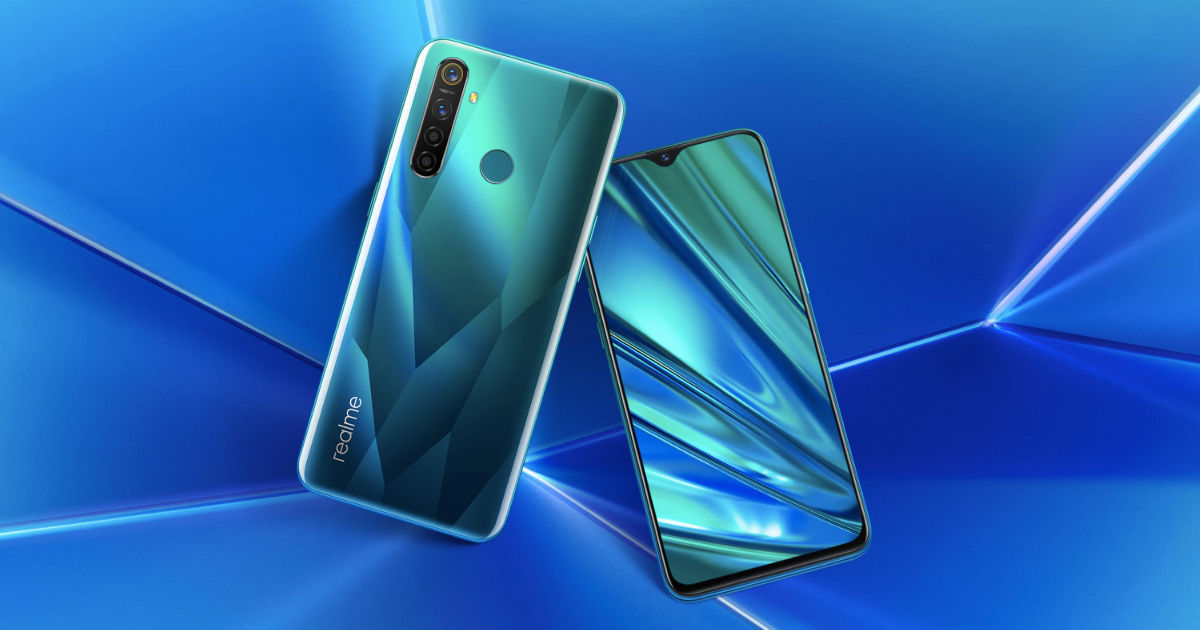 Realme Q smartphone has gone official in China, and as expected, it’s a rebranded version of the Realme 5 Pro (review) that was launched in India last month. The Realme Q features a quad camera setup with a 48-megapixel Sony IMX586 sensor and a 2-megapixel macro lens at the back, a dewdrop display, Snapdragon 712 SoC, and a beefy battery. In addition to this, the handset features a waterproof design – there is no IP rating though – which is something that is missing on Realme 5 Pro. The Realme Q has also been priced much more aggressively compared to the Realme 5 Pro.

As for the Realme Q specifications, it sports a 6.5-inch display with full-HD+ resolution, waterdrop-notch, and a screen-to-body ratio of 90.6 percent. The phone is powered by Qualcomm’s Snapdragon 712 SoC paired with up to 8GB of RAM and 128GB user-expandable storage. In the imaging department, there is a 48-megapixel + 8-megapixel ultra-wide-angle lens with a 119-degree field-of-view + 2-megapixel depth sensor + 2-megapixel macro lens on the rear. For selfies, the Realme Q sports a 16-megapixel shooter with f/2.0 on the front. The cameras include features such as Chroma Boost, Nightscape Mode, PDAF, EIS, 960fps slow-motion video shooting, and 4K video recording at 30fps.

Software-wise, the Realme Q runs Android 9 Pie-based ColorOS out of the box. The handset is driven by a 4,035mAh battery with 20W VOOC 3.0 fast charging. The fingerprint scanner is at the phone’s back, which has a glass layer atop. The handset can also be unlocked via face unlock and includes connectivity options such as 4G VoLTE, Wi-Fi 802.11 b/g/n/ac, Bluetooth 5, GPS + GLONASS, and USB Type-C port.