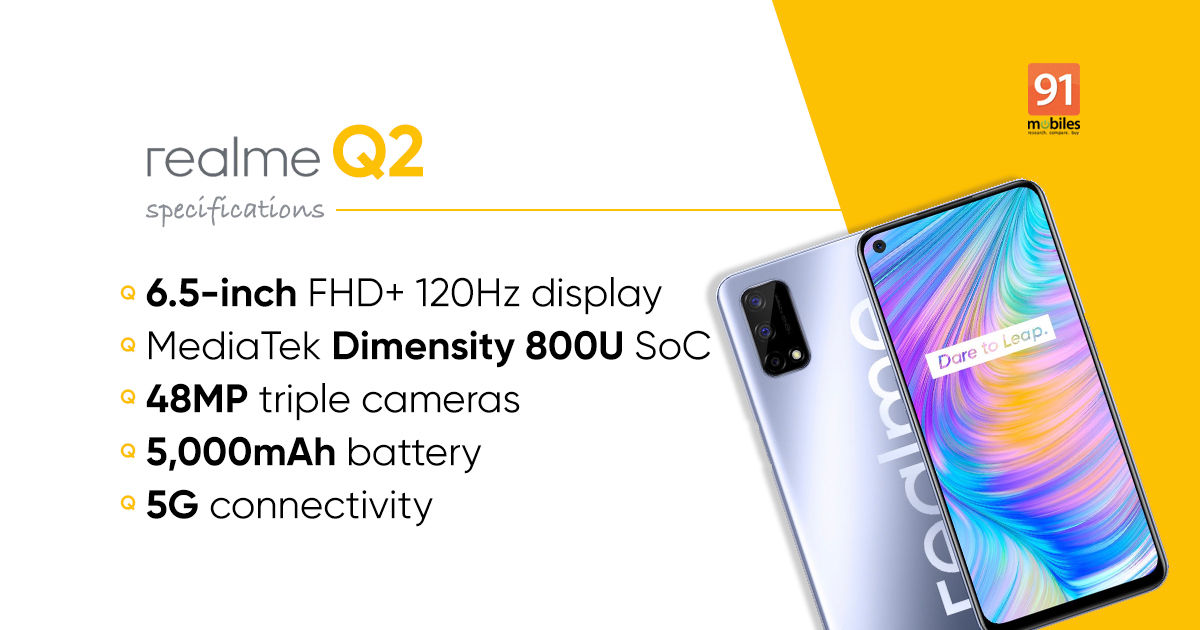 Realme Q2 with the model number RMX2117 has received the BIS certification, as spotted by tipster Mukul Sharma. While this doesn’t reveal much about the phone, it does hint that the Realme Q2 India launch could be soon. To recall, the handset was originally launched in China back in October alongside the Q2 Pro. Realme Q2 specifications include a 120Hz display, MediaTek Dimensity 800U SoC, 48MP triple cameras, a 5,000mAh battery, and 5G connectivity. Considering Realme 5 Pro was rebranded as Realme Q in China last year, it remains to be seen whether the company would do the same for its successor as well. Either way, it shouldn’t be long before the company makes an official announcement regarding the launch.

The Realme Q2 flaunts a 6.5-inch FHD+ LCD display with 2,400 x 1,080 pixels resolution, 120Hz refresh rate, and 180Hz touch sampling rate. It is powered by the MediaTek Dimensity 800U SoC coupled with up to 6GB RAM and 128GB UFS 2.1 storage that is further expandable via a microSD card. It runs on Android 10 OS with Realme UI custom skin on top. As for the cameras, the Realme Q2 has a triple camera setup at the back comprising of a 48MP primary sensor, an 8MP ultra-wide-angle lens with a 119-degree field of view, and a 2MP macro lens.

Realme 7 first sale in India today: price, specifications, and where to buy