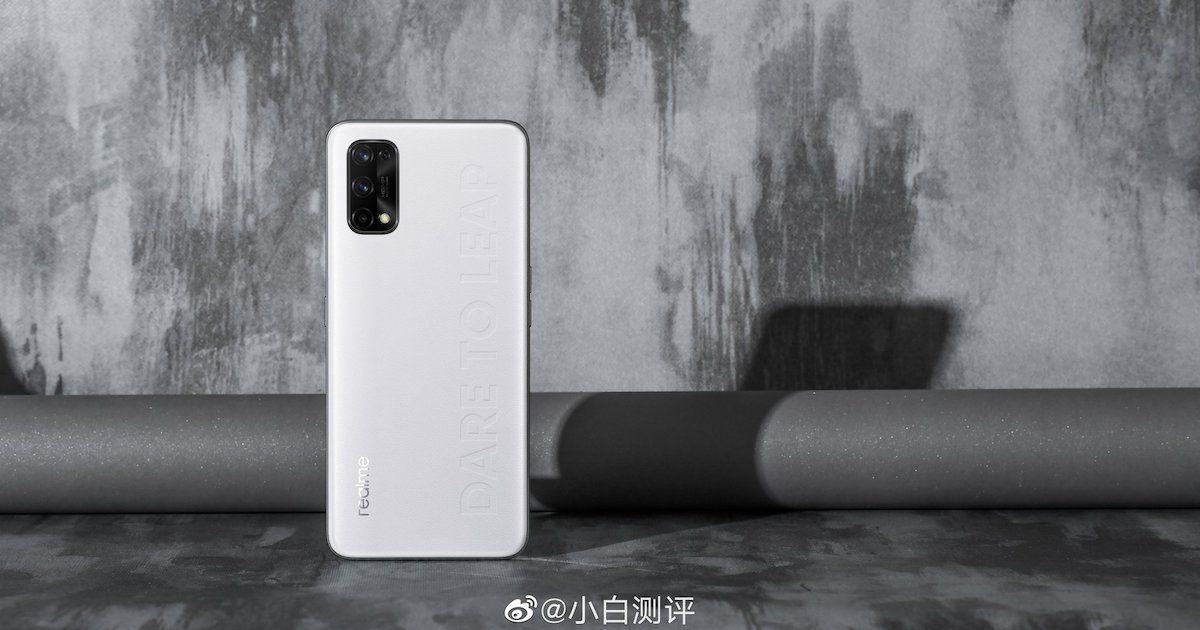 Realme Q2 Pro design has been officially revealed by Realme VP Xu Qi Chase ahead of the launch of the phone. The Realme Q2 series is rumoured to go official on October 13th and the company has now confirmed that there will be a Pro model in addition to a standard Realme Q2. The Realme executive took to Chinese microblogging site Weibo to show off the Realme Q2 Pro design. We see the back of the phone only, which has a unique white leather finish and the “Dare to Leap” tagline finely printed on top.

As you can see from the images, the Realme Q2 Pro looks quite premium with the white leather finish. The Realme VP says the company has used “high-end plain leather craftsmanship” on the upcoming Realme Q2 series. “The new light gray plain leather colour, high-end texture and feel, with the fine print ‘DARE TO LEAP’, absolutely low-key luxury and connotation,” Chase wrote on his post.

The rear panel shows off a quad-camera setup housed in a rectangular camera module. There is no physical fingerprint sensor on the back or on the side of the frame, which suggests an in-screen sensor. This also seems to suggest the phone will come with an AMOLED display.

Not much else has been revealed about the Realme Q2 Pro. As for the regular Realme Q2, the phone is speculated to come with a 6.43-inch full-HD+ AMOLED display, 2.4GHz octa-core processor, 8GB RAM, 256GB internal storage, and a 4,200mAh battery with 65W fast charging solution. The Realme Q2 is also expected to come with a quad-camera setup that will include a 48MP primary sensor, an 8MP secondary lens, and a couple of 2MP sensors. These Realme Q2 specifications are based on a TENAA listing of Realme RMX2173.