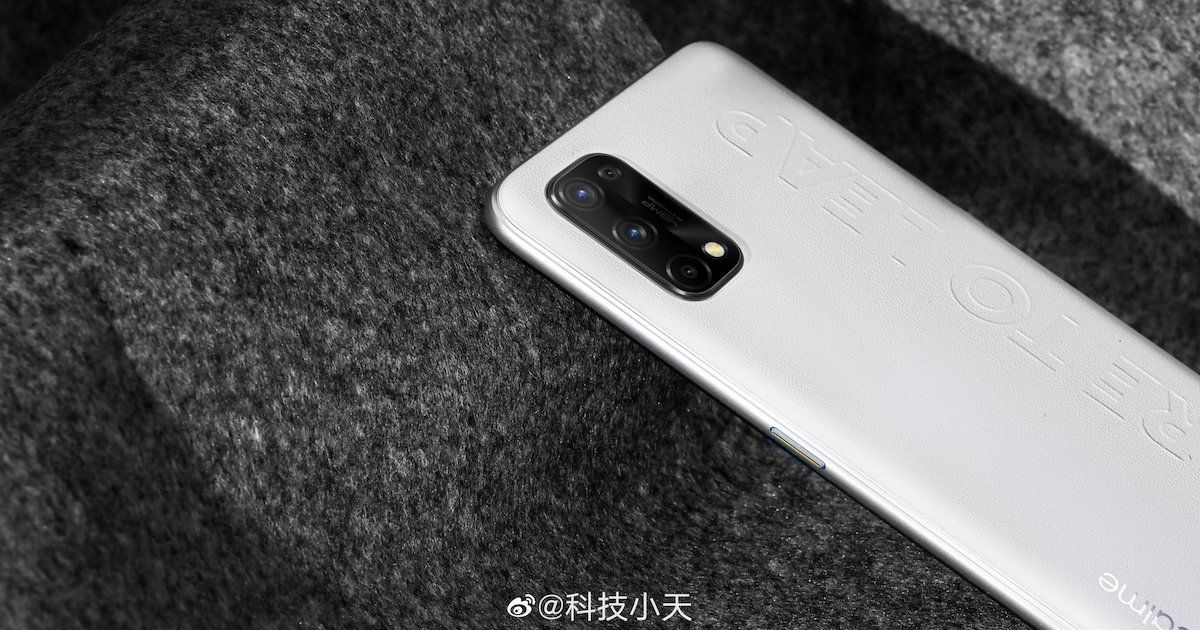 Realme Q2 launch date is October 13th, the company revealed through teaser posters on the microblogging site Weibo. The successor to last year’s Realme Q is expected to come with powerful hardware and unique new design. Last week, we saw images of the smartphone that revealed a white leather finish at the back. Realme Q2 specifications have now been spotted on Geekbench assuming the phone has the model number RMX2117. The benchmark site reveals the chipset, RAM, and other key specs of the phones. Separately, Realme has confirmed through a poster that the Realme Q2 supports 65W fast charging.

Official teaser posters on Weibo reveal the Realme Q2 will come with 65W fast charging support. Other rumoured Realme Q2 specs include a 6.43-inch full-HD+ AMOLED display, up to 8GB RAM and 256GB internal storage, and a 4,200mAh battery. The Realme Q2 is expected to launch with a quad-camera setup that includes a 48MP primary sensor, an 8MP wide-angle lens, and two 2MP sensors.

Realme Q2 price will be announced during the launch event on October 13th in China. The phone may launch in India in the future, possibly under with a different name as the company has not launched the Q series in the country. To recall, the Realme Q was launched in China as a rebranded Realme 5 Pro.