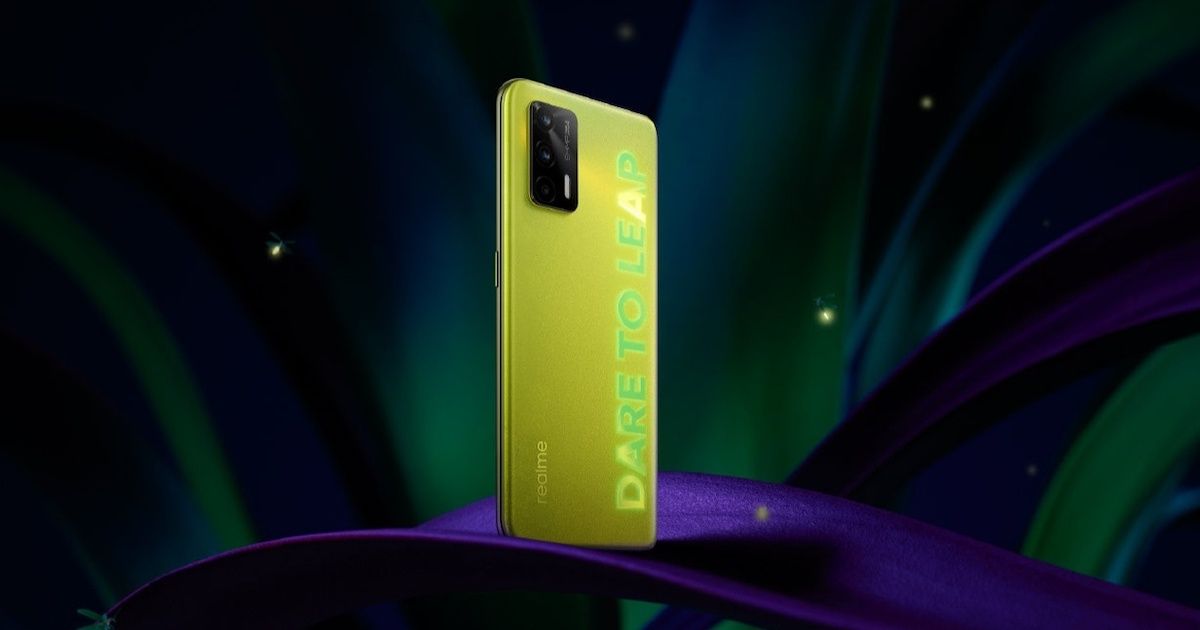 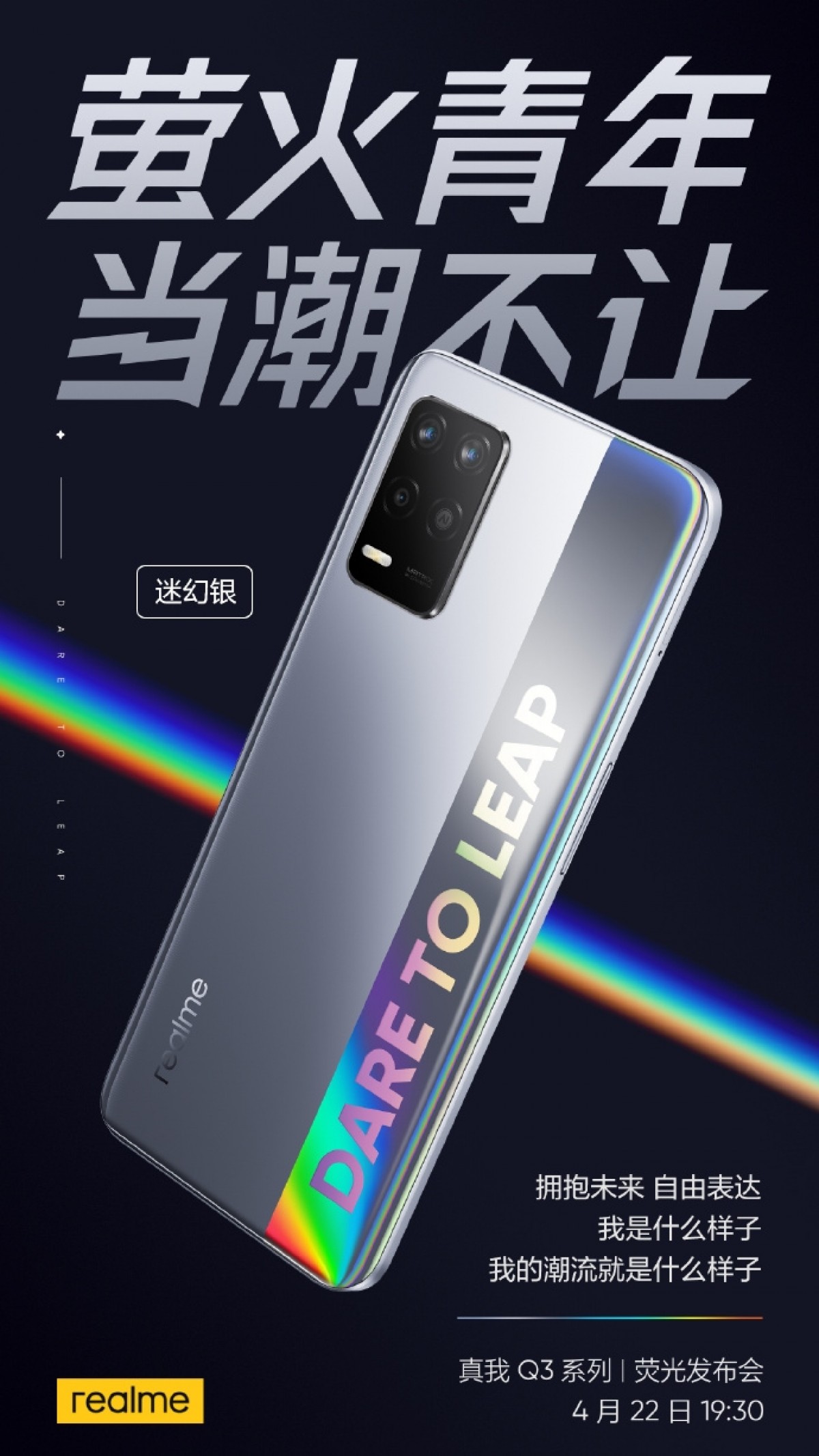 The poster also confirms that the Realme Q3 will have a triple-camera setup at the rear with dual-tone dual-LED flash and that the phone will have a volume rocker mounted to the left-hand side of the device. Interestingly, the design of the Realme Q3 looks similar to that of the Realme V13 5G that was announced in China last month. However, there is no information if they share any similarities with regard to their specifications.

According to reports online, the model number of the Realme Q3 is RMX3041 and that of the Reame Q3 Pro is RMX3042. The latter was spotted on the TENAA certification platform recently, which revealed that the phone will have a quad-camera setup at the rear.

The leaks that we have so far suggested that the Realme Q3 and the Realme Q3 Pro will feature the MediaTek Dimensity 1100 SoC, Android 11 OS, a 6.5-inch display, support for 5G connectivity, a side-mounted fingerprint scanner, and a 4,980mAh battery. The Realme Q3 is said to have up to 6GB RAM, whereas, the Realme Q3 Pro is expected to feature up to 8GB RAM. 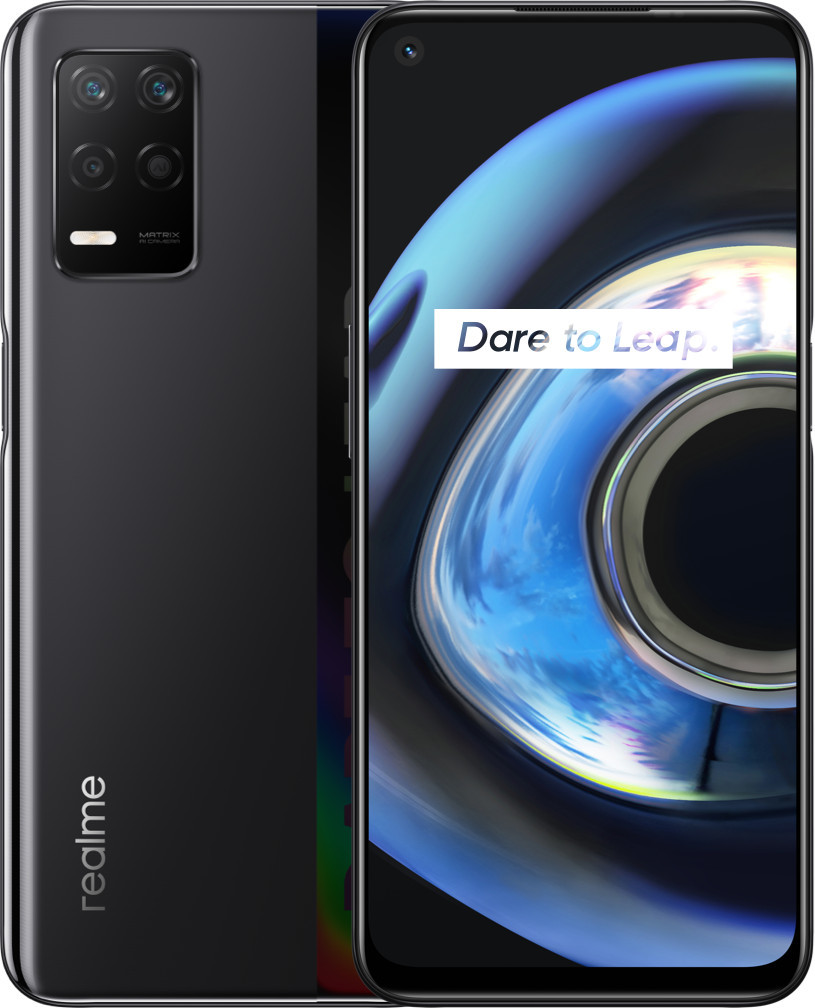 Realme 8 5G first sale today: where to buy, price in India, and specifications