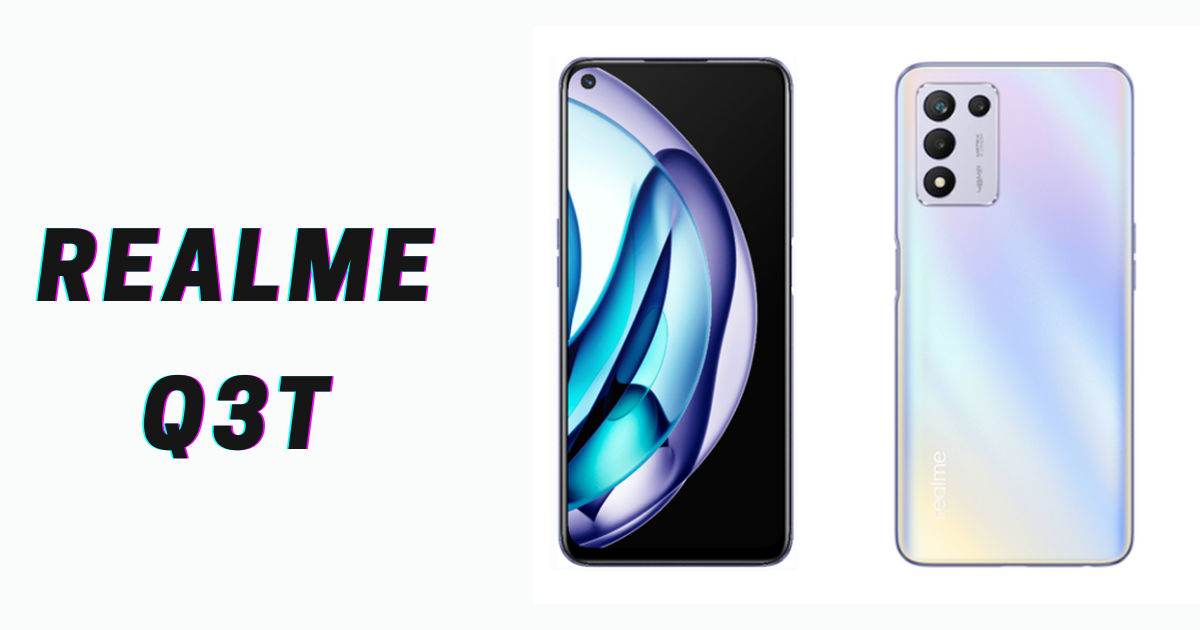 Realme is gearing up for the launch of a new Q-series smartphone, dubbed Realme Q3T. Ahead of the launch, the device has been listed on China Telecom, which has left the official launch with too little to offer. The China Telecom listing for the Realme Q3T has revealed its pricing, specifications, features, and first look. Here’s everything you need to know about the upcoming Realme Q3T ahead of its official launch.

Realme Q3T: Everything you need to know

As seen in the image above, this is what the Realme Q3T will look like. The device is essentially a network variant of the already launched Realme Q3s, so the specifications and features are identical. The device sports a 6.6-inch IPS LCD panel with a left-aligned punch-hole cutout for the selfie camera. Speaking of, the Realme Q3T features a 16MP front camera. At the back, the device has a triple rear camera setup – 48MP + 2MP + 2MP. Under the hood, the Realme Q3T is powered by an octa-core Qualcomm Snapdragon 778G processor, which is paired with 8GB of RAM and 256GB of internal storage.

The device measures 164.4 x 75.8 x 8.5mm and weighs in at 199 grams. Coming to the battery of the device, the Realme Q3T sports a 5,000mAh battery with support for 33W fast charging over a USB Type-C charging port. The Realme Q3T (thankfully) retains a 3.5mm headphone jack.

Coming to the pricing, the 8GB/256GB variant of the Realme Q3T has been listed at an asking price of CNY 1,999, which roughly translates to somewhere around Rs. 23,394. There might be other memory configurations of the device, but they have not been listed on the telecom website at the time of writing this story.

So far, this is all the info that we could gather around the Realme Q3T, but we will keep you posted on the same in the future as well. So, stay tuned for further updates.