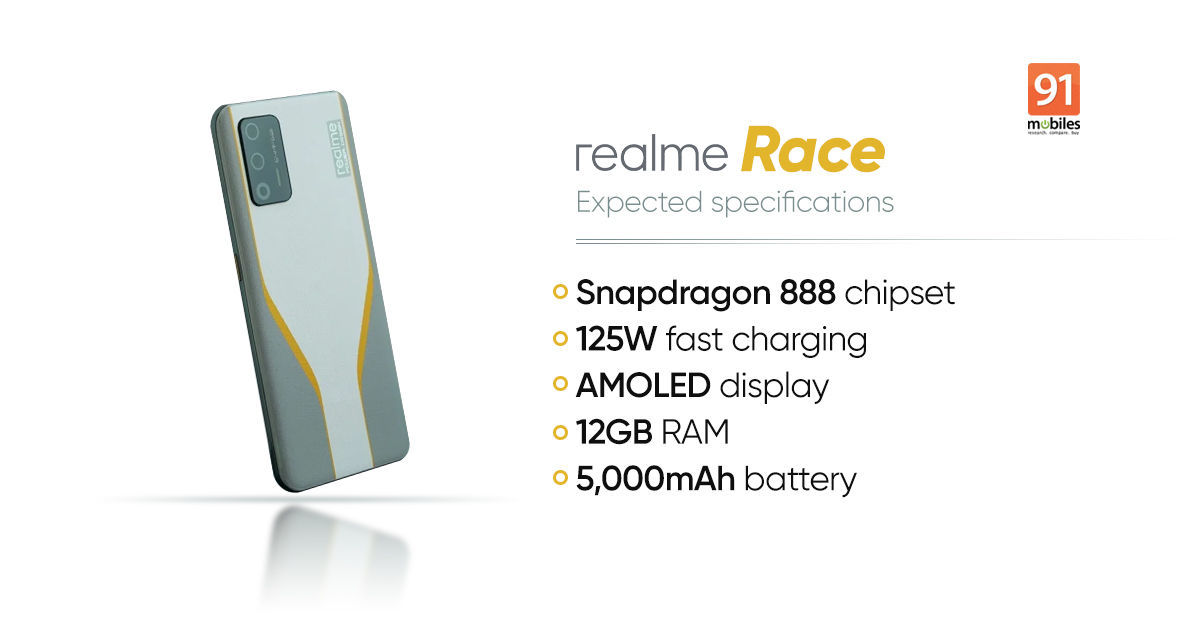 Realme Race specifications and design have been leaked several times in the past, with the company already confirming Qualcomm Snapdragon 888 5G chipset. Now, according to a trademark application, as spotted by leaker Mukul Sharma, Realme Race could be launched in India under the name Realme GT. Besides the name, the application also suggests the company is indeed working on bringing the flagship to the Indian market, probably after it debuts in China later this month. The recent TENAA listing revealed the Realme Race design, showing off the rectangular camera module and a punch-hole design for the selfie camera. interestingly, one of the TENAA certification images had mentioned “GT” on the back panel.

So yes, as I told yesterday, the Realme Race series could very well launch as the Realme GT series. The moniker has been trademarked in India.
Feel free to retweet.#Realme #RealmeRace #RealmeGT pic.twitter.com/itPGbpHYBc

Realme Race has a typical boxy design with a rectangular camera module at the back, comprising of triple sensors and an LED flash. The Realme flagship has a punch-hole cutout at the top left corner to house the selfie snapper. The power button and volume rockers are on the left spine. Since there’s no cutout for a fingerprint sensor, we can assume it will be placed within the display, meaning it could have an AMOLED panel.

As for the specifications, Realme Race is expected to come with the mighty Qualcomm Snapdragon 888 chipset paired with 12GB LPDDR5 RAM. It is likely to boot Android 11 OS with Realme UI 2.0 custom skin on top. A 5,000mAh battery with support for 125W fast-charging support is said to fuel the phone. The phone is said to pack a 64MP triple camera system at the back. Unfortunately, that’s pretty much everything we so far know about Realme Race but with the handset confirmed to launch later this month, it shouldn’t be long before more details come our way.