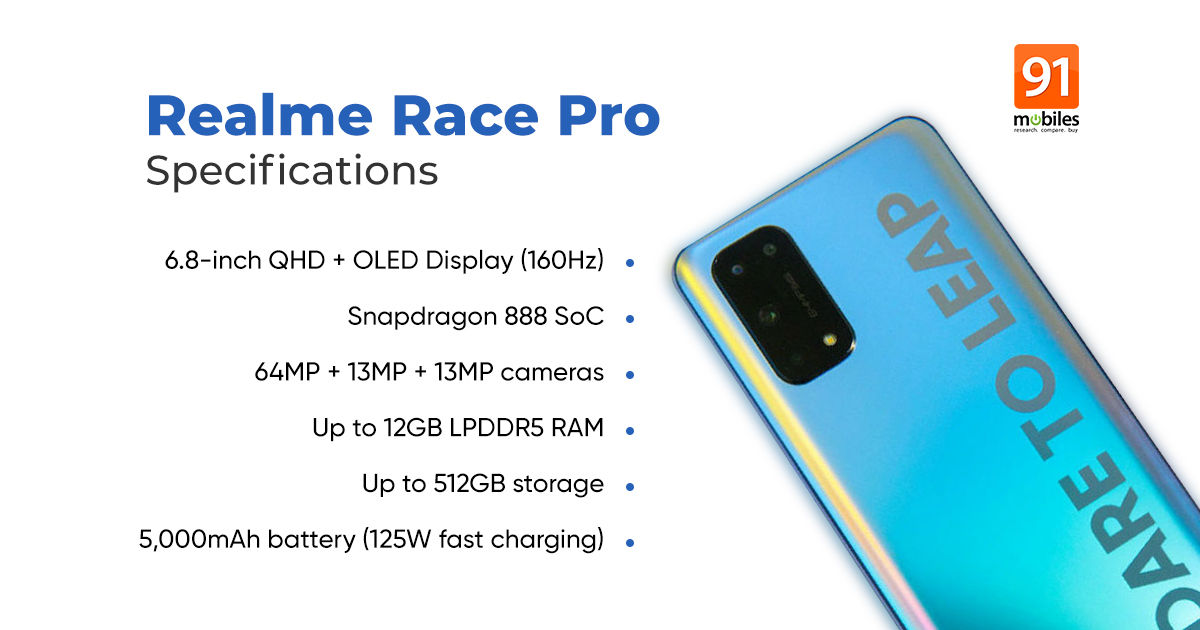 Realme Race is confirmed to be the company’s first premium flagship with the latest Qualcomm Snapdragon 888 5G chipset. It is expected to launch sometime in the first half of 2021. Now, in line with that, Realme’s China President Xu Qi has teased the phone’s launch on Weibo. The top executive said the Realme Race launch will happen after the spring festival i.e. sometime after February 12th in China. However, the exact timeline hasn’t been revealed at the moment. This means, Realme Race will lock horns with the Redmi K40 series, which is also gearing up for a February launch in the home country.

Realme Race specifications include Snapdragon 888 5G, 5,000mAh battery, 125W fast-charging support, and up to 12GB RAM option. It is said to come with a 64MP primary camera at the back and probably a punch-hole design on the front. Unfortunately, that’s pretty much everything that is known about the Realme Race at the moment. A recent leak claimed the company is also working on a Realme Race Pro variant with beefed up specifications.

Realme Race Pro is tipped to sport a 6.8-inch Quad HD+ OLED display with 3,200 x 1,440 pixels resolution, massive 160Hz refresh rate, and 20:9 aspect ratio. It said to be powered by the Qualcomm Snapdragon 888 SoC coupled with Adreno 660 GPU, up to 12GB LPDDR5 RAM, and 128GB/ 256GB/ 5126GB storage options. As for the cameras, the Realme Race Pro is said to get a triple-camera setup at the back with a 64MP primary sensor and a couple of 13MP lenses. The phone is likely to boot Android 11-based Realme UI 2.0 custom skin. A 5,000mAh battery with 125W fast-charging support will fuel the flagship. We should learn more about the Realme Race and Race Pro going forward.