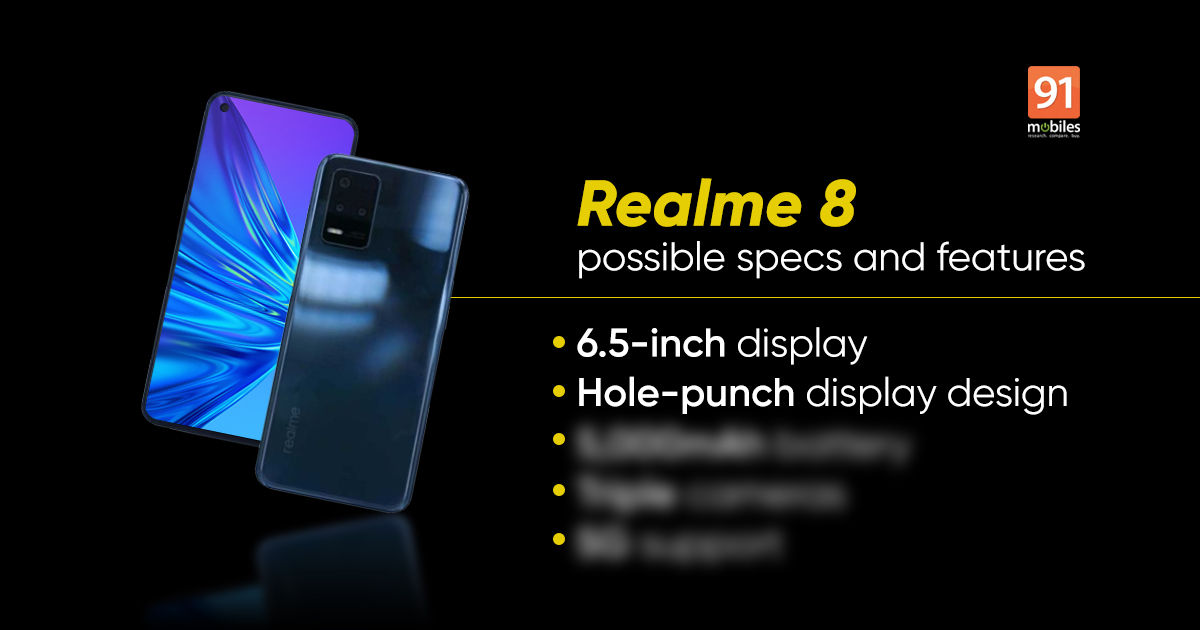 A Realme phone with the model number RMX3041 has appeared on TENAA, as spotted by tipster Mukul Sharma. The listing reveals key specifications and the design through renders. While the marketing name of the phone isn’t clear, we speculate it could be the upcoming Realme 8. The listing suggests the handset will have 5G connectivity and the display size, battery capacity, and Android version have also been revealed. Realme 8 and Realme 8 Pro India launch is already confirmed by the company, though a launch date is yet to be revealed. The Realme 8 Pro will feature a customised 108MP Samsung HM2 sensor. Realme RMX3041 TENAA images show off a rectangular camera module with triple cameras and an LED flash. The Realme logo is seen on a glossy rear panel. The handset has a punch-hole cutout on the top-left corner of the display for the selfie camera. 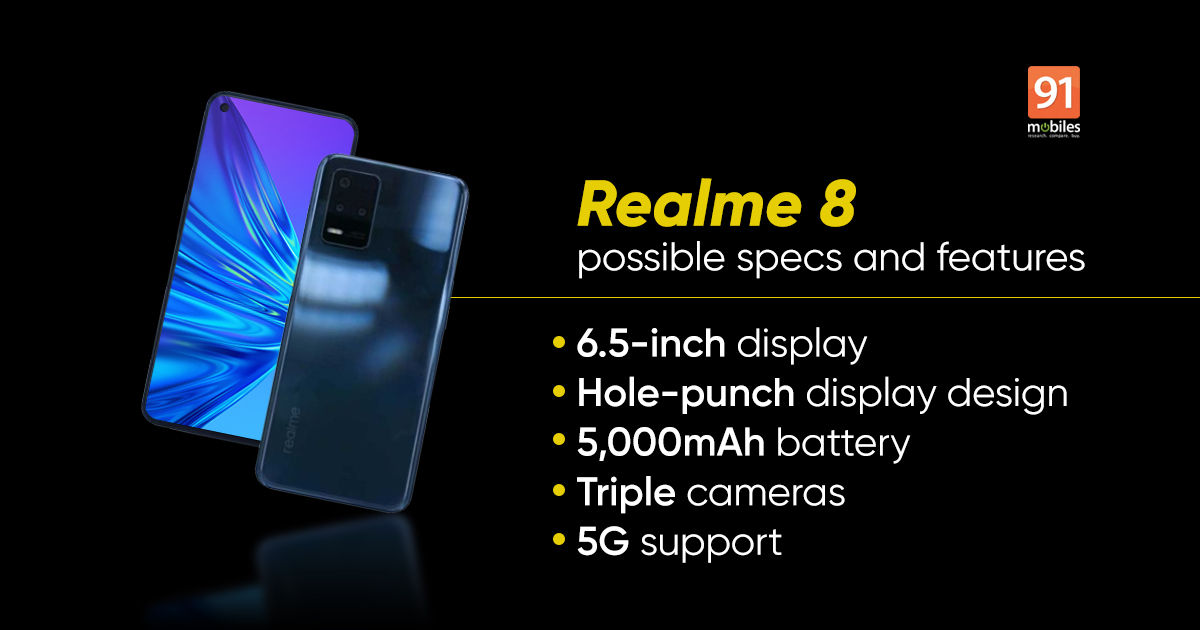 The volume rocker is on the left, while the power button with a fingerprint sensor embedded is on the right. Realme RMX3041 has a flat display and should be available in multiple colours. Going by the design, we expect the handset to be a mid-range offering and may not a part of the flagship lineup.

As for the specifications, Realme RMX3041 will come with a 6.5-inch display, Android 11 OS, and 4,890mAh battery (should be marketed as 5,000mAh). The phone measures 162.5 X 74.8 X 8.5mm. Since it has 5G support, we expect it to have a MediaTek Dimensity or the latest mid-range Snapdragon chipset. That’s pretty much everything that is revealed from the TENAA listing but we can expect the listing to be updated to reveal more details about the phone so stay tuned.