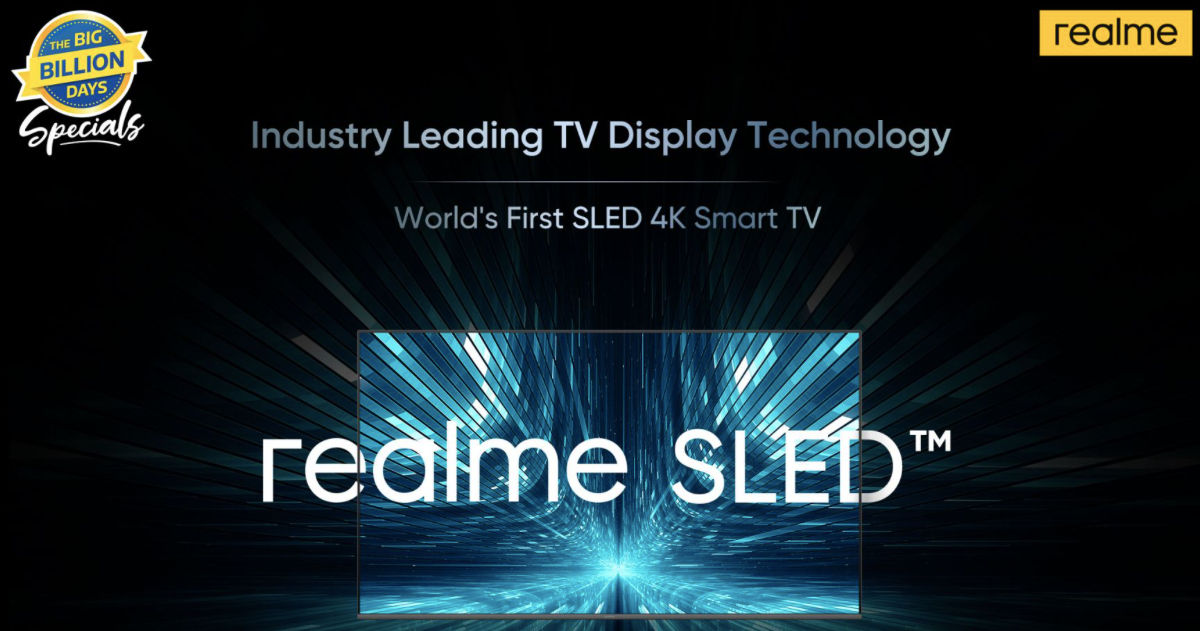 Realme’s flagship 55-inch SLED 4K Smart TV is set to launch in India on October 7th, Flipkart has revealed. The upcoming Realme TV will be sold on the e-commerce platform and the company has been teasing some key features over the past few days. The USP of the 55-inch Realme TV is that it is the world’s first SLED 4K TV. The SLED technology has been developed by Realme in partnership with John Rooymans, chief scientist of SPD Technology (Spectral Power Distribution). Earlier this week, the Realme TV 55-inch price in India was leaked out by tipster Ishan Agarwal, giving us an idea of what to expect.

Earlier this week, tipster Ishan Agarwal tweeted images of the Realme smart TV SLED 4K retail box along with the label that contained the model number RMV2001 and the price. As per the image, the Realme TV 55-inch price in India will be Rs 69,999. This is the Maximum Retail Price, so we expect the actual price to fall below Rs 69,999. The flagship Realme TV will be made at the company’s Greater Noida facility.

The all-new SLED screen technology aims to deliver 108 percent NTSC ultra-wide color gamut and eye care through reduced low light. The SLED technology has received the TUV Rheinland low blue light certification as well. We expect the company to reveal more about the 55-inch Realme TV in the coming days.

Realme has so far launched the 32-inch HD TV and 43-inch FHD TV in India at affordable prices. The Realme TV 55-inch 4K TV will be a premium model that will take on the likes of the 55-inch QLED OnePlus TV Q1, which is currently available for Rs 69,900 on Amazon.