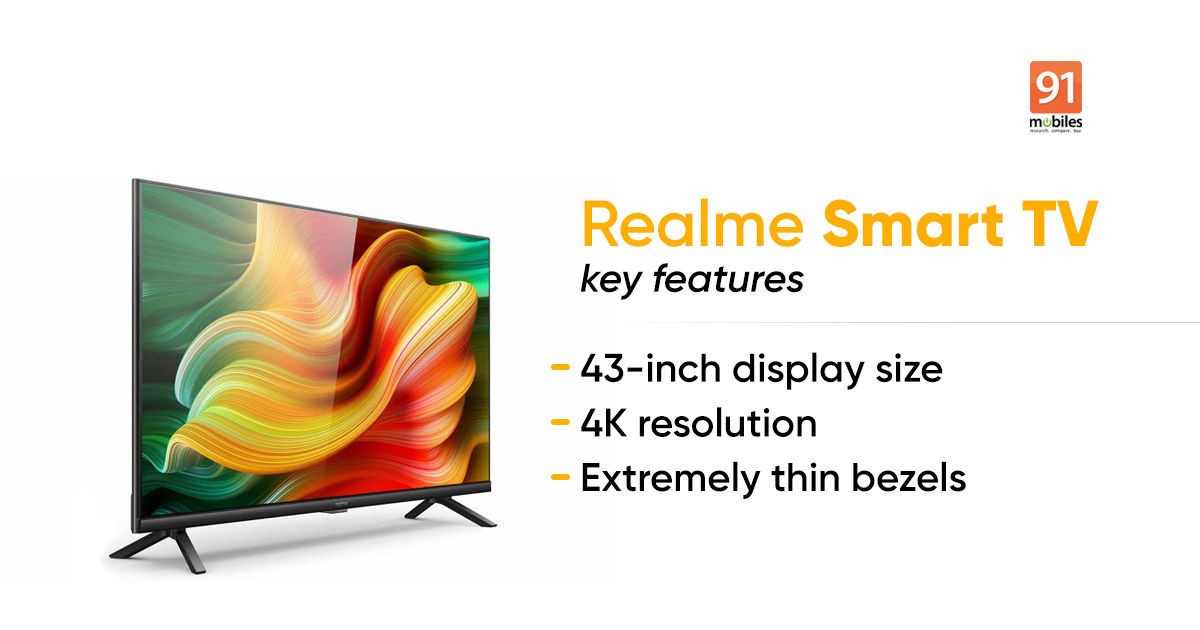 Realme India CEO Madhav Sheth has hinted towards the launch of a new Realme TV in India, in his latest post on Twitter. The tweet is accompanied by an image, which shows a slide for the “Realme Smart TV 4K.” The slide mentions that this upcoming TV from Realme will have a 43-inch screen size. Considering the name of the product, the Realme Smart TV 4K will, of course, have a 4K resolution along with smart features. Going by the image of the TV that is shown in the slide, it seems to have extremely thin bezels.

The next launch speech is quite interesting this time. Tell me your expectations from our next #realmeSmartTV. pic.twitter.com/1aH4sXqcqO

In the tweet, Madhav said, “the next launch speech will be quite interesting this time,” which suggests that the Realme Smart TV 4K will have some exciting features. Realme already sells a 43-inch TV in India called the Realme Smart TV and it has Full HD (1920 x 1080 pixels) resolution. So, the main differentiating factor between the existing 43-inch TV and the upcoming model will be the resolution.

Since Realme’s CEO is hinting towards big changes, it is possible that the Realme Smart TV 4K will feature the SLED technology, which the brand offers with its 55-inch Realme Smart TV SLED 4K. However, there is no proof backing our speculation.

How about next month?

Last week, Madhav Sheth, in a reply to a tweet, suggested that the brand will launch a 49-inch or a 50-inch TV in the Indian market in the month of May. It is possible that Realme could launch the 43-inch 4K TV and the 49-inch/50-inch TV together. Realme is also prepping for the launch of Realme 8 5G in the Indian market. Maybe the brand will announce the two TVs and the Realme 8 5G at the same launch event.