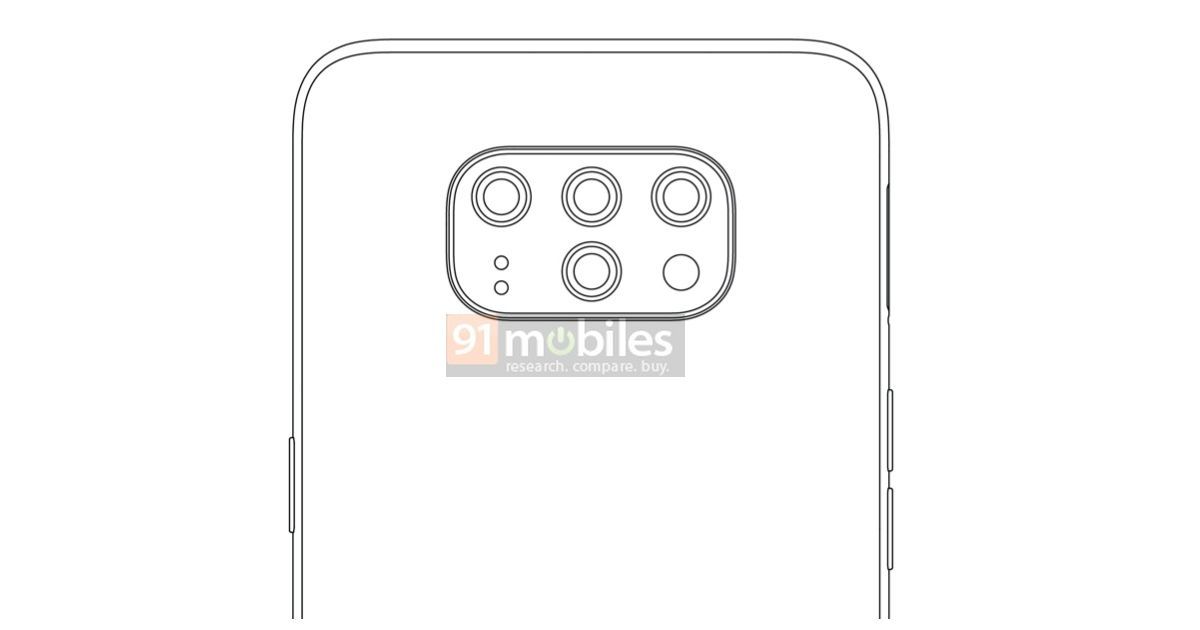 A new Realme smartphone design has appeared on the National Intellectual Property Administration (CNIPA), as discovered by 91mobiles. The patent shows designs of what could be upcoming Realme phones with a new camera module. One of the designs shows a rectangular camera module placed on the top left corner on the rear panel. This design will soon be seen in the Realme X7 series and Realme 7 series. We’re mainly looking at the second design in the patent that shows a center-aligned rectangular module.

As shown in the patent images, we see a rectangular camera module placed just above the center of the rear panel. The module can house four camera sensors, an LED flash, and what looks like microphones. The rest of the design seems generic as we see the power button on the right, volume controls on the left side, and an awkwardly placed punch-hole cutout on the display.

Realme is yet to launch a phone with such a camera placement. That said, the patent images look oddly similar to one of the prototype designs shared by Realme India CEO Madhav Sheth recently. It suggests that we could see a phone with a center-aligned camera rectangular module in the future.