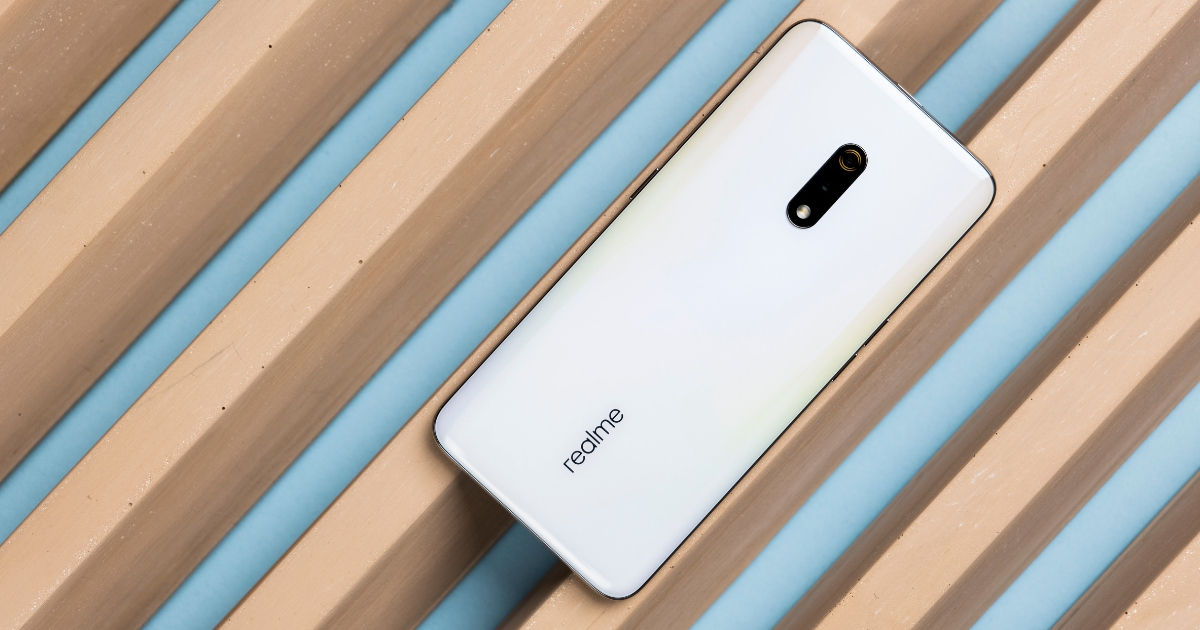 Realme has teased a Snapdragon 855 Plus-powered smartphone within hours of Qualcomm announcing the mid-cycle refresh of its flagship chipset. Soon after Qualcomm’s announcement, Realme on Weibo sent its greetings to the new processor in a post that reads – “Hello, Snapdragon 855+.” This is a hint that Realme is likely to release a Snapdragon 855 Plus handset in the future, even though we can’t say when. This is a significant development for Realme, which has stuck to its affordable roots till now and launched smartphones that feature mid-range processors, at best. 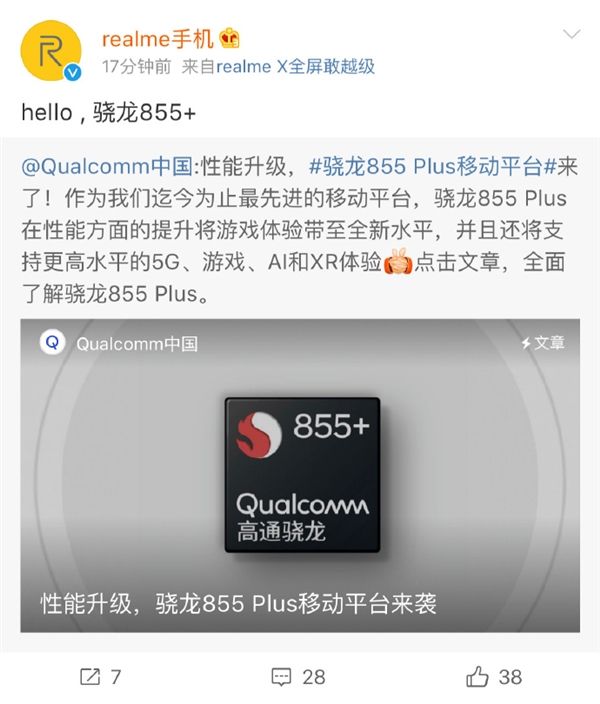 Speaking about the new Snapdragon 855 Plus, it is claimed to offer an overall more powerful CPU and better GPU and will be seen in high-end devices in the second quarter of 2019. It has the same DNA as its younger sibling, however, it brings a Kryo 485 Prime core which is clocked at 2.96GHz compared to the 2.84GHz on the Snapdragon 855. Moreover, the Adreno 640 GPU gets some unspecified improvements which will bump up the performance in graphics and gaming by 15 percent. Apart from these two key differences, the other bits and pieces such as Vulcan 11 API integration, multi-core dedicated AI co-processor, X24 multi-gigabit LTE modem and the optional X50 LTE are all same. 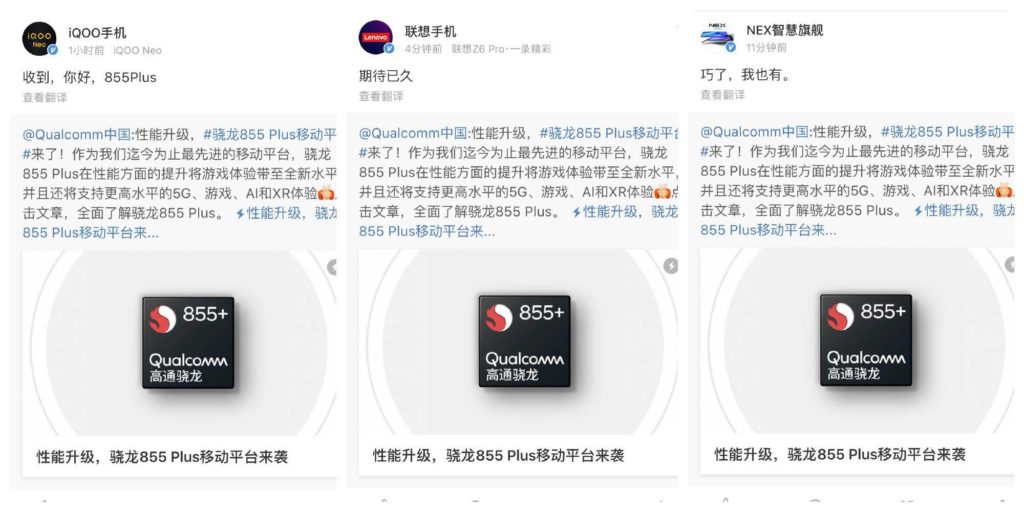 Realme apart, other brands such as Black Shark, nubia Red Magic, Vivo NEX, and Vivo iQOO are all likely to roll out a Snapdragon 855 Plus phone, as per posts on their respective official Weibo handles. ASUS has also confirmed that its ROG Phone 2 will be powered by the Snapdragon 855 Plus platform.

Realme already has a high-end 5G-capable device in the works, which will likely be powered by Snapdragon 855. So we can only presume that the Snapdragon 855 Plus phone will take some time before it hits the market. This also marks Realme’s entrance in the premium segment while the company only did business in the mid-range up till now. The company has just recently announced its first pop-up camera phone in India called Realme X (review) with a starting price of Rs 16,999.