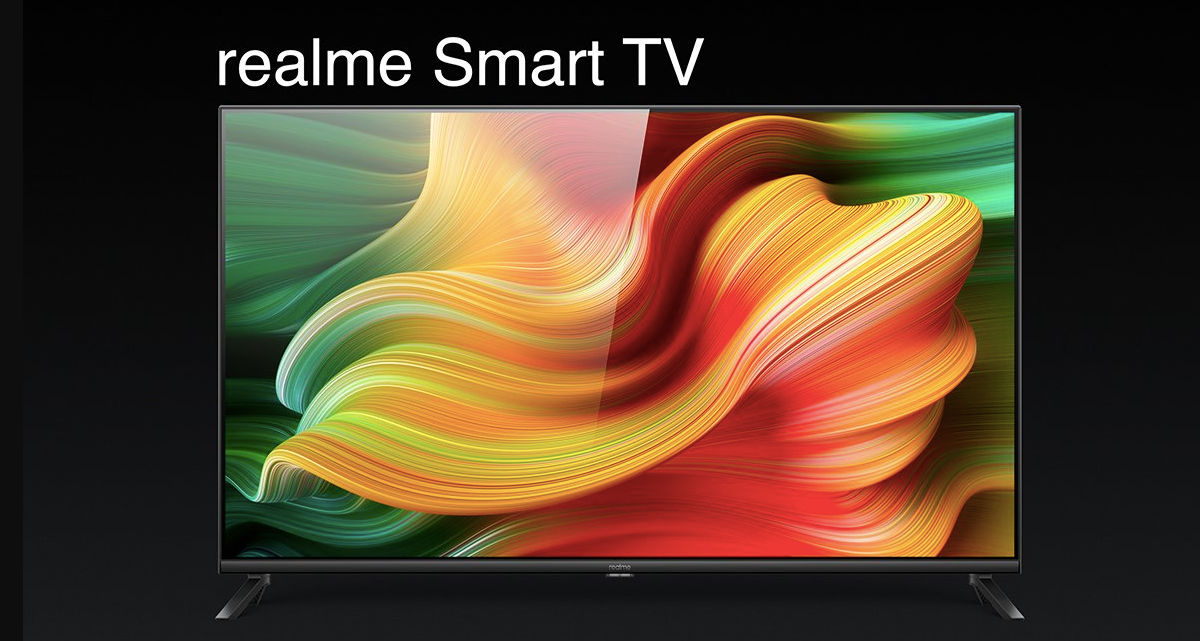 Realme has launched its first-ever smart TV, dubbed the Realme TV, in the Indian market. The company unveiled the smart TV alongside the Realme Watch and the all-new Buds Air Neo TWS earbuds at an online-only event. The Realme TV comes in two screen sizes and resolutions: 32-inch HD (1,366 x 768 pixels) and 43-inch (1,920 x 1,080 pixels). It’s an Android-powered smart TV with built-in Chromecast and Google Assistant support for AI voice commands, a MediaTek chipset, and quad speakers. The Realme TV comes with popular apps such as Netflix, Prime Video, and YouTube apps pre-installed, and thanks to Google Play Store, users will be able to download over 5,000+ games and video streaming apps on the smart TV.

The Realme TV price in India is set at Rs 12,999 for the 32-inch model, while the 43-inch variant has been priced at Rs 21,999. The Realme TV sales begin from June 2nd at 12pm in India, via Flipkart and Realme.com. The TV comes with 1-year warranty, along with an additional 1-year warranty for the panel; the company will also provide door-step support for installation. As for the offers, the Realme TV will be available with six-months of YouTube premium membership and standard EMI options on Flipkart.

Coming to specifications, the Realme TV features a bezel-less LED display that bears Chroma Boost mode to improve the dynamic range and 400nits brightness. The TV is powered by a 64-bit MediaTek quad-core chipset paired with ARM Cortex-A53 CPUs, Mali-470 MP3 GPU, 1GB of RAM, and 8GB storage onboard. It runs the Android TV platform, which means you will have access to Google Play Store and Google Assistant. As for the audio, the TV rocks 24W quad speakers, which are backed by Dolby audio support. Realme has also teased the launch of 100W Soundbar in India. The Realme soundbar will have four speakers and a sub-woofer and compete against Xiaomi’s Mi Soundbar.