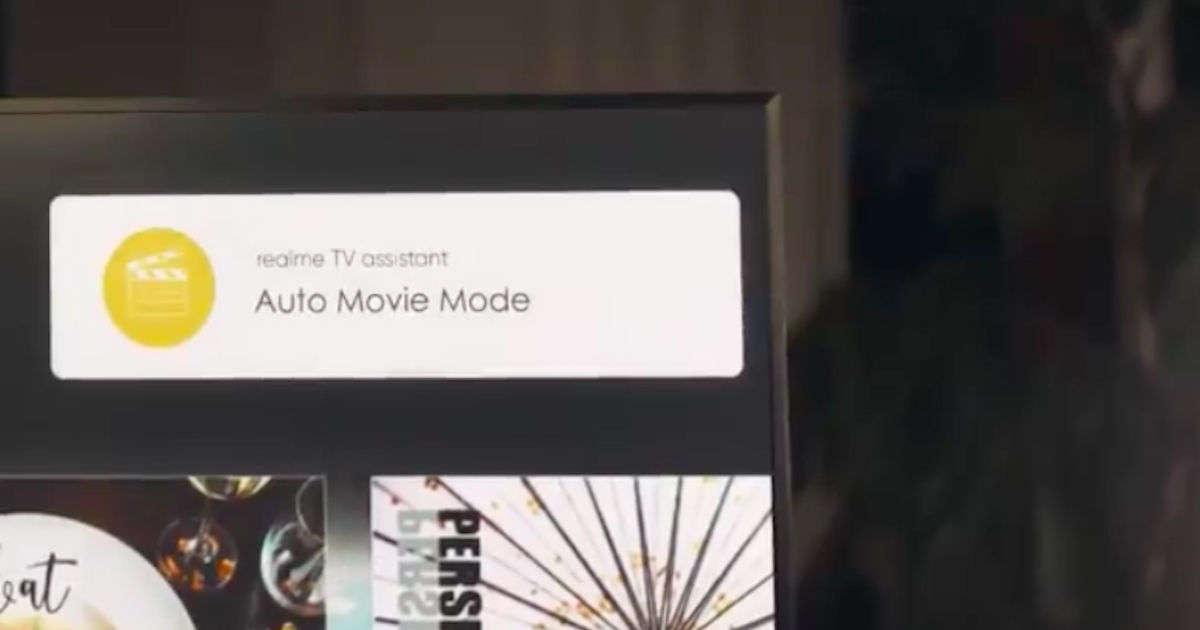 Realme TV was recently briefly spotted on the company’s India website, suggesting its imminent India launch. The TV is said to ship in multiple sizes and they all recently received the required certifications from BIS, Google and Bluetooth SIG. Now, an image of the Realme TV retail packaging boxes from the shipment warehouse has leaked online, courtesy of MySmartPrice. The boxes reveal the Realme TV will come with a 43-inch or 108cm screen size. Past certifications reveal the TV will also arrive in a 32-inch and 55-inch variants as well. 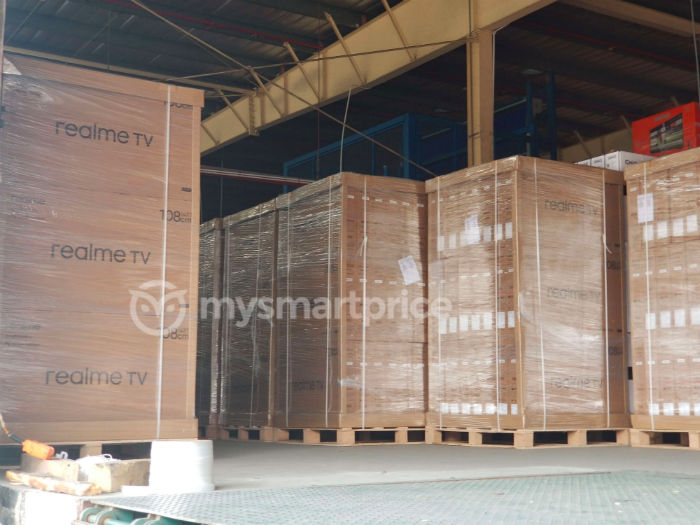 Furthermore, the Realme TV image leaked this week also confirms that the smart TV will come with streaming platform Netflix pre-installed. This could mean the TV may come with other popular OTT apps such as Disney+ Hotstar, YouTube, Prime Video, etc. pre-installed as well. Though it isn’t clearly visible, the packaging also has Android TV logo and Google Assistant branding. This isn’t a surprise as the TV was recently certified by Google. However, it could be equipped with a custom Realme TV UI with close integration to other Realme products. 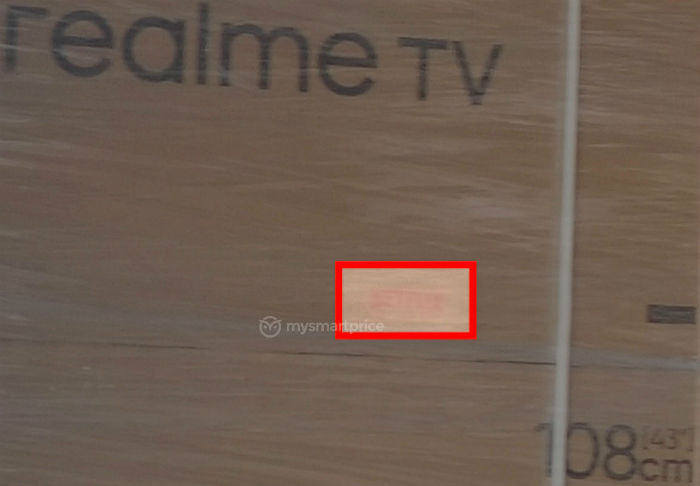 Realme TV could be in the mass-production for a while as the stock seems to be in abundant. Reports suggest the TV could be unveiled later this month or early next month. Realme has scheduled an event on May 25th in China where the company will announce a brand new smartphone and IoT products that could include the Realme TV, smartwatch and more.