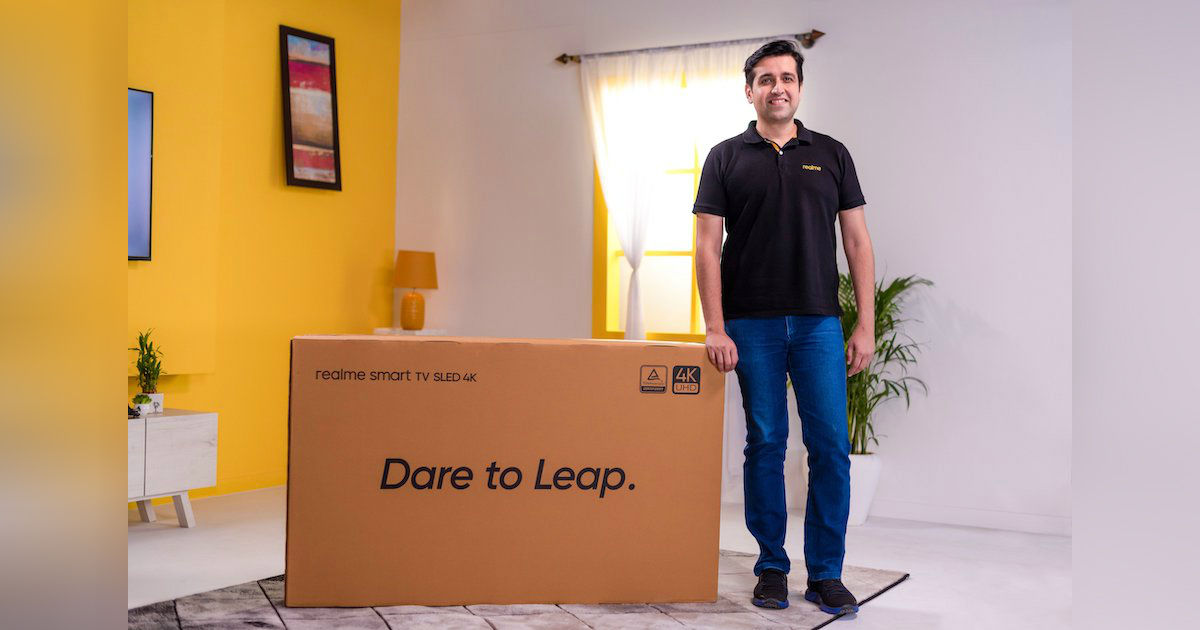 Realme is gearing up to launch its flagship 55-inch smart TV in India soon. The company has been hinting at the launch for a while now and a new post by Realme India CEO Madhav Sheth suggests the 55-inch Realme TV launch is imminent. In a tweet, the Realme India chief is seen standing next to a packaged Realme smart TV. The box mentions that it is a 4K TV that will come with a SLED screen. The SLED display technology is co-developed by Realme and John Rooymans, chief scientist of SPD Technology (Spectral Power Distribution), IANS reports.

I have some interesting updates about our upcoming launch for you all & I am sure it will make your lives much cooler with the most stunning visuals ever. Stay tuned for the next #AskMadhav episode. pic.twitter.com/m7RPky3PSZ

According to the IANS report, Realme will launch its first 55-inch smart TV in India in the first half of October. The TV will use an eye-friendly SLED screen that will super ultra-wide colour gamut with low blue light. The 55-inch Realme TV will also support the latest Dolby Audio solution to offer a stereo surround sound effect, the report adds.

Realme has so far launched 32-inch and 43-inch smart TVs in India with prices starting from Rs 12,999. These TVs offer up to full HD resolution and run on Android. The smart TVs also come with built-in Chromecast and Google Assistant support for AI voice commands, a MediaTek chipset, and quad speakers. Some of these features can be expected on the upcoming Realme TV 55-inch model as well.