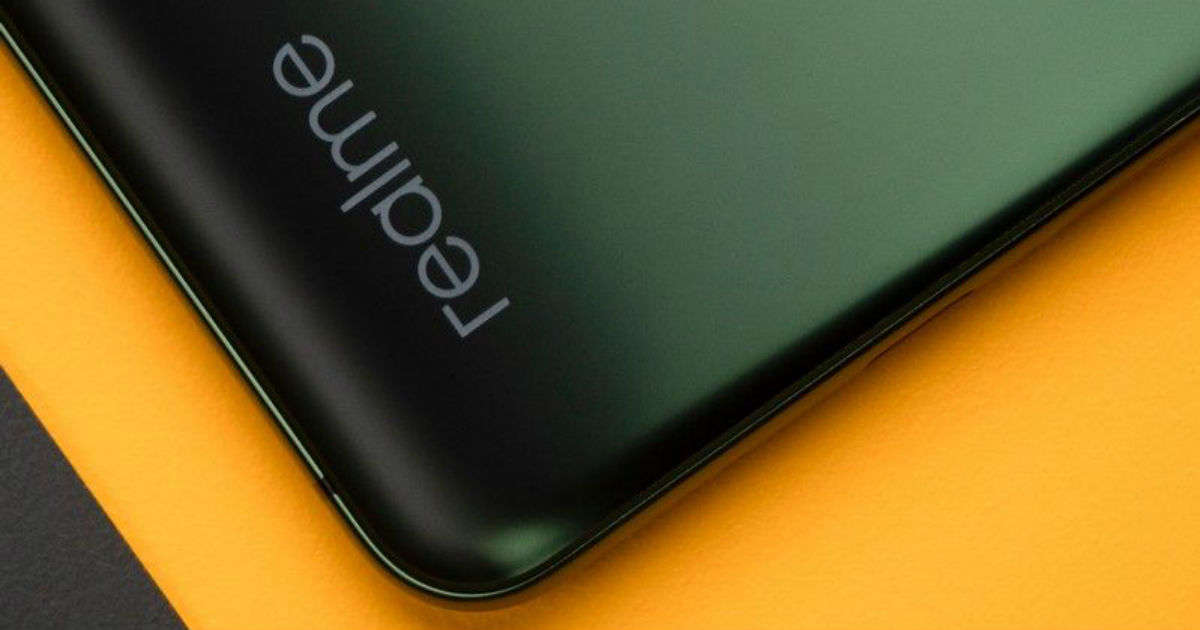 Realme TV is supposed to launch in India in Q2 2020, but the company’s plans could be disrupted due to the coronavirus pandemic. However, that isn’t stopping the brand from finishing all the required formalities such as bagging required certifications. The Realme TV has received certification from Google with the codename “ikebukuro,” suggesting that the smart TV will indeed ship with Android TV OS. 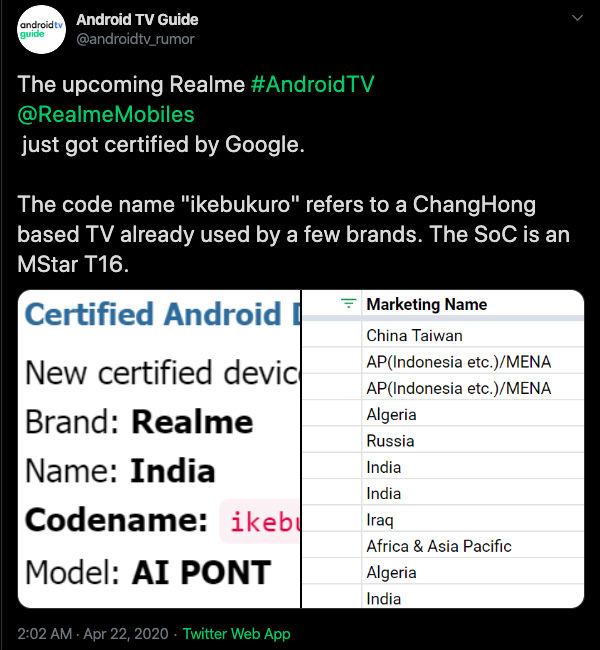 Realme TV’s alleged Google certification screenshot also includes a list of supposed upcoming Android TV devices from various brands including, Vu, BenQ, Micromax, Thomson, etc along with the country of launch, model number and SoC details. The listing shows the Realme TV would be made by ChangHong, which is said to be the second-largest manufacturers of TVs in China. The TV will be powered by the MStar T16 processor — a company that is known to make SoCs for televisions, so the information should be reliable.

With Android TV OS, the Realme TV should come with access to Google Play Store. The app store would grant access to tons of apps for the TV including popular streaming services like Netflix, Amazon Prime Video and YouTube. The Realme TV should also support Google Assistant.

Realme TV is said to be available in 43-inch and 32-inch sizes. Both the models will have LED panels and will run on custom skin with 2.1704.03 software version, as per past reports. The company is also working on a high-end 55-inch QLED variant and it was spotted on the Indian BIS certification website, hinting that it will indeed launch in the country. Additionally, Realme TV’s remote control with model number RTRC1 also bagged certification. We should know more details soon.