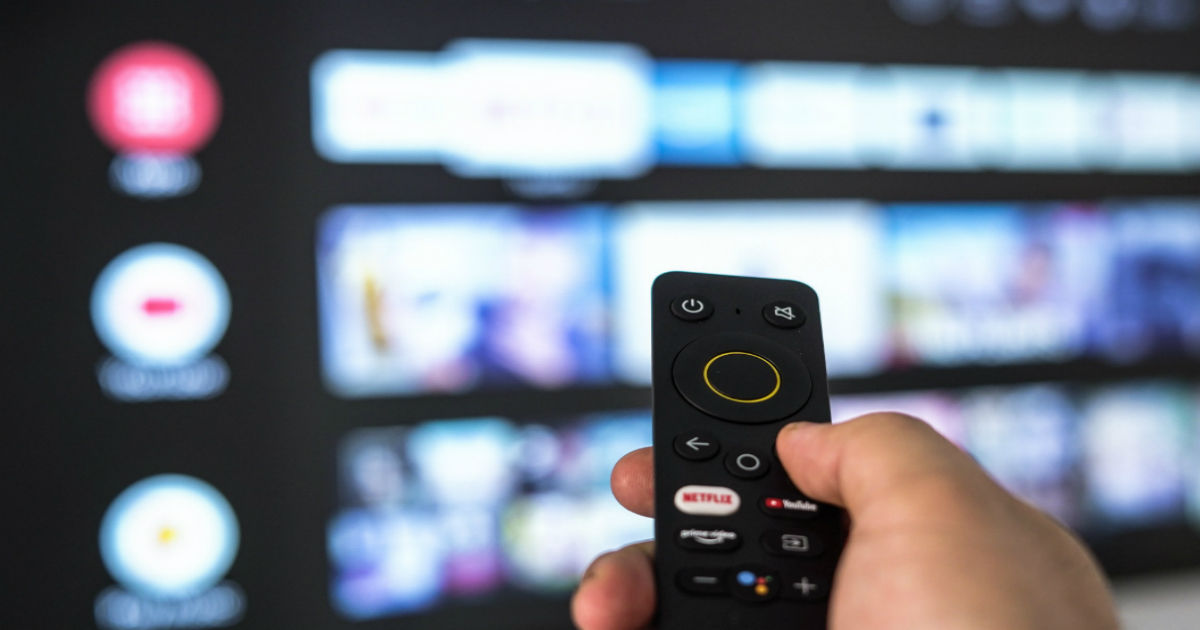 Realme TV is scheduled to launch on May 25th alongside the Realme Watch and Realme Buds Air Neo. Realme has already revealed the TV’s specifications and design such as the bezel-less display, up to 400-nits brightness, a MediaTek processor, Chroma Boost, and 24W stereo speakers. Now, ahead of the launch, Realme India CEO, Madhav Sheth has shared a glimpse of the Realme TV remote control that comes with dedicated buttons for Netflix, Prime Video, YouTube, and Google Assistant. It has a mute button, a microphone for voice commands, and a big circular ring with yellow accents for navigation. It also shows the Realme TV in the background with stock Android TV interface and slim bezels as marketed.

As for the other specifications and features, the Realme TV will be powered by a 64-bit MediaTek quad-core processor and arrive with Dolby Audio support and Chroma Boost feature that saturates the colours to make it more punchy and pleasing to eyes. It is expected to be available in a 43-inch model, but there could be other models as well. 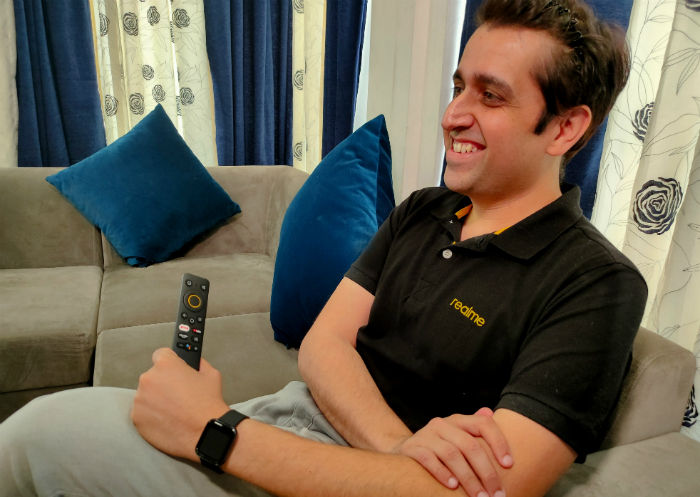 Interestingly, Realme India CEO, Madhav Sheth is seen wearing the Realme Watch that will launch alongside the TV on 25th. It will flaunt a 1.4-inch touchscreen colour display that will have support for watch faces. It will arrive with features like 24/7 health-assistant and support for 14 sports modes, including walking, running, cricket, yoga, football, basketball, treadmill, badminton, table tennis and more. The Realme Watch will have support for smart notifications, SpO2 monitor and probably sleep tracker. It has a physical button on the right side of the dial and the same could be used for navigation and other operations.