91mobiles.com
Home News Realme U1 launch set for November 28th, will be an Amazon-exclusive 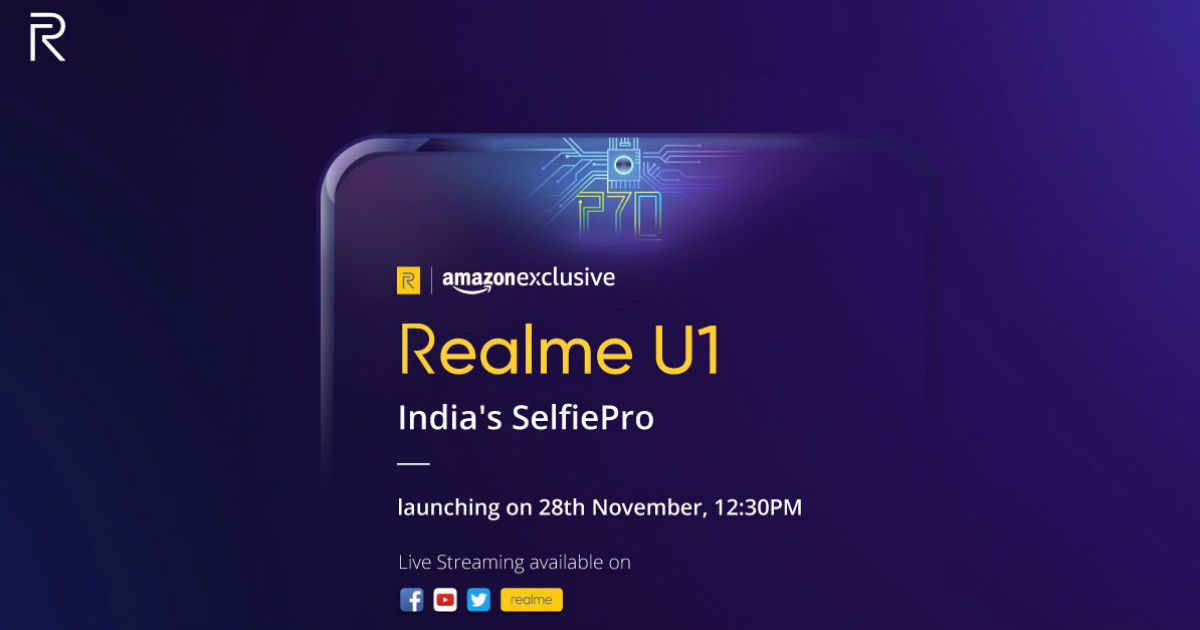 The Realme U1 smartphone will be unveiled at an event the company will host on November 28th. We had exclusively reported last week that the company is planning to launch the first Realme U series smartphone, which will be powered by the new MediaTek Helio P70 processor. The Realme U1 will be a selfie-focussed handset, the invite reveals. It also shows that the upcoming model will be exclusively available via Amazon in India.

Realme U1 India launch event will be held at 12pm on November 28th. The U series by the company had been confirmed late last week, just two days after our exclusive report on the new range. Realme U1 will be a budget offering and take on the Xiaomi Redmi Y2 selfie phone, which has a 20MP camera in the front. There is not much other information about the handset at the moment, beyond the Helio P70 SoC mentioned above.

As for the Realme 1 price in India, we can expect it to be positioned in the Rs 10,000 to Rs 15,000 bracket considering it takes on the Redmi Y2. It is the third series by the brand, which also has the Realme 1 and Realme C ranges in its portfolio. The launch event will be live streamed for the fans to join in.

Realme started operations with the launch of Realme 1 in May this year, followed by Realme 2, Realme 2 Pro, and Realme C1. The brand has received a good response for the market, with Counterpoint Research saying sales crossed 1 million units in the July-September quarter. The brand is aimed at the youth and its India head Madhav Sheth has said it will operate in the sub-Rs 20,000 segment.