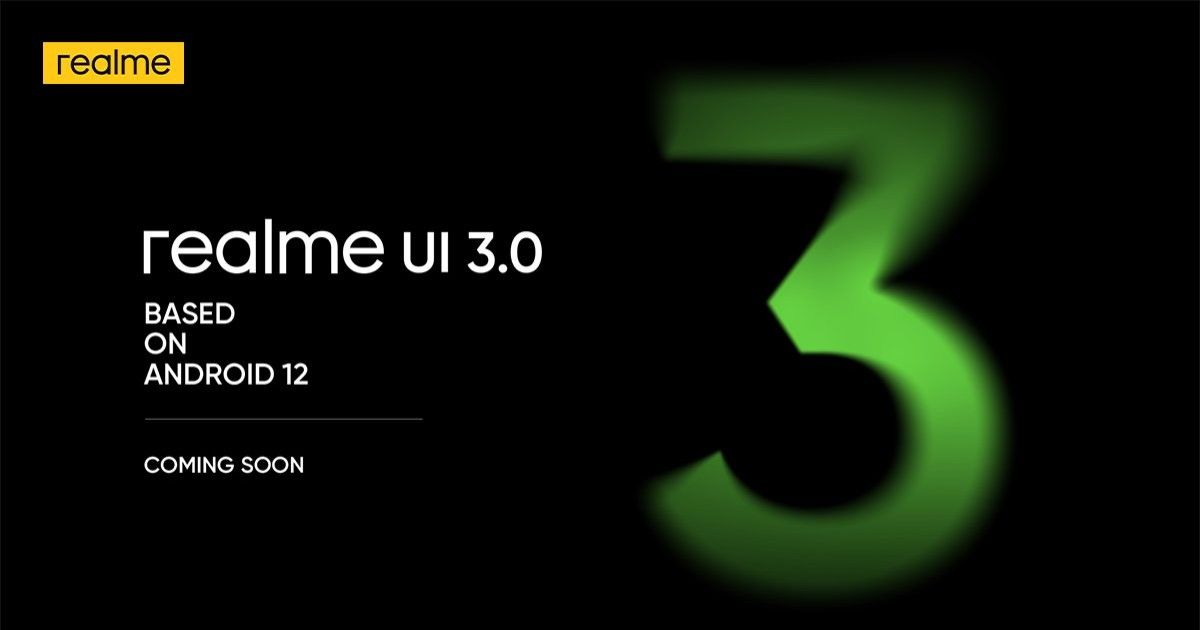 Realme UI 3.0 based on Android 12 has been officially teased to be arriving soon. The company’s CEO, Madhav Sheth, took it to Twitter to announce the same. While the executive hasn’t mentioned any features or the exact unveiling date just yet, we speculate the announcement might happen alongside the Realme GT Neo2 India launch. The phone is expected to debut in the country sometime later this month. Android 12 features include a material You design, tweaked UI, new widgets, new animations, stacked notifications, icons, a redesigned brightness slider, and a new calculator app. There are new privacy and security features.

Introducing to you the #realmeUI 3.0!
This new member of Android 12 is here to upgrade your devices with #SeamlessFun.

The Material You design features big buttons, shifting colours, and smoother animations. Based on the wallpaper, the system will automatically determine which colours are dominant and apply them across the entire OS. The new update brings an improved privacy dashboard that is claimed to offer a single view into the permissions settings and what data is being accessed and also has an option to revoke it. There are approximate location permissions, which give a rough location to the app that wants to access your location instead of sharing the actual.

Talking about the Realme GT Neo2, the phone is powered by the Qualcomm Snapdragon 870 SoC coupled with Adreno 650 GPU, up to 12GB RAM and up to 256GB of internal storage. It is expected to run Android 11 based Realme UI 2.0 custom skin out of the box and pack a 5000mAh battery with 65W fast-charging support.

There is an in-display fingerprint sensor for security and a 16MP snapper on the front for selfies and video chats. Connectivity features include 5G, 4G LTE, Wi-Fi 6, Bluetooth 5.1, GPS, and USB Type-C port for charging and data sync.