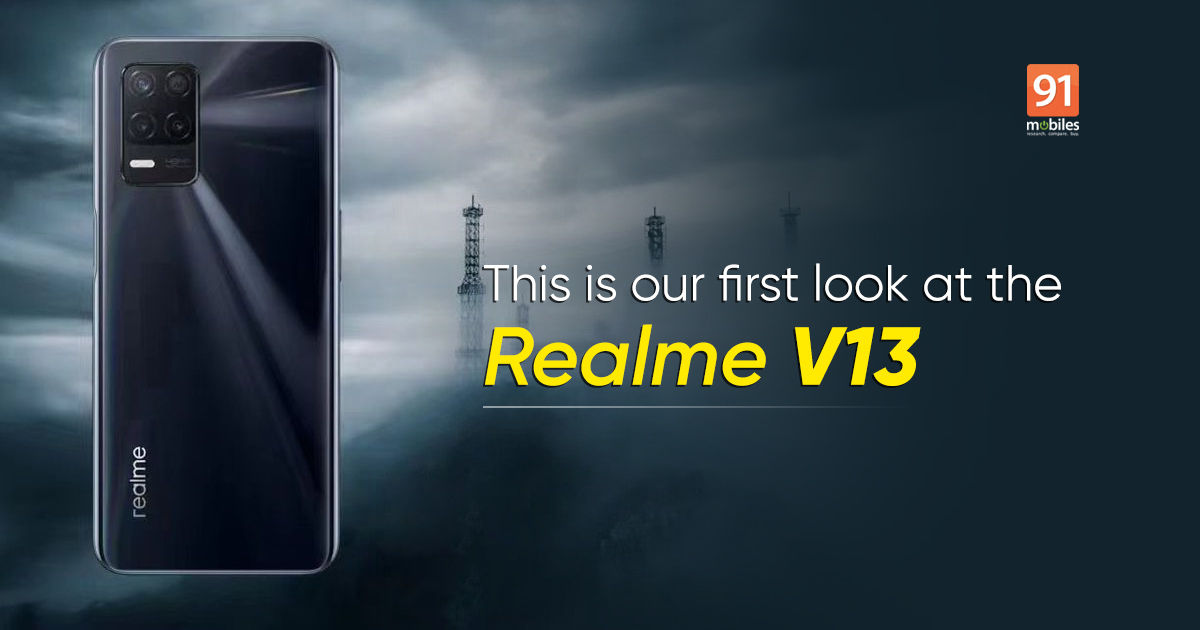 The Realme V13 design allegedly has been revealed via a teaser image posted online on Chinese social networking site Weibo. The image was re-posted on Twitter by tipster Mukul Sharma, with the image showing the back panel of the phone. Speculations on Weibo also claim the upcoming smartphone will be the Realme V13. It should be noted that a TENAA listing claimed to be of Realme V13 also appeared online, but it now seems that the model certified by TENAA will have a different marketing name. To recall, the Realme V11 and V15 smartphones have already launched, so the Realme V13 launching soon will be complete all the links in the chain.

Realme V13 design shown in the image puts the focus on the rear panel, with a glossy back that is likely made of plastic. All the eyes go to the camera module placed on the top-left corner, featuring a quad-camera setup and dual-LED flash. The primary Realme V13 camera sensor will have 48MP resolution, the module shows. Realme branding at the bottom-left of the back panel is also visible. On the left of the phone will be volume rocker, while the right edge will have the power button, likely with an integrated fingerprint sensor.

Little is known about the Realme V13 specifications at the moment since no smartphone with such a design has been leaked online yet. However, we can expect the phone to be a budget model that offers competitive specifications and features. And so we are clear, the company doesn’t launch its V-series smartphones in India, so even if the upcoming phone does make its way to the country, it will likely launch under some other branding.

While we wait for more information around the Realme V13, the company’s new Realme 8 and 8 Pro smartphones are grabbing all the headlines. Both the phones launched with features such as 6.4-inch Super AMOLED always-on display, Android 11-based Realme UI 2.0, and 16MP selfie cameras. Of course, the Pro model gets a massive edge over the standard variant due to the inclusion of 5G support, 108MP primary camera, and 50W fast-charging.