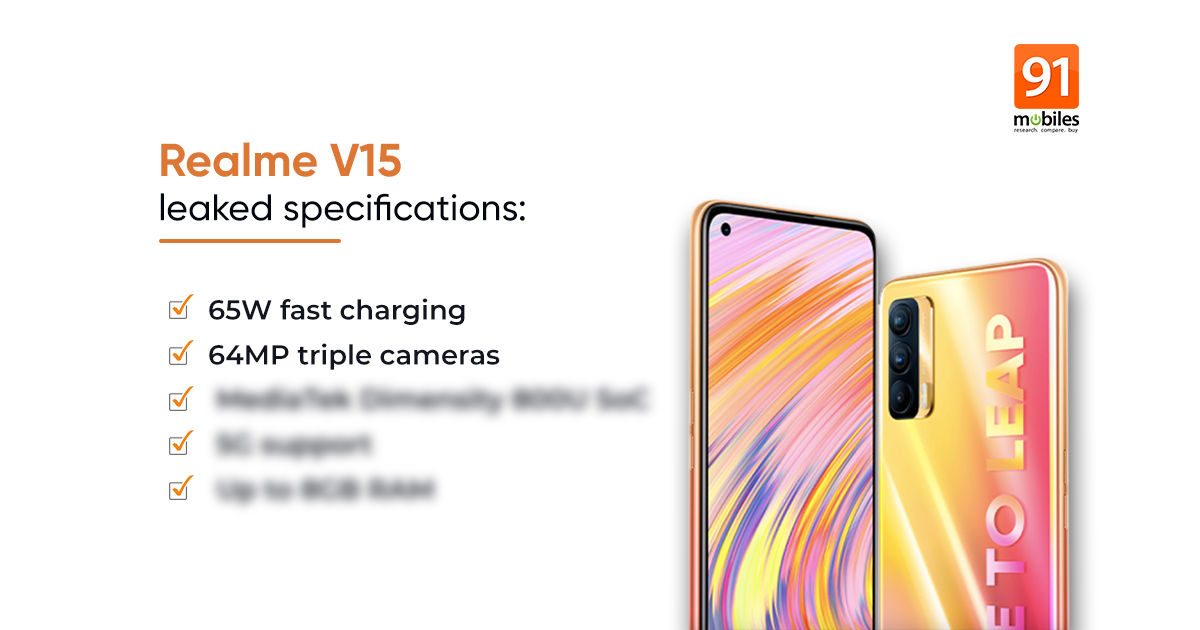 Realme V15 aka Realme Koi is set to launch in China this week as the successor to the Realme V5. The smartphone has been teased by the company and we already know what the device will look like through promotional images. Realme V15 has been leaked in the past through live images and some key specifications have been tipped as well, giving us a pretty good idea of what to expect. Ahead of the Realme V15 launch in China, here’s a quick roundup of what we know about the phone’s design, price, specs, and everything else.

Realme V15 is set to launch in China on Thursday, January 7th. This will be the first launch from the company in the new year and the event is expected to be live-streamed starting 2 PM local time (11:30 PM IST).

Based on the promotional images revealed, the Realme V15 will come with a familiar design language. The glossy rear panel will offer a gradient colour finish and the ‘Dare to Leap’ tagline across the back. The phone sports a rectangular camera module that will house three camera sensors and an LED flash. Over at the front, we see an edge-to-edge display with a corner hole-punch for the selfie camera. 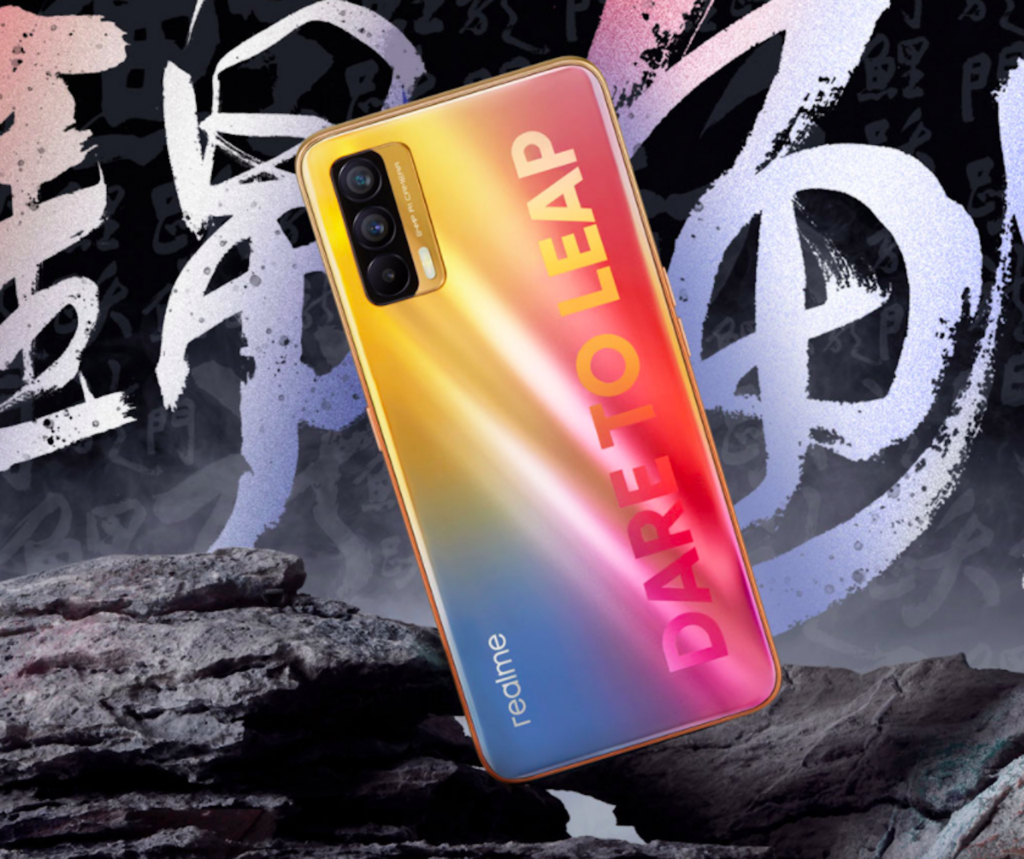 Realme V15 specifications tipped so far include the MediaTek Dimensity 800U chipset, which means it will be a 5G phone much like the Realme X7. The upcoming V15 is rumoured to come with either 50W or 65W fast charging support. The handset will reportedly weigh around 176 grams, which would make it a lightweight 5G smartphone. Lastly, the Realme V15 will come with a 64MP triple camera system. Other details surrounding the phone’s display, battery unit, RAM/storage, and front camera remain vague at the moment.

Realme V15 price in China was leaked on Weibo earlier this week. As per the leak, the 6GB RAM and 128GB storage option will be priced at CNY 1,799 (approx Rs 20,400) while the 8GB + 128GB variant will cost CNY 2,099 (approx Rs 23,800). These prices seem reasonable for a mid-range 5G smartphone but we can only know if they true after the company officially announces the prices on stage.