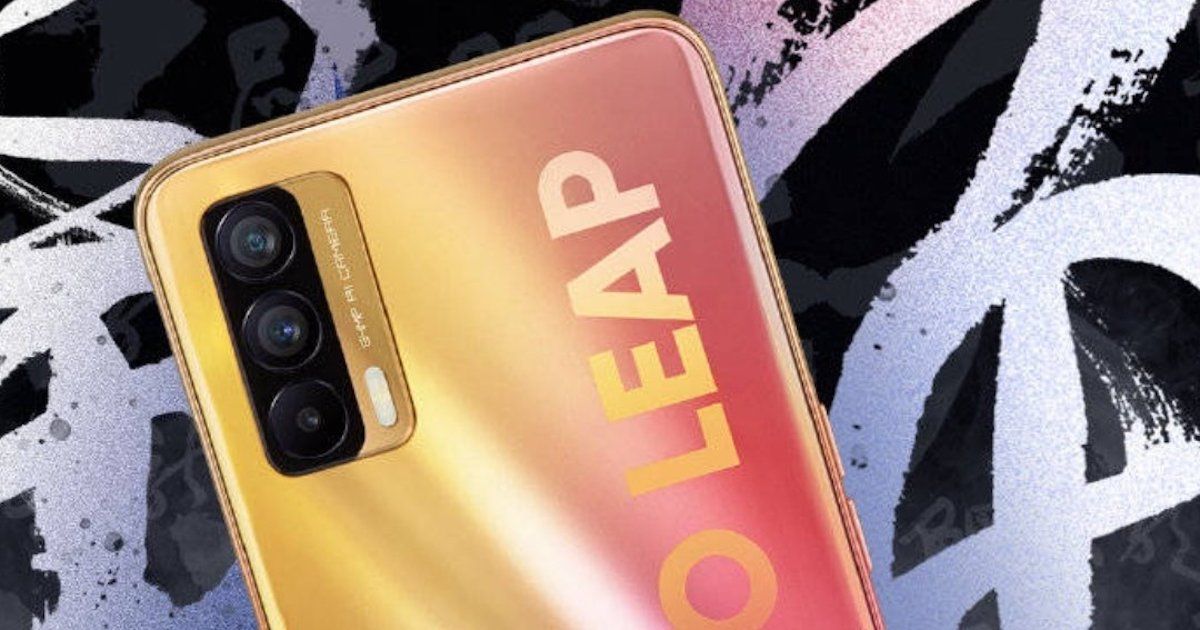 Realme Koi aka Realme V15 launch date in China has been officially revealed and it seems the smartphone is set to arrive later this week. As per teaser images floating around on Weibo, the Realme V15 launch is set for Thursday, January 7th. The smartphone, which is codenamed Realme Koi, has been rumoured about a few times in the past and a couple of live images were leaked as well. The official teaser images now confirm the design of the phone and they are in line with what the live images had revealed.

Realme V15 is the third phone in the V series after the Realme V3 and V5 5G phones. Based on the official teaser images, the Realme V15 (Realme Koi) will come with a gradient colour finish and the ‘Dare to Leap’ tagline across the rear panel. The glossiness of the panel suggests it could be plastic as the Realme V15 is expected to be an affordable 5G phone. We also see a triple camera system housed in a rectangular camera module and the ’64MP AI camera’ text written next to the LED flash, which confirms a 64MP primary camera sensor.

This is all we know about the Realme V15 based on the teaser images. However, past leaks have given us some information about the expected Realme V15 specifications. The smartphone is tipped to be powered by the MediaTek Dimensity 800U chipset, which means it is a 5G device as well much like the Realme X7. The upcoming Realme phone is also rumoured to come with 50W fast charging support and the device will reportedly weigh around 176 grams. Realme V15 price and official specifications will be revealed in just a few days now.