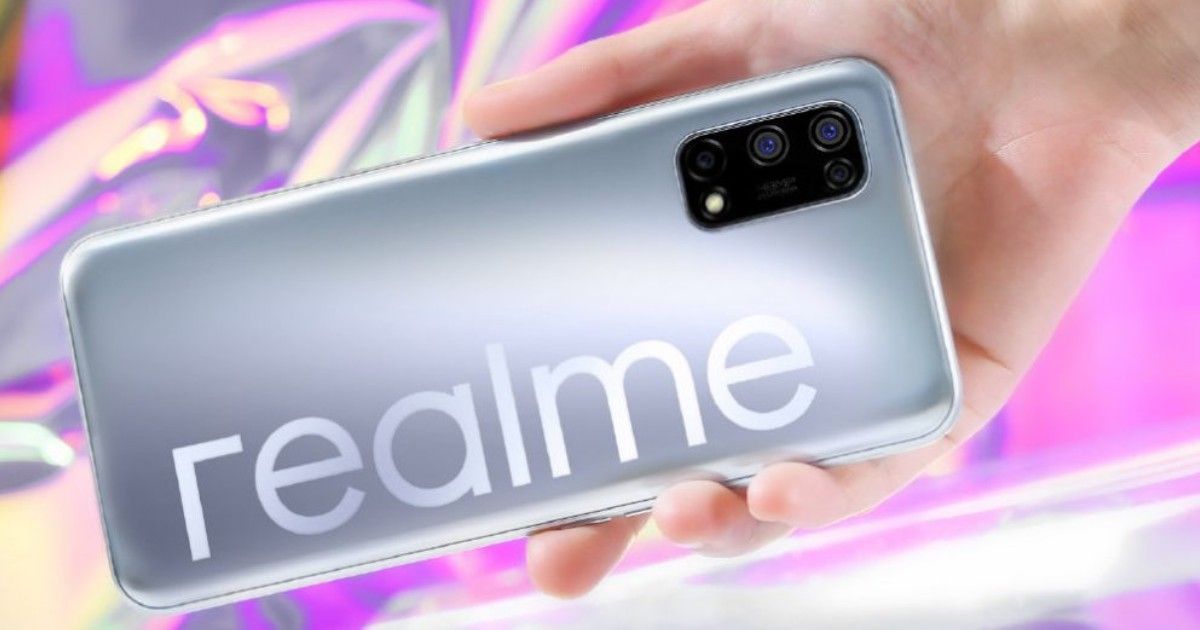 Realme V5 5G launch date in China has been revealed as July 27th, the company confirmed. It is the first phone in the new V-series and is expected to a mid-range offering. The recent teaser images revealed the handset will have an AG glass back with a matte finish and Realme logo. There is a punch-hole cutout for the selfie camera and a rectangular camera module to accommodate the four camera lenses. Since the Realme V5 will have a side-mounted fingerprint sensor, it is speculated to feature LCD panel instead of an AMOLED screen. Realme V5 could debut globally at IFA 2020 in Berlin in September. The handset’s key specifications have been revealed via TENAA listing.

According to the TENAA listing, Realme V5 is said to ship with a 6.5-inch full HD+ display with 1,080 x 2,400 pixels resolution and 20:9 aspect ratio. The phone is powered by a 2GHz octa-core processor coupled with 6GB, 8GB RAM and 128GB, 256GB storage option that should be further expandable via microSD card. The Realme V5 is said to measure 162.5mm x 75.1mm x 9.1mm and weigh 194 grams and come with 5G connectivity. It is said to run Android 10 OS with Realme UI custom skin on top and have a side-mounted fingerprint sensor for security.

As for the optics, the Realme V5 is said to feature quad-camera set up in a rectangular module with a 48MP primary sensor, an 8MP secondary lens, and a couple of 2MP sensors. On the front, it will have a 16MP snapper for selfies and video chats. The phone may house a 4,900mAh battery with 30W fast-charging support, according to China’s 3C listing. The Realme V5 is said to come in black, grey, green, and silver colours. Connectivity features include Dual 4G VoLTE, Wi-Fi, Bluetooth 5, GPS/GLONASS/Beidou, and USB Type-C.