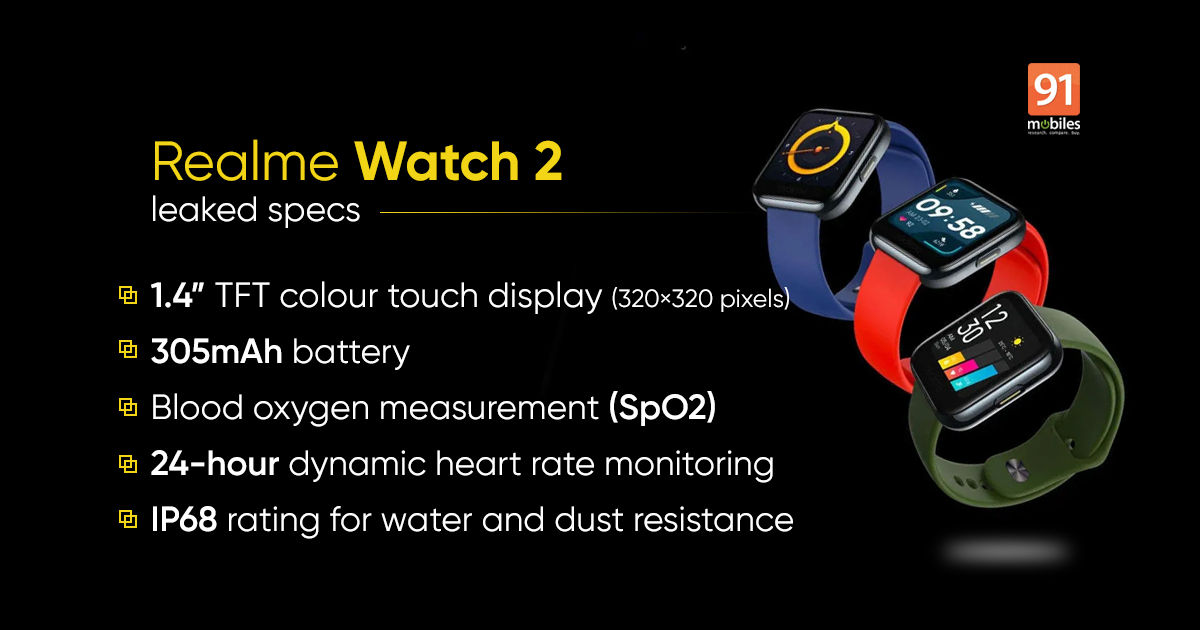 The live image of the Realme Watch 2 reveals a familiar design with its square-shaped body and plastic-looking straps. In all likelihood, this is going to be an affordable smartwatch that could be priced similar to its predecessor at Rs 3,999. The FCC documents also show off the UI of the Realme Watch 2, including its coloured display, Settings app, and About page. The Realme Watch 2 with model number RMW2008 will come with Bluetooth LE.

The Realme Watch 2 specifications are revealed in full through the user manual that has also been uploaded on the FCC website. Here, we find that the smartwatch will come with a 1.4-inch TFT colour touch display with a 320×320 resolution. The wearable packs a 305mAh battery and comes with IP68 rating for water resistance. It also features Bluetooth 5.0 BLE and can be paired with Android phones running Android 5.0 and above. The device measures 257.6×35.7×12.2mm.