91mobiles.com
Home Feature Realme Watch India launch on May 25th: design, features and everything we...
Highlights 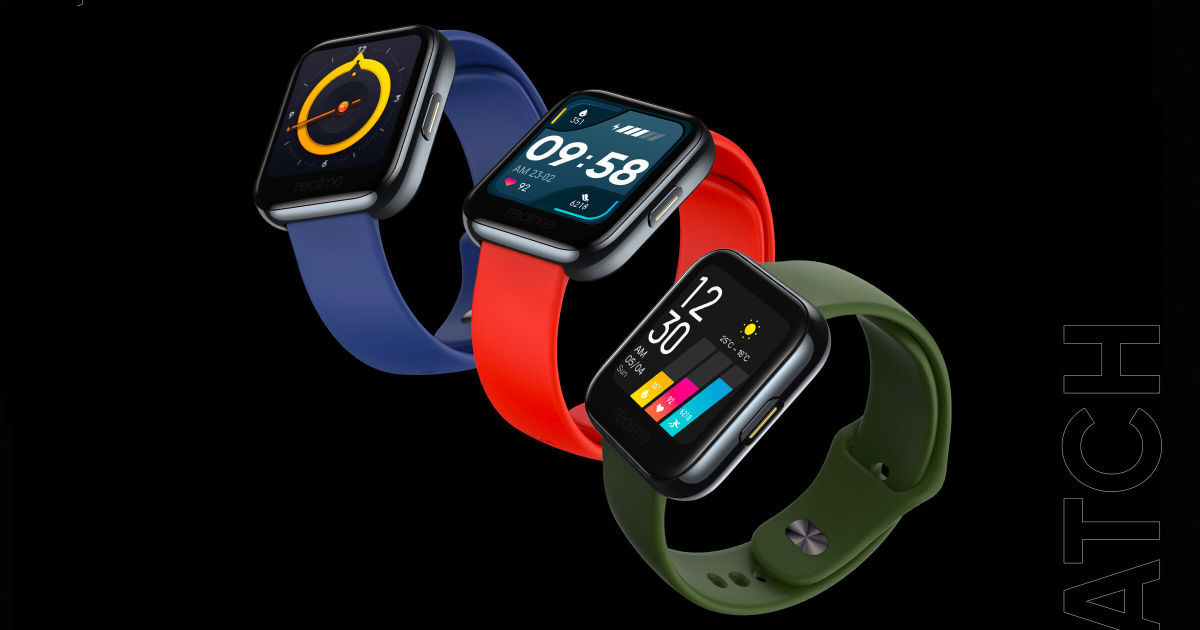 Realme is planning to launch a bunch of IoT products in India on Monday, May 25th, including the Realme TV, Realme Buds Air Neo, and Realme Watch. The brand has revealed key features about all of these products already, leaving little to the imagination. We have already covered the Realme TV features and specifications in detail, which you can check out here. Today, we’re looking at the Realme Watch, the brand’s first smartwatch to launch in India. The company has been actively teasing the Realme Watch design and specifications ahead of the launch event, so here’s a quick rundown of everything we know about this wearable. 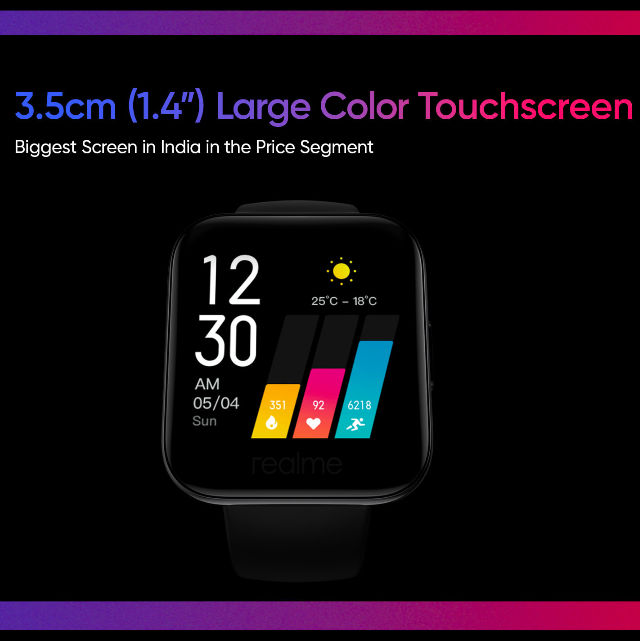 The Realme Watch will have a squarish form factor and colourful straps, inspired by Apple Watch. The smartwatch will come with customisable classic and fashion straps, although the latter will not be immediately available at the time of launch. It’ll house a 1.4-inch touchscreen colour display, which is said to be the biggest in the price segment. The screen will come with multiple watch faces and display content ranging from time and date to phone’s notifications and activities. The promotional images also show a button on the right spine of the dial, which presumably could be used for navigation and other operations. 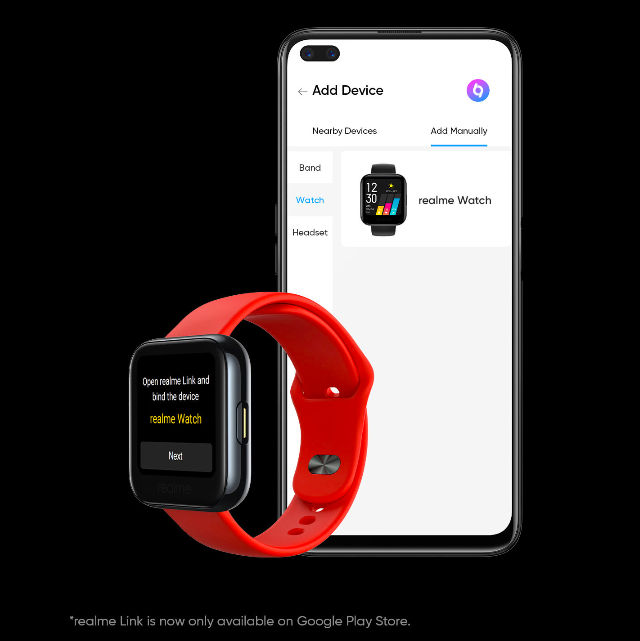 The Realme Watch touts a host of smart features such as 24/7 health-assistant, real-time heart rate monitor, support for 14 sports modes, and smart notifications. Sports modes include walking, running, cricket, yoga, football, basketball, treadmill, badminton, table tennis and more. The Realme Watch will also support the SpO2 monitor to measure the amount of oxygen in the blood. You will be able to pair the watch with a smartphone using the Realme Link app. The Realme Watch pushes sedentary reminders as well. It also features music control to change tracks, play/pause music of the connected phone and camera control.

The Realme Watch price in India will be announced on Monday, May 25th. Given the design, features and Realme’s brand image, we expect the Realme Watch to come with an affordable price tag. The smartwatch will likely compete with the Amazfit GTS under Rs 10,000.