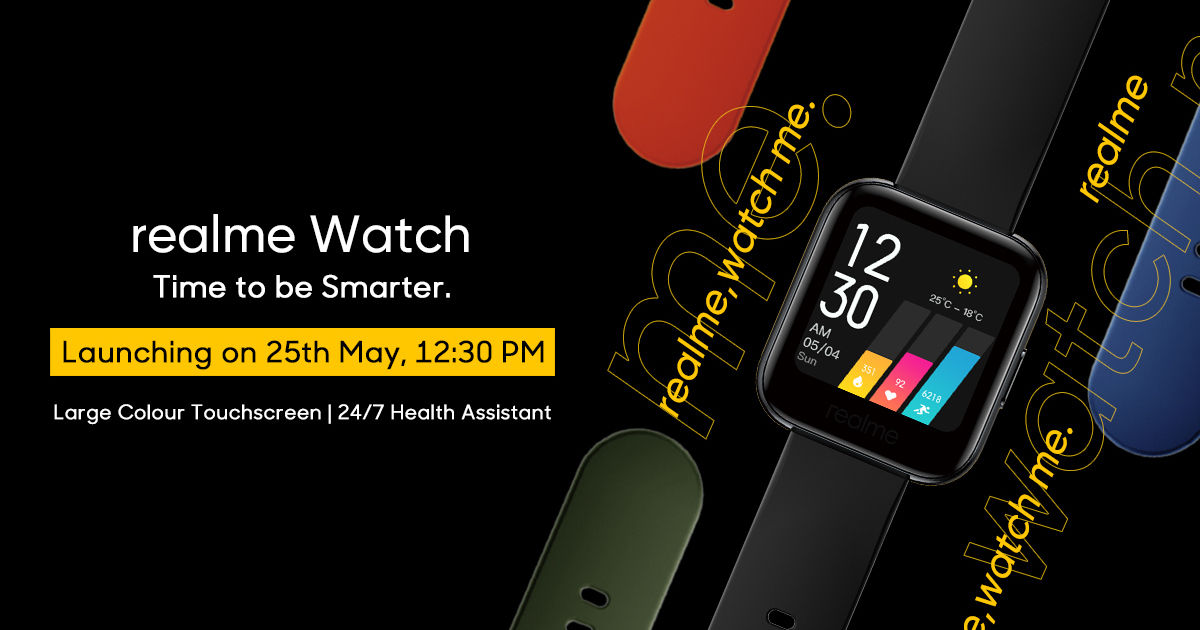 The Realme Watch will also support SpO2 monitor and all-in-one access control via the Realme Link app. Sports modes include walking, running, cricket, yoga, football, basketball, treadmill, badminton, table tennis and more. The colourful watch straps are customisable with classic and fashion straps, although the latter will be available at a later date. The promotional images also show a button on the right spine of the dial, which presumably could be used for navigation and other operations.

Realme Watch supports smartphone notifications from most popular apps, including WhatsApp, Instagram, Twitter, YouTube, Gmail and others. Users can also get notified about calls and SMS as well. The smartwatch pushes sedentary reminders if the user hasn’t moved in a while. Additionally, it is also equipped with features such as music control to change tracks, play/pause music of the connected phone and camera control. While these are key features and specifications listed on the Realme website, for now, we should know more information on May 25th when it launches. Stick around.

Realme Watch vs Amazfit Bip S: which sub-Rs 5,000 smartwatch should you buy?