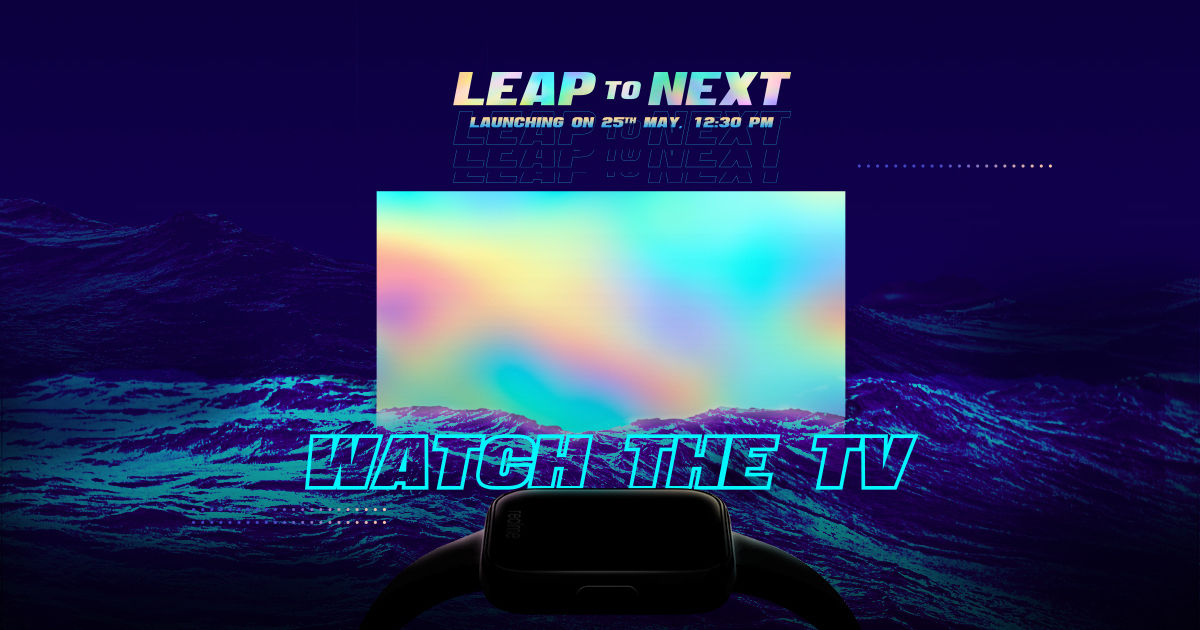 Realme Watch and Realme TV are set to launch in India on May 25th, the company’s India CEO Madhav Sheth confirmed on twitter. The Realme Watch teaser image confirmed it’ll have a square display similar to the Apple Watch, while the Realme TV should be available in multiple sizes, including a 43-inch model based on a packaging image spotted at a shipment warehouse earlier this week. The Realme TV is expected to run Android TV OS and will come with the Netflix app pre-loaded. Realme is simultaneously holding a launch event in China on the same day where it will introduce eight new products, including the Realme X50 Pro Player Edition. 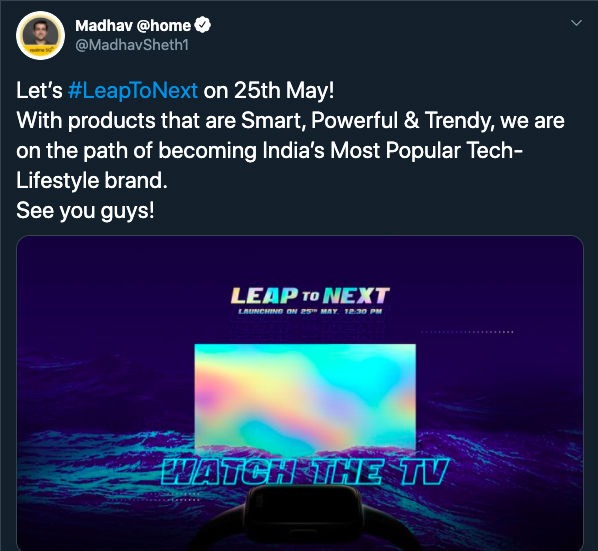 The Realme Watch is said to sport a 1.4-inch touchscreen display with 320 X 320 pixels resolution. It has a single button on the right that can be used to navigate and lock/unlock. The 160mAh battery is said to last seven days on a single charge with 24-hour heart rate monitoring. It connects via Bluetooth 5.0 through the Realme Link companion app. It could ship with features like heart rate monitor, blood oxygen sensor and an accelerometer. The Realme watch won’t run on Google Wear OS, instead, it’ll have a custom UI. It could come with Hindi language support and have five watch faces.

As for the Realme TV, it is expected to carry support for popular OTT apps such as Prime Video, Hotstar, Zee5 and others. The TV will also have Google Assistant for hands-free voice control. Apart from the 43-inch model, the Realme TV will be available in a 32-inch model and also a 55-inch high-end QLED variant. We should know more details going forward.