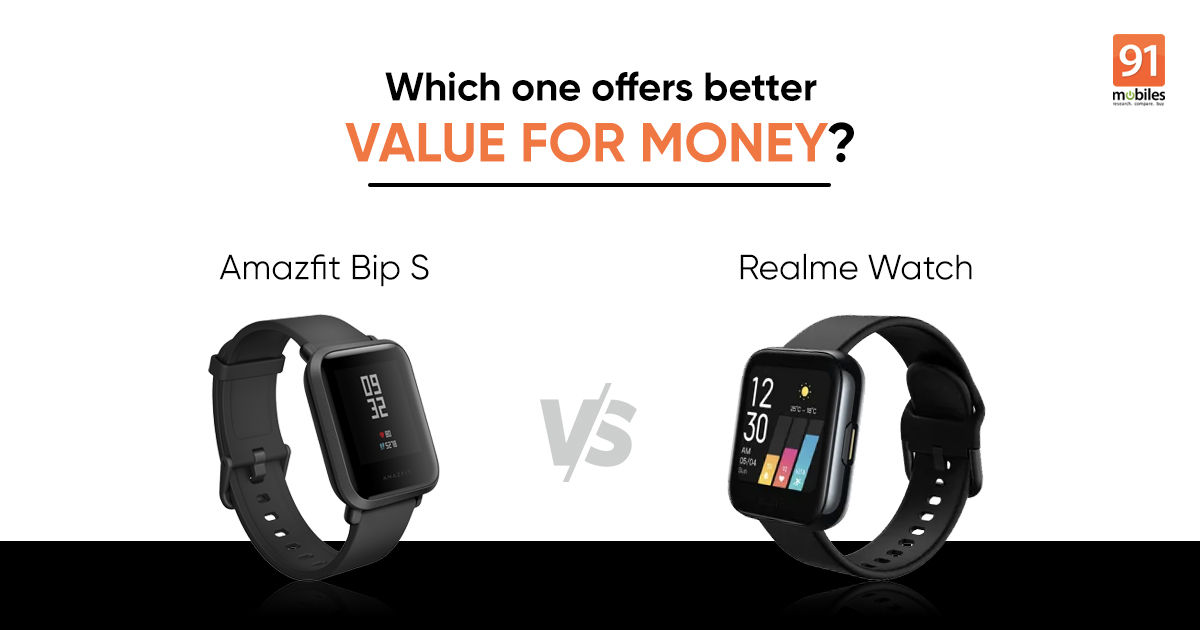 Realme entered the smartwatch segment last month with the launch of the much-anticipated Realme Watch. The smartwatch went on sale in India today at 12PM and is expected to disrupt the segment thanks to its affordable price tag. But the Realme Watch is not the only smartwatch you can get in this segment. Earlier this week, Huami launched the Amazfit Bip S in India, which touts a 40-day battery life, GPS, and more. Both the smartwatches will be competing against each other in the sub-Rs 5,000 segment in India and here’s how they compare in terms of price, specifications and features.

The Realme Watch price in India is set at Rs 3,999. The smartwatch is available on Flipkart and Realme.com during specific sale dates announced by the company. The offline availability of the watch is yet to be announced. Realme has also announced fashion design wrist straps alongside the watch that will be available separately in Red, Blue, and Green colours at Rs 499 each.

The Amazfit Bip S price in India is set at Rs 4,999. The smartwatch will go on sale through Amazfit website, Amazon, Flipkart, and Myntra as well as offline stores such as Croma, Reliance Digital, and Poorvika Mobiles. The Amazfit Bip S comes in Red, Black, White and Pink colours.

Realme Watch and Amazfit Bip S are both designed in a very Apple Watch-like manner. Realme’s smartwatch features a squarish body with a curved glass protection on top and 20mm removable wrist straps. The watch ships with black straps, but you have the option to swap them with fashionable straps in Red, Blue, and Green colours available for purchase separately. Additionally, the Realme Watch has a single flat button for navigation on the right spine.

The Amazfit Bip S also has a squarish body, but with slightly different design. It looks like any other regular watch with silicon strap. The right edge of the smartwatch has a circular crown in red accent instead of a flat button for navigation, and this makes it look more like the Apple Watch.

Realme Watch and Amazfit Bip S both offer a mix of fitness and smart features. The wearables come with real-time heart rate monitor, sleep tracking, and multiple activity modes. The Realme Watch features as many as 14 different sports mode such as Badminton, Cricket, Indoor Run, Outdoor Run, Walk, and Yoga, among others. It also features SpO2 monitoring to track oxygen levels on the wearer’s blood. 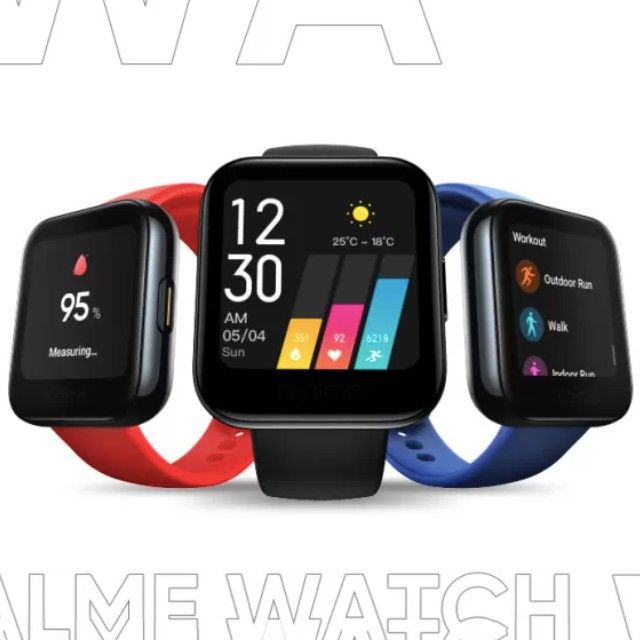 Apart from that, both Realme Watch and Amazfit Bip S are capable of providing notification alerts such as sedentary position alert, voice calls, SMS messages, or chat messages and customisable watch faces. With the Realme Watch, you can also unlock your phone, remotely control its music player, and double it up as a remote for Realme IoT home products.

The Realme Watch specifications include a 1.4-inch display with 320p resolution, touchscreen support, and 2.5D Corning Gorilla Glass 3. The watch is IP68 water and dust-resistance certified that means it can survive underwater up to 1.5 meters and 30 minutes. It’s touted to last up to seven days with the heart-rate monitor enabled on a single charge using 160mAh battery. Additionally, there is a Power Saving Mode that is rated to extend the overall battery life up to 20 days.

The Realme Watch can work with any smartphone running Android 5.0 or above via Bluetooth v5.0 and Realme Link app. The smartwatch is not compatible with iPhones just yet. Lastly, the Realme Watch sports three-axis accelerometer and a PPG sensor. It measures 256mm x 36.5mm x 11.8mm and weighs 31 grams. 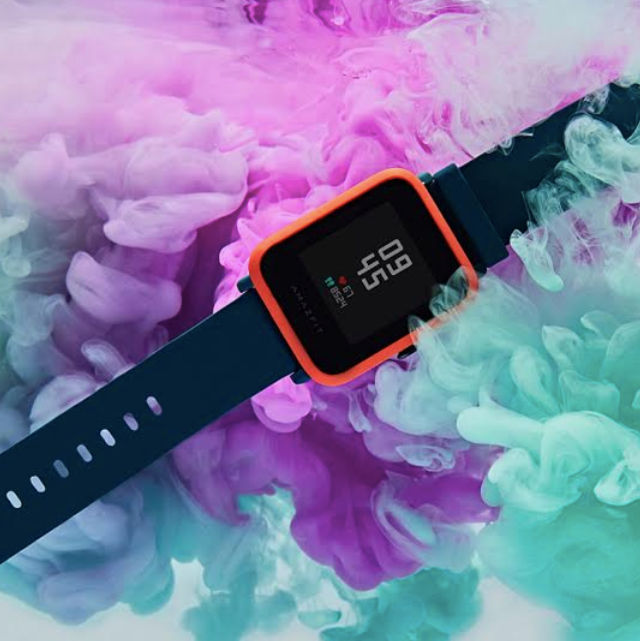 The Amazfit Bip S, in contrast, sports a slightly smaller 1.25-inch transflective colour TFT display with 176 pixels resolution and 2.5D Corning Gorilla Glass 3. The display also features anti-fingerprint coating on top to keep the smudges at bay. The watch is 5 ATM water-resistant build and houses 200mAh battery that is said to last up to 40 days with “minimal usage”. The smartwatch is integrated with Bluetooth v5.0 and Bluetooth Low Energy (BLE) support on the connectivity front. As for compatibility, it works with all devices running Android 5 or iOS 10 or above.

The Amazfit Bip S also gets app support, BioTracker PPG optical sensor, three-axis acceleration, and a three-axis geomagnetic sensor. The smartwatch measures 42mm x 35.3mm x 11.4mm and tips the scale at 19 grams (without strap) and 31 grams (with strap). Notably, the Amazfit Bip S comes with a built-in GPS for improved workout-tracking, which is missing on the Realme Watch. But you should note that while he Realme Watch does not come with a built-in GPS, it can use the GPS of your linked smartphone to map your runs.

Realme Watch vs Amazfit Bip S: which one should you buy

The Realme Watch looks more feature-rich compared Amazfit Bip S, at least on paper. It also comes with some attractive straps, a full touch screen coloured display and a cheaper price tag. The Amazfit Bip S, on the other hand, is more minimalistic in its UI, and therefore, offers a much longer 40-day battery life as well as a built-in GPS.