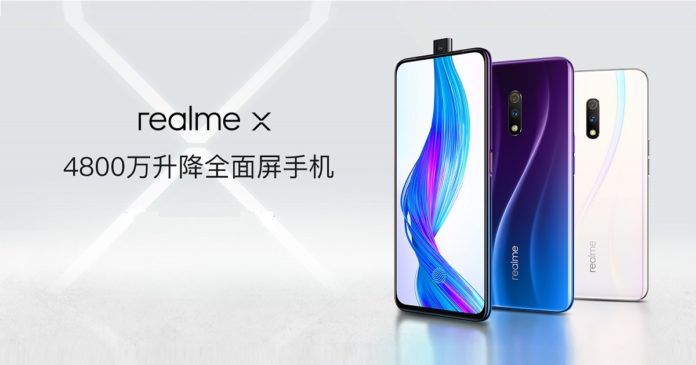 OPPO’s spin-off brand Realme took the wraps off the Realme X (first impressions) smartphone last week in China. The handset is the most powerful from the brand yet, with Snapdragon 710 SoC ticking at its core, AMOLED screen, in-display fingerprint sensor, and a 48-megapixel primary camera. There were speculations that the phone may launch in India soon. Madhav Sheth Realme India’s CEO has now put those speculations to rest by tweeting that the Realme X ‘Indian version’ is coming to the country soon; however, its specs may be different. 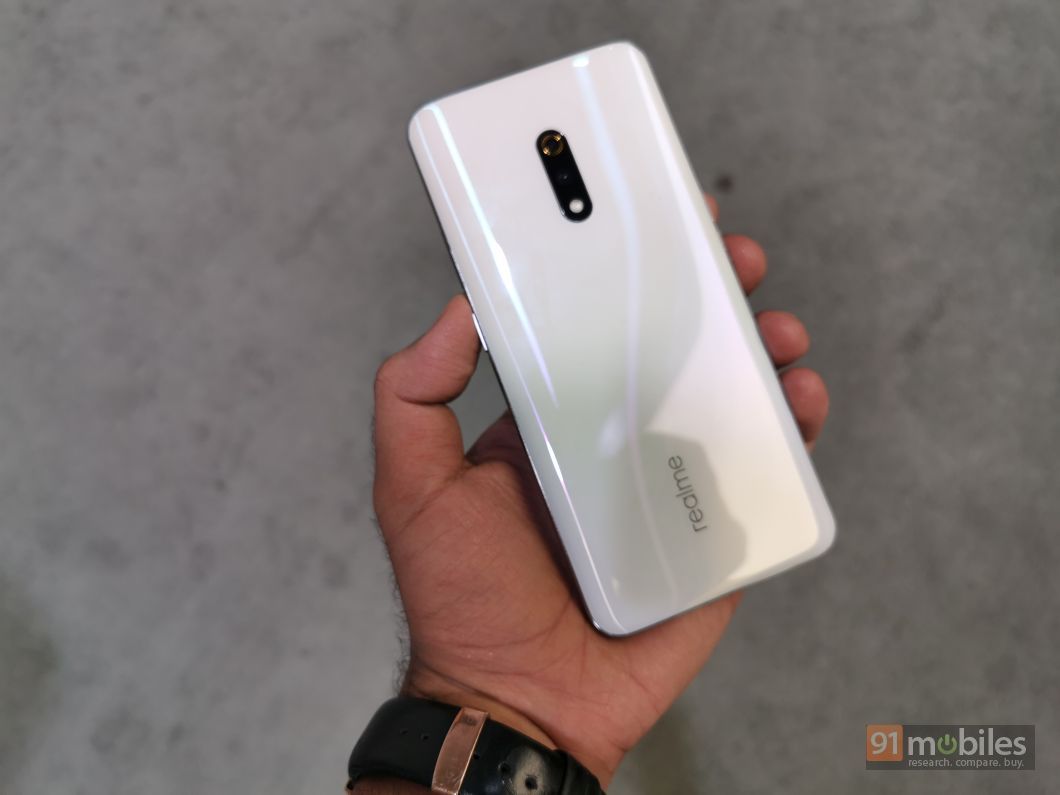 Sheth further announced that the Realme X will be priced in the country at around Rs 18,000. Notably, it’s roughly the price of the 8GB + 128GB variant in China when converted to Indian Rupees. There will be a special Ginger and Garlic variant of the handset and “one more special variant for India” as well.

#realmeX may not necessarily launch at the same specs in India.

We are planning to have an #realmeXIndian version and
pricing maybe around 18k.

Apart from Garlic and Onion, 😊

we will also have one more special variant for India.👍
RT and Guess?

To recall, the Realme X in China ships with 6.5-inch AMOLED notch-less display, sixth-gen optical fingerprint scanner, and Snapdragon 710 SoC with HyperBoost 2.0. The SoC is paired with 6GB/ 8GB of RAM and 64GB/ 128GB in-built storage, which is user expandable via microSD card. In terms of optics, the handset sports 48-megapixel + 5-megapixel sensors at the rear and a 16-megapixel IMX471 shooter with f/2.0 aperture lens on the front for selfies. Apart from this, there is Android 9.0 Pie-based ColorOS 6.0, a 3,765mAh battery with OPPO’s VOOC 3.0, and speakers backed by Dolby Atmos.

Since the specs are said to be different on the Realme X Indian version, there are rumours that it could have a more powerful processor.