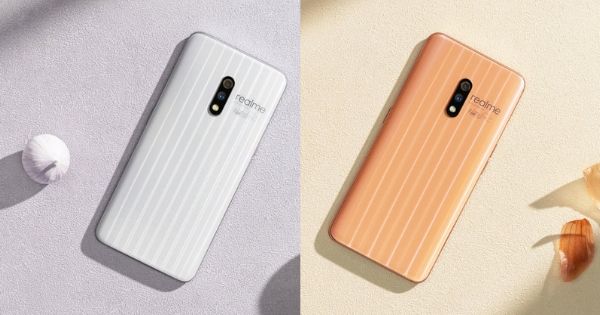 The  Realme X (first impressions) smartphone is set to launch in India later this month. The company hasn’t announced the official launch date yet, but it has been teasing the phone since its international launch. Now, Realme CEO Madhav Sheth has once again taken to Twitter to tease the Realme X China unveiling. However, this time, he has included some new details in the tweet, including the availability of the Onion and Garlic Master Editions of the phone. However, there is still no official date for the Realme X India launch yet, though speculations suggest that it will be unveiled in the country in mid-July.

Get ready to experience the most practical premium smartphone. Say hi to #realmeX!
Good news for the design lovers we will have the onion and garlic design master editions.
RT to show your love. pic.twitter.com/EdGbLTxc6U

Realme launched its flagship device, the Realme X, in China in the month of May. Alongside the standard colours of the Realme X, the company announced a collaboration with Japanese designer Naoto Fukasawa, who developed two new colour variants for the phone. The Realme X Onion and Garlic Master Editions, as they are called, feature design elements from onion and garlic, respectively. To be honest, the design is actually pretty satisfying to look at. According to Madhav Sheth, these special Master Editions will also be launched in India.

The Onion and the Garlic Editions are the work of Naoto Fukasawa, who’s the iconic designer of Muji. The phones feature his signature at the back, below the Realme logo. Realme sampled about 300 prototypes of the design, and 72 gradient tests, before they went with the final design. If you’re someone who appreciates minimalist and quirky design, then you will love these Onion and Garlic Editions of the Realme X. We are not sure how much extra these will cost you, but you will definitely not pay more than Rs 25,000.

In case you’ve forgotten, the Realme X is a mid-range smartphone with a full-view notch-less 6.5-inch AMOLED display with an in-display fingerprint scanner. The phone features a pop-up selfie camera and a dual-rear camera setup. It is powered by the Snapdragon 710 chipset, which can be paired with up to 8GB RAM and 128GB storage. A 3,765mAh battery keeps the lights on, and supports VOOC 3.0 fast charging tech. The Realme X is said to cost around Rs 18,000 in the country, and apart from the Onion and Garlic Master Edition, there will be another special edition made for India.