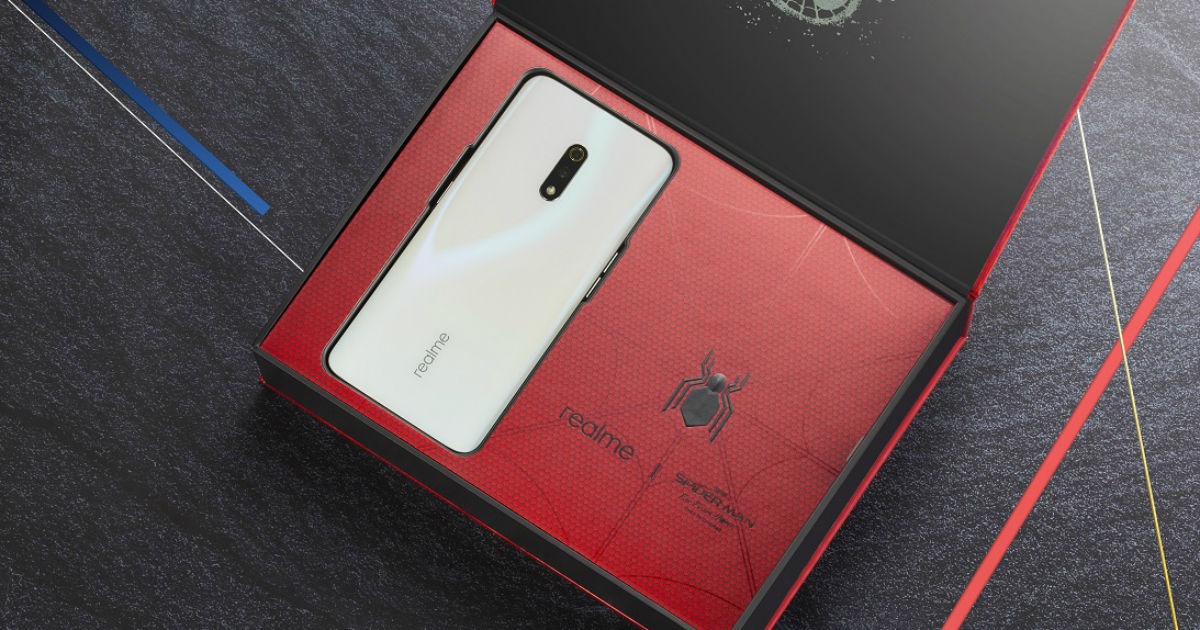 “Realme X Spider-Man: Far From Home edition box consists of a limited edition case and the phone has a Spider-Man-themed ColorOS 6.0 skin”

Realme X India launch is scheduled for July 15th and the brand also announced its collaboration with Marvel’s upcoming movie Spider-Man: Far From Home. Now, days ahead of the event, Realme announced the Realme X Spider-Man edition in India, as reported exclusively. This comes a day before the release of the superhero movie. The special edition was introduced in China last week and is set to go on sale from July 9th. The new Realme X Spider-Man:Far From Home edition comes in a special box packaging consisting of a limited edition case and a Spider-Man-themed ColorOS 6.0 skin with customised wallpaper and icons, in addition to the smartphone and charger. However, the rest of the hardware remains the same, though the only storage and RAM option is 8GB + 128GB.

Realme X is the company’s first phone with a pop-up selfie camera to accommodate a full-screen display and an in-display fingerprint scanner. The handset comes with a 6.5-inch full HD+ AMOLED display with 91 percent screen-to-body ratio. It is powered by the Snapdragon 710 SoC paired with up to 8GB RAM and 128GB storage. There’s a dual-rear camera set up at the back, which consists of a 48-megapixel primary lens and a 5-megapixel depth unit. For selfies, there is a 16-megapixel snapper on the front. Since the launch is just under two weeks from now, we don’t have to wait much longer to know more details.

Madhav Sheth, Realme India CEO, said, “As a young, fast-growing brand, realme has been facilitating access to the cutting-edge of mobile technology at the most cost-effective prices across India. Our dynamism and focus on innovation reflects in our latest brand, tagline, Dare to Leap. This brand proposition also resonates with Spider-Man, a much-loved superhero who has stood out amidst a galaxy of superstars and made his own place in the hearts and minds of people across the globe. With the launch of realme X Spider-Man edition and the special gift box, we are celebrating this shared synergy and giving our customers a chance to have a deeper engagement with their friendly neighbourhood superhero.”