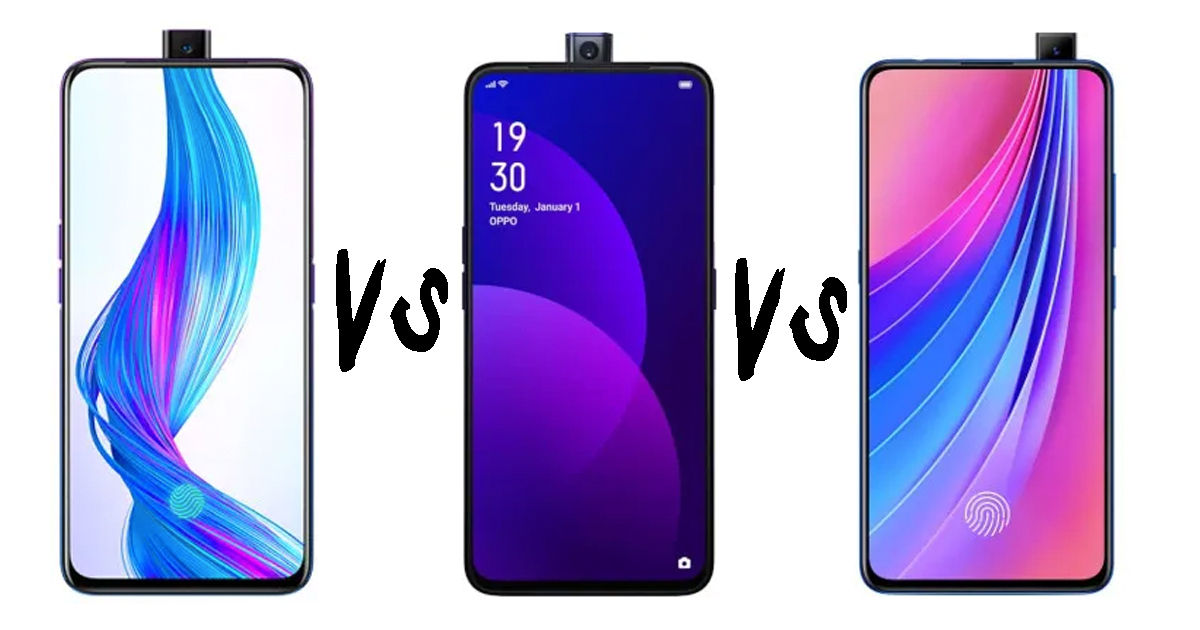 “The Realme X is the latest smartphone with an elevating selfie camera, so let’s see how it fares against the other pop-up selfie camera-toting smartphones, the F11 Pro and V15 Pro”

All three of the phones we’ll be comparing today have two major things in common — bezel-less full-screen front surfaces and pop-up cameras. These handsets fall in the mid-range category, and come packed with the specifications to justify that. The newly-launched Realme X has grabbed a lot of attention for its powerful hardware. And its makers have made it clear that the device will soon be making its way into India. When it does, the OPPO F11 Pro (review) and the Vivo V15 Pro (review) will be its formidable opponents in the market. So let’s do a comparison between the three to see which one comes up at the top (pun intended). 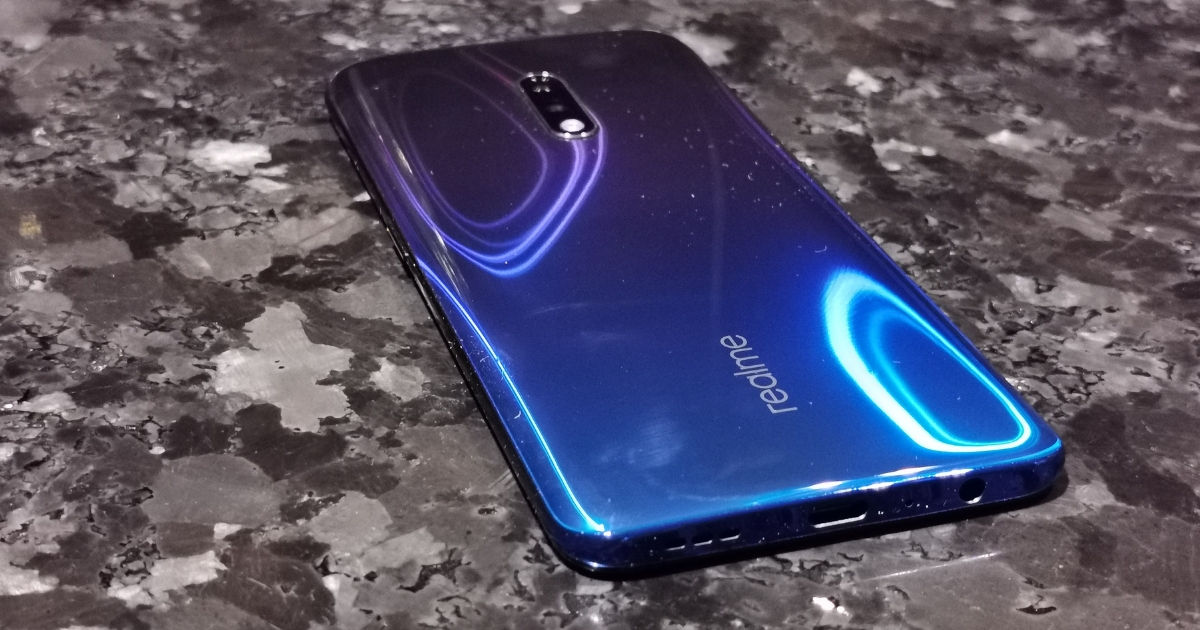 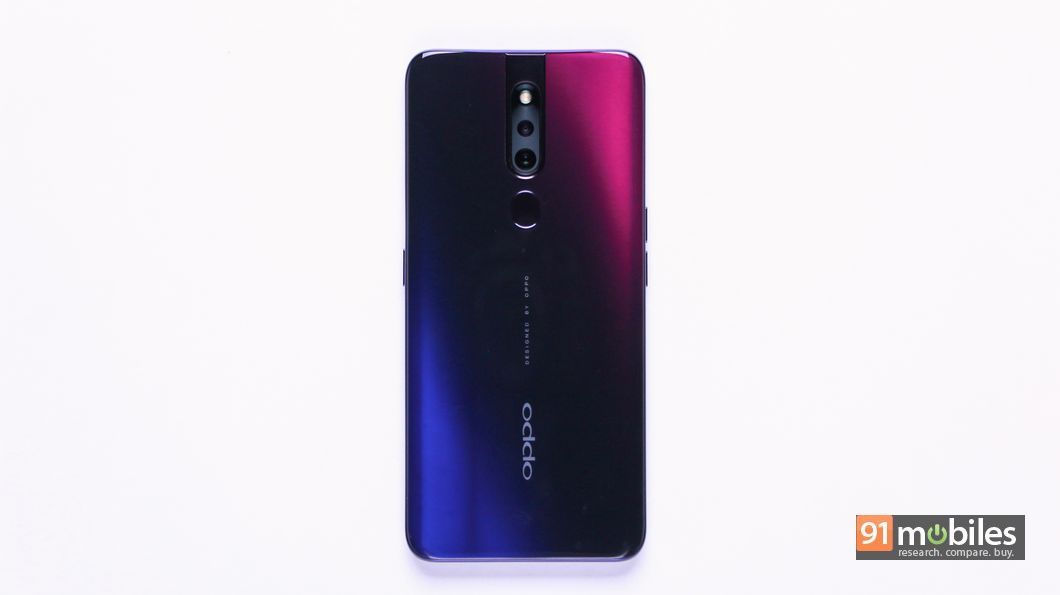 All three of these phones feature plastic rear surfaces that give the appearance of being glass, and all three even have gradient colours on their backs. While the Realme X and the F11 Pro come with dual cameras on their rear panels, the V15 Pro flaunts a triple-camera setup. Like we said before, the motorised pop-up camera has been adopted by each of the three handsets. Only the F11 Pro has a rear-mounted fingerprint reader, whereas as the other two devices hold their biometric modules underneath their displays. 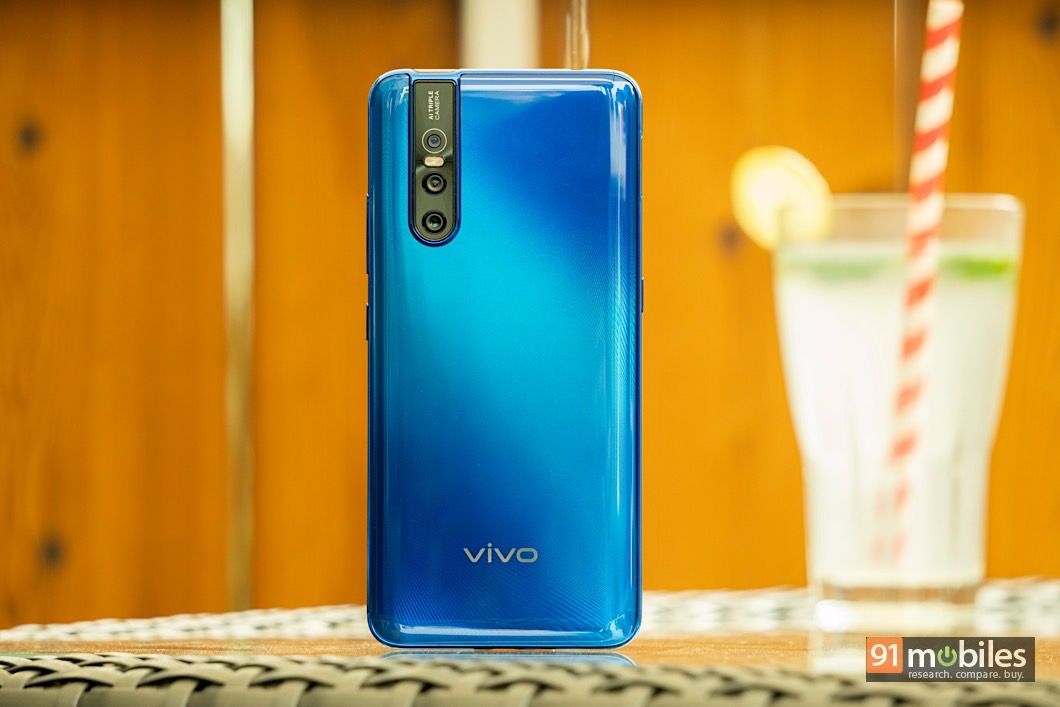 Powering the Realme X is the Snapdragon 710 chipset that offers a 2.2GHz octa-core processor and an Adreno 616 GPU. And the Vivo V15 Pro comes equipped with a Snapdragon 675 SoC, comprising a 2GHz octa-core CPU and Adreno 612 GPU. These two are definitely superior to the OPPO handset’s Mediatek Helio P70 chipset, which grabs a 2.1GHz octa-core processor and a Mali-G72 MP3 GPU. We’ve already mentioned that these smartphones come with a number of RAM and storage options. Worth noting that the Realme X is the only one among the three to not offer a microSD card slot.

Android 9.0 Pie is the base software on these phones which is layered with proprietary skins. Both the Realme X and the OPPO F11 Pro run ColorOS 6, which comes with updated gesture navigation, a cycling mode, a cloud storage service and even a digital assistant. As for the Vivo device’s Funtouch 9 OS, it’s highlighted by a video editor. The other features of this ROM are more or less similar to those of the other Chinese ROMs. 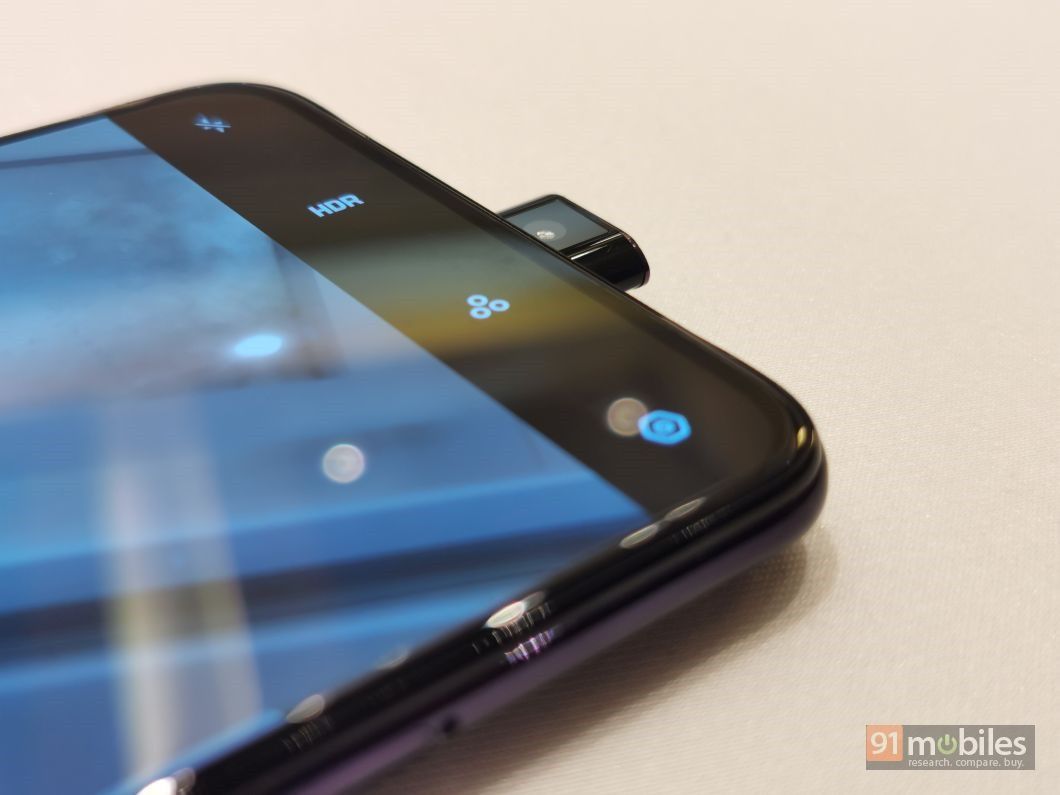 A 48MP main sensor and a 5MP depth sensor are common for all three of these devices, with the V15 Pro adding a third 8MP sensor. The Realme X pairs its main camera with an f/1.7 lens, while the other two phones opt for f/1.8 apertures. This results in great low-light shots with all three handsets. Portrait modes are also on offer here, apart from all the regular knick-knacks of modern phone cameras. That additional 8MP camera on the V15 Pro is meant for its ultra wide-angle mode. The Realme X and the OPPO F11 Pro have opted for 16MP front cameras, while the Vivo device goes for a 32MP selfie shooter.

Inside the Realme phone is a 3765mAh battery that’s complemented by 20W VOOC 3.0 fast charging. The same charging standard also exists on the OPPO F11 Pro, but its battery is rated slightly higher at 4000mAh. The V15 Pro on the other hand, kicks in a 3,700mAh
battery that can fast charges at 18W. 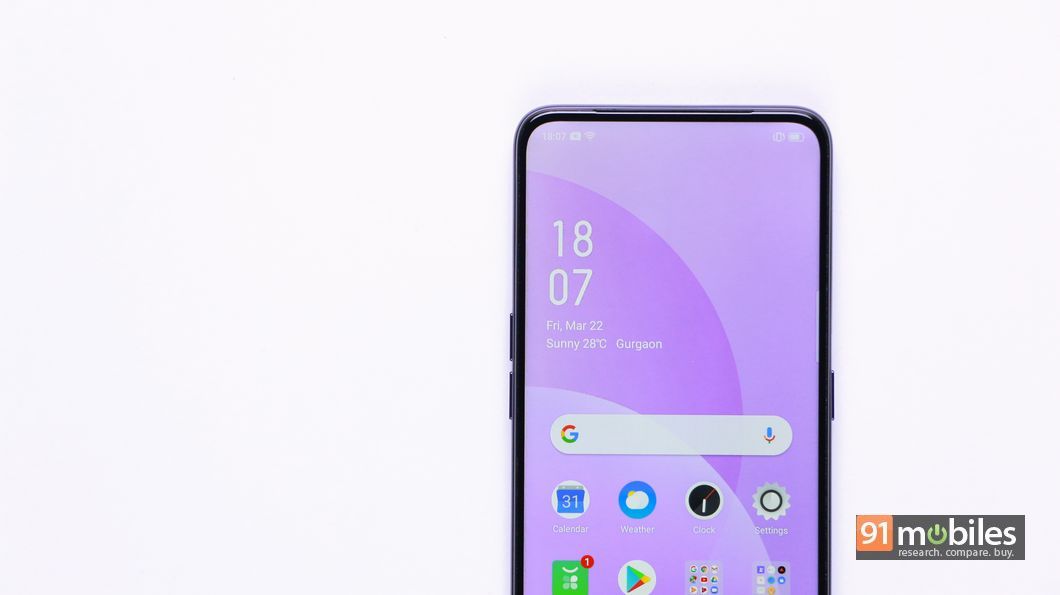 We don’t know the Realme X price in India yet, but what we do know is that the company will be pricing it competitively like all its other devices in the subcontinent. As is clear from the comparison, the OPPO F11 Pro seems to be the most underpowered of the trio, while the Realme X might just gain an advantage against the Vivo V15 Pro with its attractive pricing. 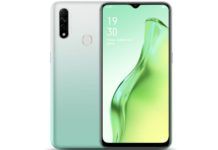 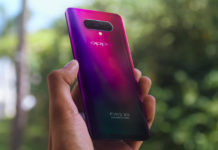 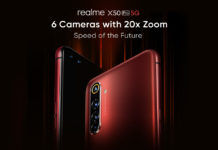 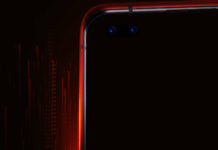 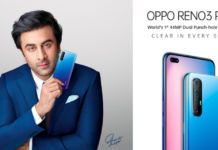 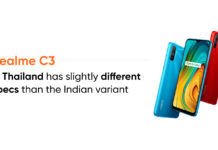 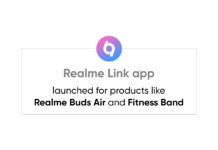 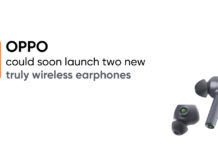 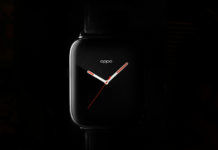 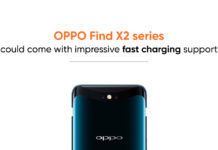