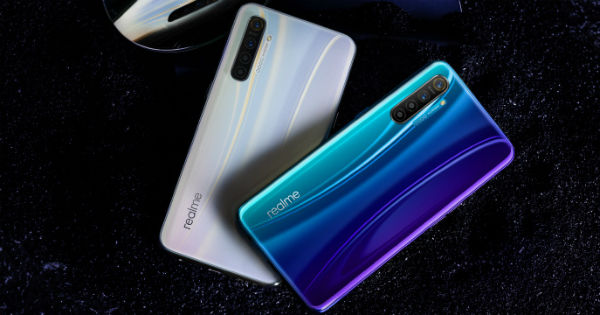 The Realme X2 smartphone is all set to go official in China on September 24th. A teaser image by the brand confirms the Realme X2 would come with 64MP primary sensor. While nothing else has been revealed, there’s a possibility it could be the Realme XT 730G phone that the brand confirmed would launch in India in December at the XT launch event last week. This means the Realme X2 could come with 6.4-inch AMOLED display with waterdrop notch to accommodate the selfie snapper, a 4000mAh with 30W VOOC fast-charge, and would ship with Snapdragon 730G gaming chipset.

Separately, the brand’s China CMO Xu Qi Chase in a Weibo post revealed that the Realme X2 would be available in at least two different colour options — both with gradient finish. The image shows a back panel that is very similar to the recently launched Realme XT. The Realme X2 packs 6GB LPPDDR4x RAM with 64GB storage and another variant with 8GB LPPDDR4x RAM with 128GB storage that is further expandable up to 256GB with microSD. It runs on Android 9.0 Pie with ColorOS 6.0 custom skin on top.

In terms of optics, the Realme X2 could come with 64MP primary sensor with Samsung GW1 sensor, an 8MP ultra-wide-angle lens, a 2MP depth sensor, and a 2MP 4cm macro lens. It could have a 32MP snapper on the front for selfies and video chats and an in-display fingerprint sensor for security. Connectivity features include 4G VoLTE, dual-band Wi-Fi, Bluetooth 5, GPS + GLONASS, and USB Type-C. As mentioned above, a 4,000mAh battery with 30W VOOC fast charging support should fuel the handset. Since the launch is just a week away, we should know more information about the Realme X2 soon.