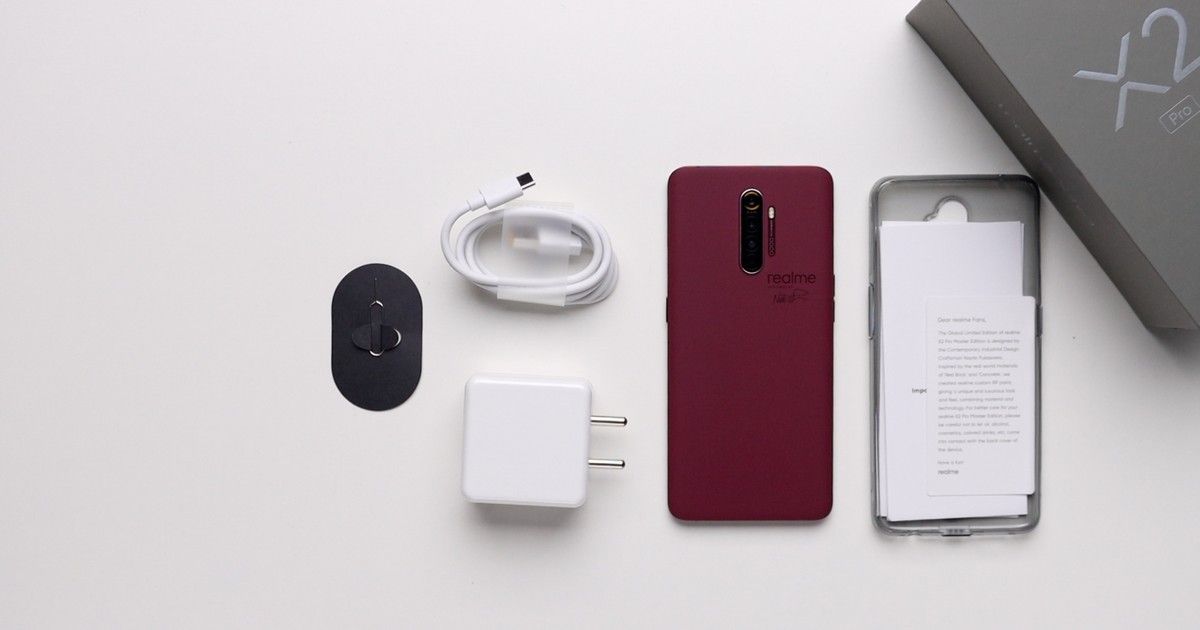 Realme announced its most premium smartphone till date in the form of the Realme X2 Pro (review) in India last month. It’s the most affordable phone to pack in the Snapdragon 855+ chipset and a 90Hz display. Apart from the superlative performance, the phone also packs in a quad-camera setup with a 64MP primary sensor as well as super-fast charging. However, that was not all. As with the Realme X (review) that was launched back in July, Japanese designer Naoto Fukasawa has made two Master editions for the X2 Pro as well. 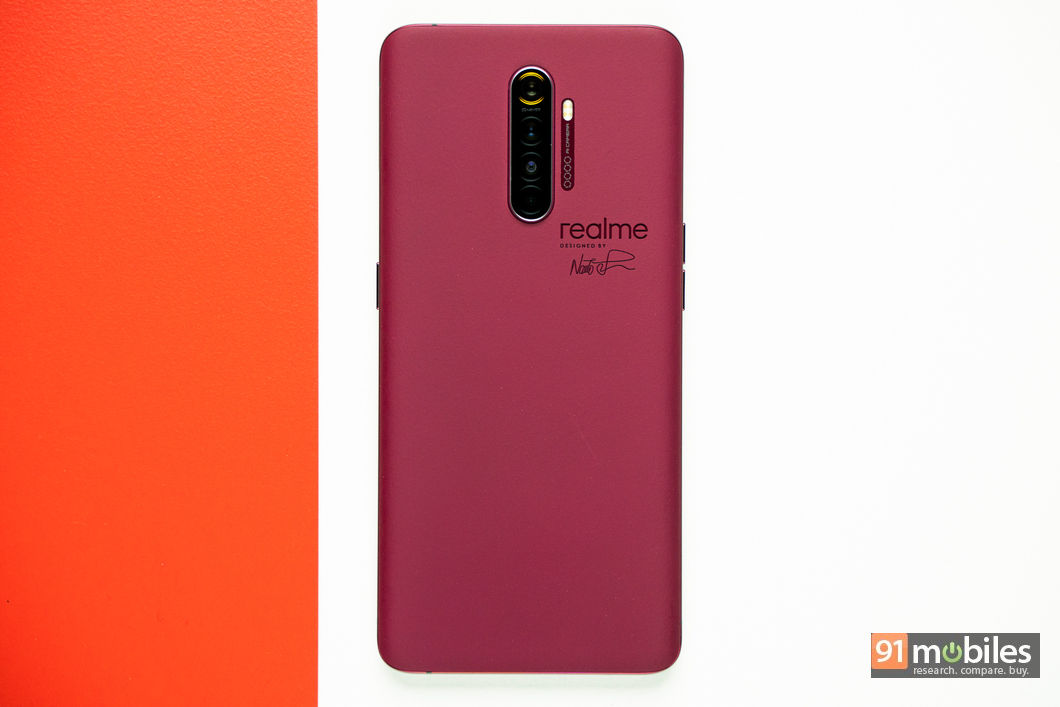 The Master Edition Realme X2 Pro can be bought on Realme.com and Flipkart for Rs 34,999. You have a choice between the Red Brick and Concrete colour variants of which Realme sent us the former. While we have already reviewed the Realme X2 Pro in detail, the new Master Edition offers a new look and feel to the device that is definitely worth exploring. I had the chance to play around with the device and here are my impressions. Point to be noted here is that this piece will only cover how visually different the Master edition is from the regular X2 Pro.

Right off the bat, the Realme X2 Pro Master Edition and its box employ a sandstone finish that is quite reminiscent of the OnePlus 2. It is quite clear from the name and also the design that the inspiration for this Master Edition is from bricks. Naoto Fukasawa has earlier taken inspiration from simple objects, with an example being the Onion and Garlic editions of the Realme X smartphone. The sandstone finish lends a different feel to the hand than the normal run-of-the-mill glossy-backed smartphones that have become staple these days. In terms of the overall packaging, there is nothing extra in the Master edition that you already don’t get with the standard edition. 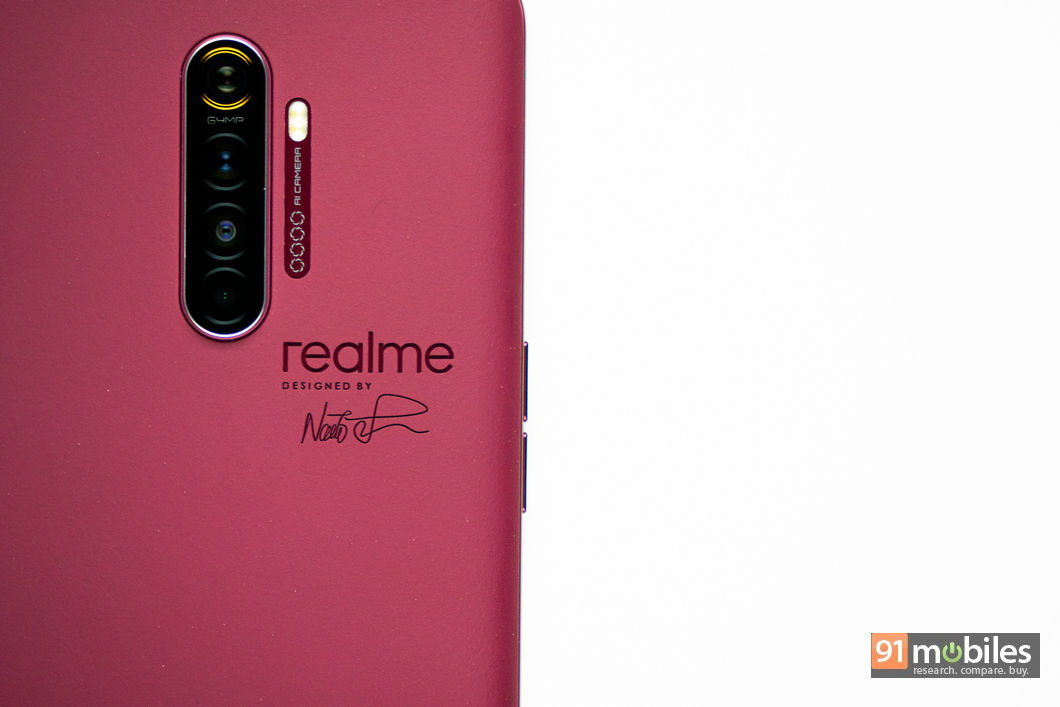 While the device is certainly a looker, there is a bigger problem that appears to have not been addressed. I can see the Sandstone back on the device picking up scratches over time as the OnePlus 2 did although the former did not pick up any marks when I scratched it with my nails. The device also has slightly more weight to it that the standard X2 Pro, although you will hardly be able to make that out. The phone has a metallic frame with a maroonish red colour slightly lighter than the sandstone back. Overall the phone has a simple yet elegant finish to it which I very much prefer over the glossy, dual-tone, matte-finish or whatever it is these days that smartphone OEMs slap on the back of their phones. 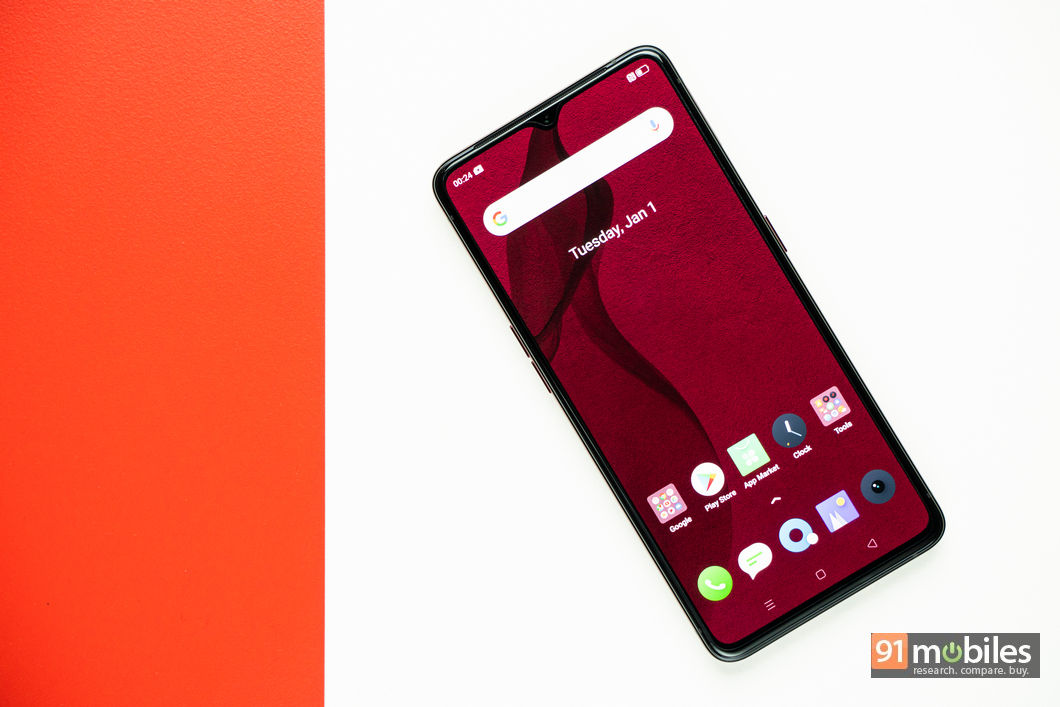 The performance part of the device is nearly identical to the standard Realme X2 Pro with the addition of 12GB RAM instead of 8GB. The Realme X2 Pro is a stellar device and even the Master Edition of the phone costs less than the lowest end variant of the competing OnePlus 7T (review). A great software experience on the OnePlus 7T is the only determining factor to even consider it over the Realme X2 Pro Master Edition. Otherwise, the latter is surely the more compelling device.