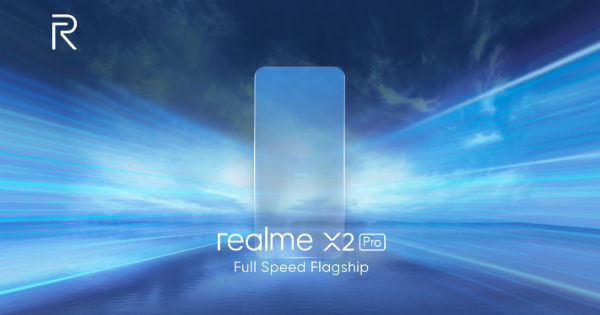 Realme X2 Pro is said to be the name of the company’s first flagship smartphone. The company has already confirmed that the handset would feature 90Hz refresh rate and the screenshot posted shows off the system-wide dark theme. Now, the brand has confirmed that Realme X2 Pro is indeed the name of the flagship, it would come with Fluid AMOLED display and Snapdragon 855 Plus SoC. Moreover, Realme website’s landing page suggests that it will have quad-camera setup with a 64MP primary sensor, like the Realme XT/X2. However, the macro lens will be replaced with a telephoto lens that will offer 20x hybrid zoom. The ultra-wide-angle lens will 115-degree field of view and is capable of capturing 2.5mm macro shots.

🔋Charging your phone completely in 35 minutes?

⚡️With realme X2 Pro, its possible thanks to its 50W SuperVOOC Flash Charge. The quickest charge in Europe.

Furthermore, the Realme X2 Pro is also confirmed to feature 50W SuperVOOC fast charging support and is likely to run on Android 9.0 Pie with ColorOS 6.1 skin on top. The handset would come with Nightscape 2.0 for low-light photography, improved image stabilisation algorithm, and real-time bokeh in videos. Realme RMX1931, which is expected to be the model number for Realme X2 Pro, recently received Bluetooth SIG certification. The listing suggests that it would come with 6.55-inch full HD+ display with waterdrop notch, an in-display fingerprint scanner, Bluetooth 5.0, and dual-band Wi-Fi.

However, details regarding the RAM, storage and battery capacity are scarce at the moment. The handset is confirmed to launch in Spain very soon, and the teasers suggest it will also be available in the UK. Realme X2 Pro could launch in India in December alongside Realme XT 730G edition. We should know more in the next few days.