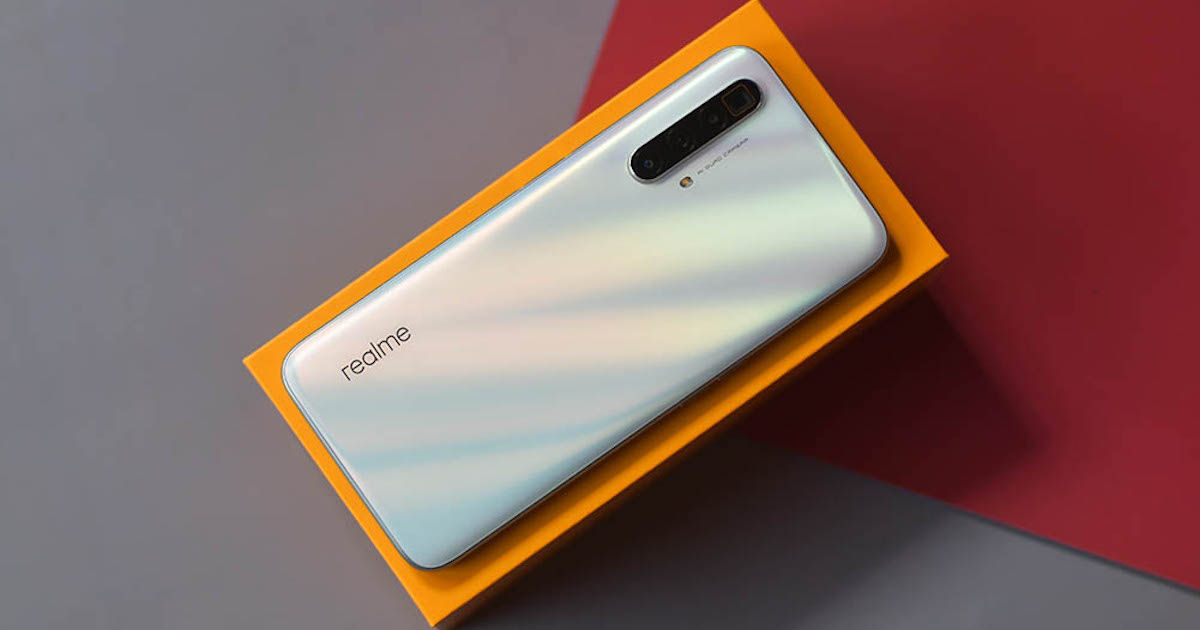 Realme X3 SuperZoom global launch event will take place on May 26th in Europe. The company confirmed this via teaser posters on Twitter. The smartphone has of interest in recent days, especially after Realme confirmed it will be launching in India soon. The brand is yet to set a launch date for the smartphone in the country, but it should happen soon after the global announcement. Earlier this week, some alleged Realme X3 SuperZoom specifications and live images leaked out. The smartphone looks similar to the Realme X50 5G as it will come with a dual-punch hole cutout and side-mounted fingerprint sensor. 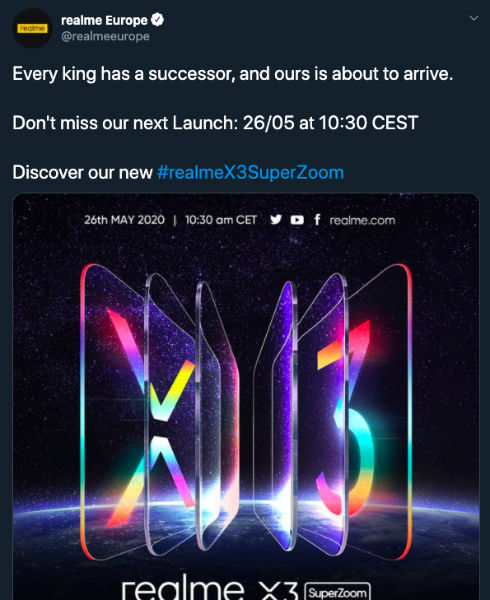 According to the leaked specifications of the Realme X3 SuperZoom, the smartphone will ship with the Snapdragon 855+ SoC paired with 12GB RAM and 256GB internal storage, but there could be other RAM and storage options as well. It is said to sport a 6.6-inch full HD+ display with 120Hz refresh rate and dual-punch hole cameras. The quad-camera setup at the back could include a 64MP Samsung GW1 sensor and a periscope lens with 60x digital zoom support.

Realme X3 SuperZoom is said to house a 4,200mAh battery with 30W Dart Flash Charge support is tipped to fuel the phone. For selfies, it could rock a 32MP IMX616 selfie camera and a secondary lens. The Realme X3 SuperZoom will feature a side-mounted fingerprint sensor for security and Dolby Atmos sound support. Leaked images show the phone will not come with a 3.5mm headphone jack or a microSD card slot. The device is rumoured to arrive in Arctic White and Glacier Blue colours.