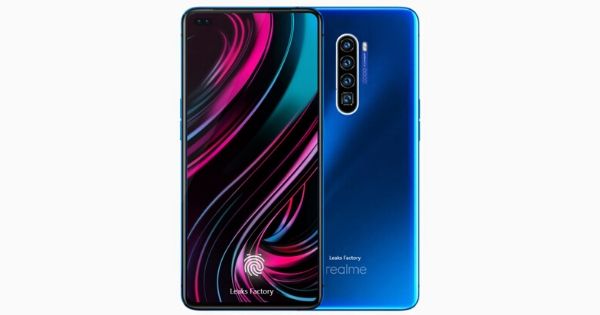 The upcoming Realme X50 5G from OPPO’s spin-off brand Realme has surfaced on Chinese certification authority. The handset, which is designed to take on Xiaomi’s recently launched Redmi K30 5G smartphone, has allegedly been spotted on MIIT (Ministry of Industry and Information Technology) China with model number RMX2051. It’s indeed the Realme X50 5G smartphone, and the source has also mentioned the display, chipset, and other specs of the handset. Realme has already confirmed the launch of its X50, which will be the company’s first smartphone to rock 5G connectivity.

Realme X50 is tipped to feature a 6.55-inch LCD display, which was rumoured to be in Realme X50 Youth Edition previously. The display is said to feature dual punch-hole for dual selfie cameras, just like the Redmi K30 5G smartphone. The handset will be powered by the latest mid-range Qualcomm Snapdragon 765G SoC with 5G modem integrated. For photography, the Realme X50 will reportedly sport Sony’s 64MP IMX686 primary sensor in the quad-camera setup at the back.

Going by previous Realme X50 leaks and rumours, the quad rear camera setup will also include an 8MP ultrawide lens, a 2MP macro lens, and a 2MP depth sensor. The front camera of the phone is likely to get a 32MP sensor and an 8MP wide-angle lens. the phone may house a 4,500mAh battery and support 30W VOOC fast charging.

Realme X50 5G is said to be accompanied by a Realme X50 Youth Edition. The handset is expected to ship with MediaTek MT6885 5G chipset instead of Snapdragon 765G SoC. Apart from this, it’s tipped to employ a 6.55-inch IPS LCD display, 16MP quad-camera setup, 32MP selfie shooter, and a 5,000mAh battery with VOOC 4.0 Flash Charge support.