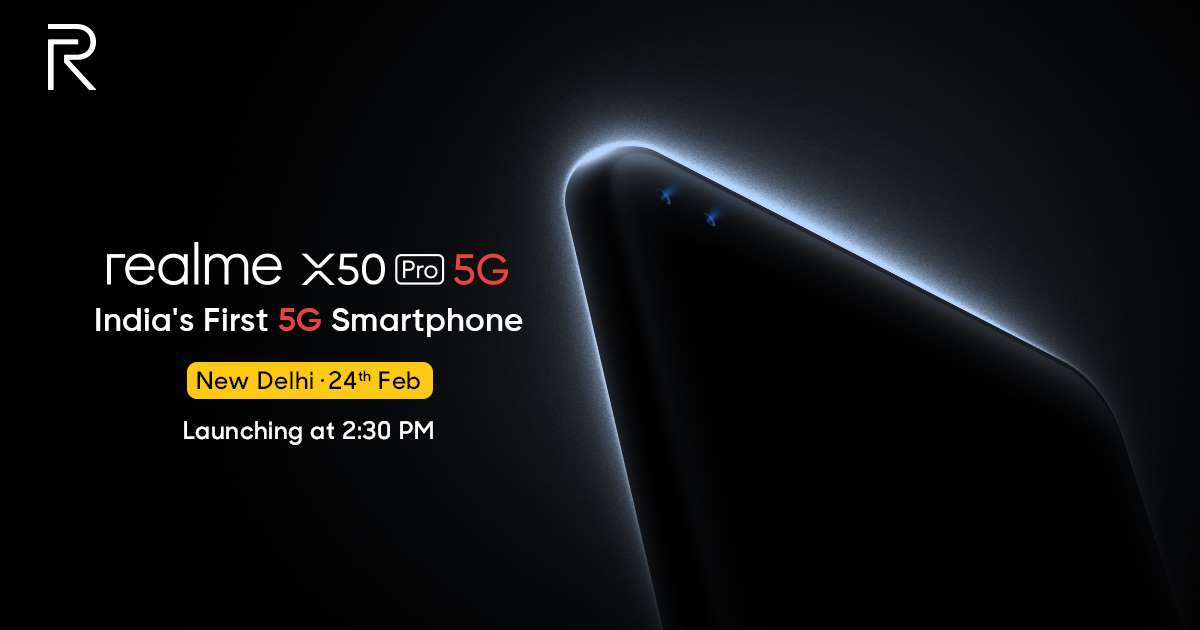 “Realme X50 Pro 5G is launching on February 24th, 2020. Ahead of the official launch, the price of the handset has leaked.”

Realme will launch its first-ever 5G smartphone in India on February 24th, 2020. The device will take a one-day lead over the iQOO 3 5G smartphone, which is launching on February 25th, 2020. Right ahead of the launch, the pricing of the Realme X50 Pro 5G has been leaked. As per the source, the Realme X50 Pro 5G will be priced somewhere around Rs 50,000 in India. However, a tweet from CMO of Realme India Francis Wang suggests that the handset could be priced at a lower price point as well. Considering that the brand has so far remained budget-friendly, it seems a little odd that the handset could be priced around Rs 50,000 in the country.

The report has come up right ahead of the launch of the Realme X50 Pro 5G in India. The source claims that the tip has been given by a company official who prefers to stay anonymous for obvious reasons. Though the source mentions the price of the Realme X50 Pro 5G handset in India to be Rs 50,000, we would request our readers to take this leak with a slight grain of salt as of now. The fact that we have received a contradictory hint from Francis Wang, CMO, Realme India also puts a question mark to the leaked price. In a recent tweet by Francis, we noticed that he has mentioned that Realme aspires to mark its presence in the Indian smartphone market in budgets ranging from Rs 6,000 to Rs 40,000. The statement could likely be a mistake on his part, but the chances of that happening are next to none. Here’s the tweet for reference:

From 6k to 40k, we will work something out to cover every price point.

Speaking of the specifications of the device, the Realme X50 Pro 5G will feature s Super AMOLED display with a 90Hz refresh rate. Coming to the cameras, the device will feature a total of six cameras – a quad rear camera comprising of a 64MP primary sensor with up to 20X zoom, and a 32MP front camera alongside a secondary sensor.

iQOO 3 – The standout performer is even more attractive now